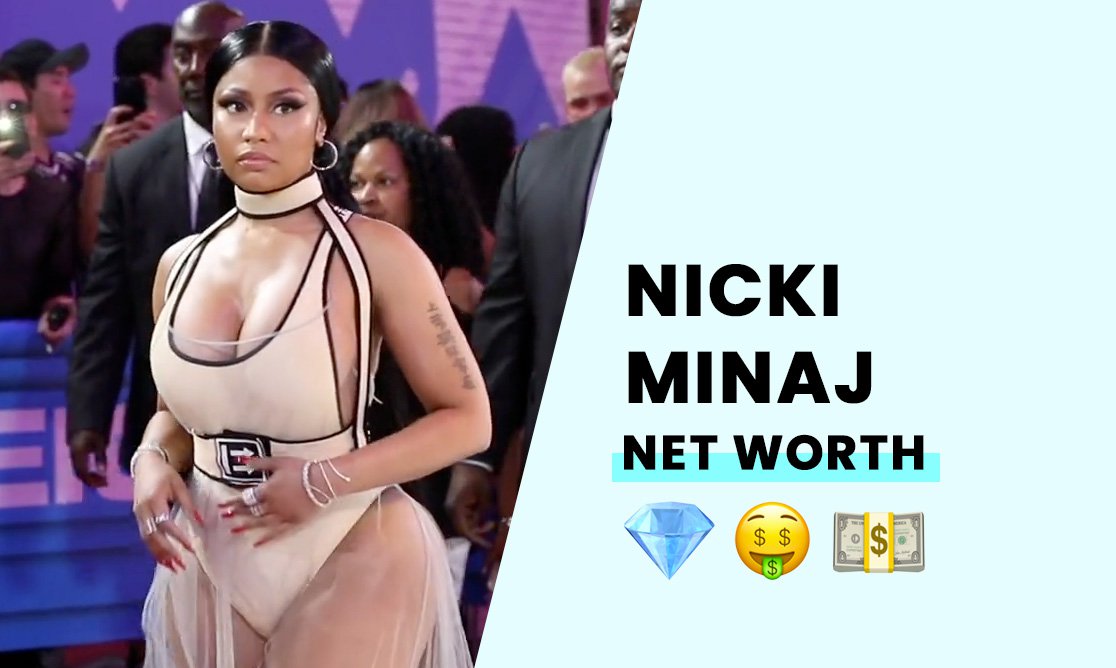 The estimated net worth of Nicki Minaj is $80 million.

The American rapper has a successful career in the hip-hop scene, and she is a successful model and entrepreneur. Nicki Minaj saw her career take off in 2009, and she continues to be one of the most influential female stars in hip-hop.

Born on the 8th December 1982, in Saint James district of Port of Spain, Trinidad, and Tobago, Onika Tanya Maraj lived with her grandmother in Trinidad as a child. Her mother left the Islands to move to New York, bringing Nicki across to the US when she was 5-years old.

Nicki's mom raised her in their family home on 147th Street in South Jamaica, Queens, while attending Monroe College.

However, Nicki endured a somewhat torturous childhood due to her father's addiction to alcohol and drugs. One night while drunk and high, her father burned their house to the ground, with the family narrowly escaping with their lives.

While Nicki is an island girl, she spent her youth growing up in New York City. She attended Fiorello H. LaGuardia High School of Music & Art and Performing Arts, graduating in the class of 2000. After finishing her academic career, Nicki landed a role in the off-Broadway play "In Case You Forget" in 2001.

How did Nicki Minaj build her net worth?

Early in her career, Nicki had to support herself with a waitressing job at Red Lobster. However, she ended up with her manager firing her from the position. She started her music career in 2004, signing with the hip-hop group "Full Force." Her commitment to the group only lasted 6-months, and she released her first solo mixtape in 2007 and another in 2008.

However, Nicki got her big break after Lil Wayne discovered her in 2009. Wayne instantly offered Nicki a contract with his company "Young Money Entertainment." After signing with Wayne, she appeared in collaborative tracks with other Young Money artists.

Nicki released her debut solo album in 2010, "Pink Friday." The studio album sold 375,000 copies in its first week, and Nicki started to garner attention in the industry and the hip-hop community. After a successful debut, Nicki recorded four studio albums, selling tens of millions of records worldwide.

Nicki worked with some of the biggest names in hip-hop during her career, including Drake, Meek Mill, DJ Khaled, and many more. The rapper also admits she lusts for high-end designer brands, and she loves spending money on Fendi shoes and clothes from brands like Versace and YSL, and she reportedly spends around $50,000 per month on luxury goods.

Nicki believes in the power of persistence and never giving up on her dreams. The talented rapper knows that her life can change in an instant, and she's always looking out for new opportunities.

How rich is Nicki Minaj?

With an estimated fortune of $80 million, Nicki Minaj is one of the top-selling and most-respected female artists in the hip hop game.