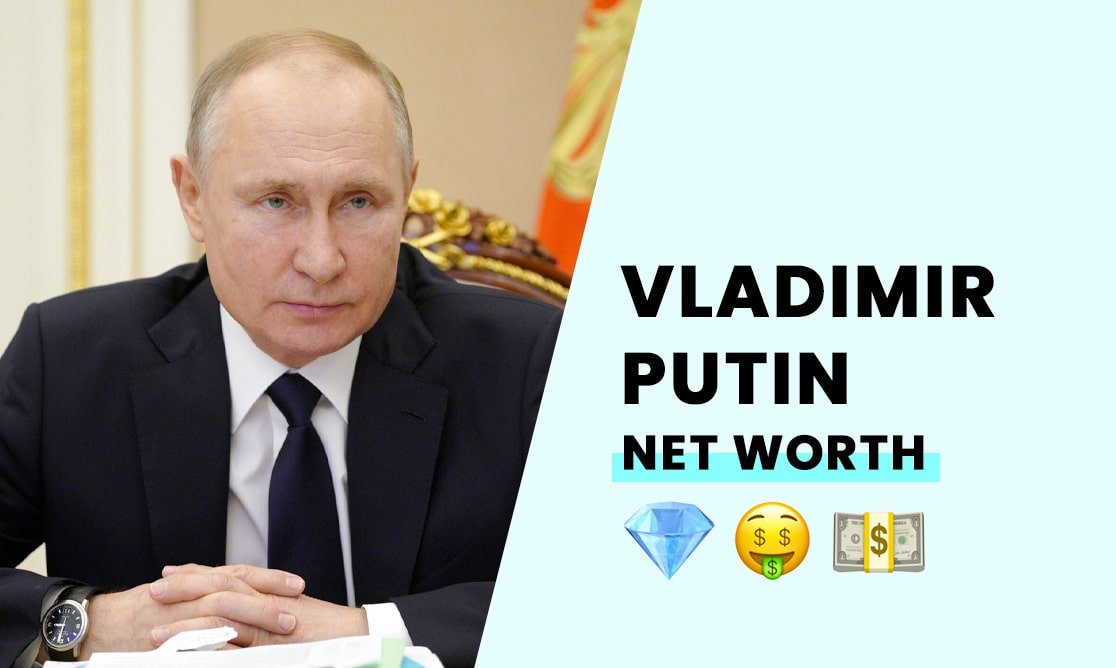 Vladimir Putin's net worth is estimated to be approximately $70 billion, but it could be much higher than that.

It is practically impossible for anyone outside of his closest circle to know with any certainty what his actual net worth is. Given the scale of his economic interests, some analysts have even gone so far as to conclude that Vladimir Putin is the richest person in the world.

Vladimir Vladimirovich Putin was born October 7, 1952, in Leningrad — now Saint Petersburg — in Russia to Maria, a factory worker, and Vladimir Spiridonovich, a conscript in the Soviet Navy.

Putin practiced the martial arts of Judo and sambo from the age of 12. He is a Judo black belt.

Vladimir Putin studied at Saint Petersburg High School 281 and is fluent in German. He studied law at the Leningrad State University and graduated in 1975 with a Doctor of Jurisprudence.

During his time at the university, Putin met Anatoly Sobchak, an assistant professor teaching business law and co-author of the Russian constitution. Sobchak has had a significant influence over Putin's career.

Putin and Lyudmila Shkrebneva married in 1983, and their daughter Yekaterina Putina was born in East Germany, where the couple lived from 1985 to 1990. Their second daughter, Mariya Putina, was born in Leningrad. Putin and Shkrebneva were divorced in April 2014.

Outside of politics, Vladimir Putin has cultivated a macho outdoor type public image and engages in dangerous and extreme sports. Putin's daily routine is famously unusual.

How did Vladimir Putin build his net worth?

Vladimir Putin has amassed immense wealth despite his Presidential salary of 5.8 million rubles, equivalent to a well-paid white-collar job in the USA.

Beyond his salary, his reported wealth includes a savings account, a few Russian-made cars, and one property in the Moscow suburbs.

Commentators and insiders, however, estimate that Putin's actual net worth exceeds $70 billion, derived from businesses across several critically important industries that he took a controlling stake in when he consolidated power after the fall of the USSR. Putin's wealth and the wealth of Russian oligarchs, such as Roman Abramovich, are closely linked.

Time magazine named Vladimir Putin one of The 100 Most Influential People of 2022. He was #2 on the Forbes list of Powerful People in 2018. Putin has also been voted the most powerful person in the world four times between 2013 and 2016. All of that goes to say that the Russian leader has aggressively worked on exerting his country's influence across the globe, often earning sanctions for his acts.

Much of Putin's wealth and influence is the result of European dependence on Russian oil and gas imports to power their economies, something President Trump was derided for pointing out as a geopolitical conflict of interest.

Putin has served Russia since 1975 in the KGB, FSB, and the Russian Armed Forces. He served as Deputy Chief of the Presidential Administration — Head of the Main Supervisory Department (1997–1998), as First Deputy Chief of the Presidential Administration (May to July 1998), as Director of the Federal Security Service from July 1998 to March 1999), and as Secretary of the Security Council (March to August 1999) under President Boris Yeltsin.

He served as Prime Minister twice, from August 1999 to May 2000 and later from 2008 to 2012, the latter to avoid the ban on more than two consecutive Presidential terms.

How has Vladimir Putin spent his wealth?

Putin has used his immense wealth to accrue a portfolio of luxury real estate, cars, aircraft, yachts, artwork, and watches to rival anyone in the world.

One of his most ostentatious purchases was of the 460-foot superyacht, Scheherazade, valued at $700 million. It was seized as part of coordinated sanctions against Putin and his associates after the Russian invasion of Ukraine.

One of his most famous properties — that hasn't been seized yet due to its location inside Russia's borders — is known as "Putin's Palace," an Italianate mansion overlooking the Black Sea estimated to have cost nearly $1 billion to construct.

Such is the scale of the building that it contains an indoor swimming pool, spa, sauna, Turkish baths, cinema, performance theater, casino, a 260 sq ft master bedroom, and around a dozen guest bedrooms.

How rich is Vladimir Putin?

Vladimir Putin's net worth is estimated to be around $70 billion, but it may be much higher.

Is Vladimir Putin a millionaire?

Vladimir is a billionaire with an estimated wealth of around $70 billion.