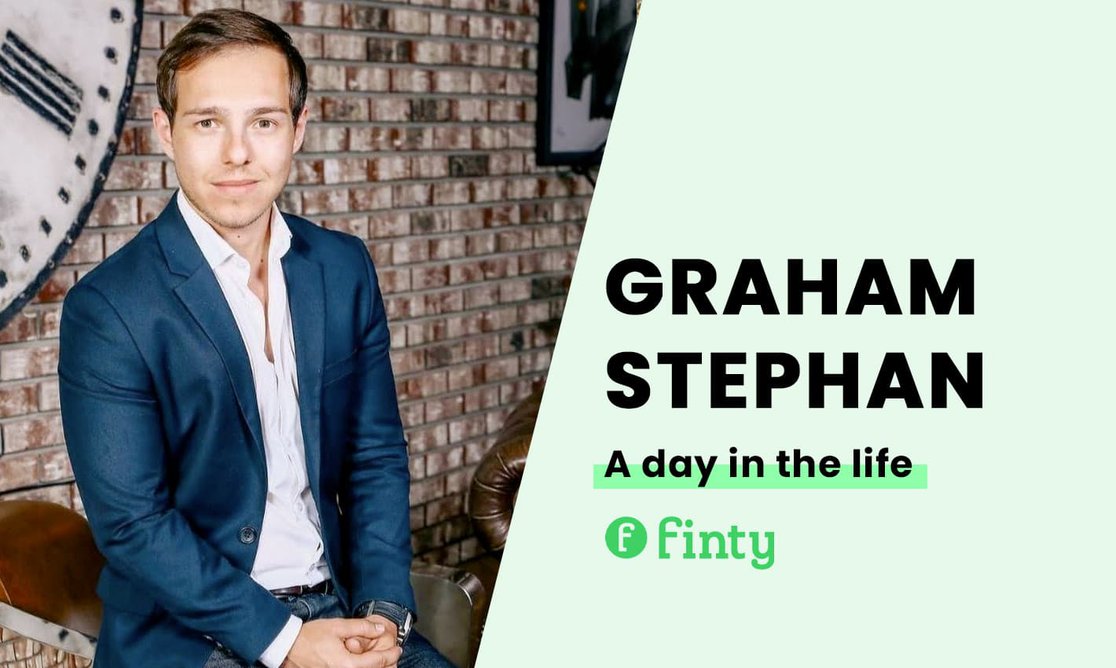 Graham Stephen made made his fortune in real estate. A self-confessed workaholic, his first job was at an aquarium wholesaler. After graduating from high school, Graham decided to create a career in real estate in 2008.

Today, he touts himself as a real estate agent, investor, and YouTuber. His channel has nearly 3 million subscribers, a target he’ll undoubtedly surpass relatively shortly. His videos concentrate on finances, investing, and productivity, with his top-rated videos raking in millions of views.

His net worth is said to be up in the region of $7 million.

His routine has been the backbone of his success. Let’s take a sneak peek into the daily routine of a twenty-something real estate millionaire.

Graham's day starts at 6 am. After fixing himself some iced coffee, he heads to his home office to start the day and meditates for 10 to 15-minutes to clear his thoughts.

Editing and designing thumbnails for his videos are what he'll work on first before spending some time answering comments on his videos.

He'll take a break around 8 am and get a coffee while he checks the markets (he's a keen investor). The rest of the morning is spent editing and planning his YouTube videos, wrapping up the session answering emails before taking a break to grab a shower at around 9:45 am.

After showering, he spends some time making calls or recording videos. Around 11 am he will go for a run or walk (he aims for two short walks each day).

When he gets back from his walk, he sits down for breakfast at 11:15 am, which typically is a bagel with cream cheese and scrambled eggs.

After breakfast, he returns to his office, where he’ll do some more recording, editing, and other tasks relating to managing his YouTube channel.

He stops work at 2:30 pm and takes an hour off to play drums. Graham was in a rock band in his late teens, and he find drumming an effective way to release his frustration.

Around 3:30 pm he takes his second walk of the day, before spending the rest of the afternoon attending to his various social media profiles until late afternoon.

He turns to his Discord chat around 5:50 pm, answering questions from his legion of fans. Normally he will finish with Discord around 7 pm and then spend the evening with his girlfriend relaxing and talking about each other's lives.

However, when his girlfriend isn't around, Graham will launch into an evening work session, especially if he had a pressing schedule earlier that day. Many of his videos are filmed at night (so he has something to edit the following day). He admits to getting carried away with filming occasionally, but in most cases he's done by 10 pm. On rare occasions, he'll keep working until 1 am.

When he finishes work, he'll create his to-do list for the following day and wind down the day with another 10 minute-long meditation to calm his mind and prepare him for sleep.

If he's on his regular schedule, he tries to be in bed by 10 pm and get eight hours of sleep.