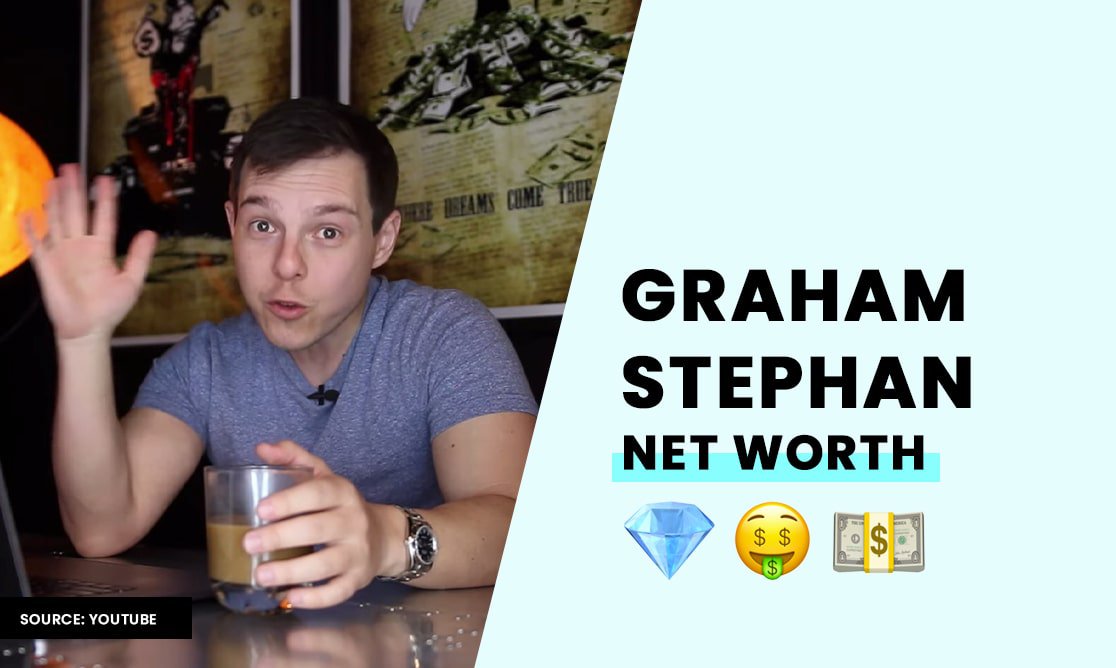 The estimated net worth of Graham Stephan is $7 million.

He's a very successful real estate agent and also a social media personality. He has a very popular channel on YouTube that focuses on real estate which also brings in additional income and notoriety.

The Early Life of Graham Stephan

Stephan didn’t do very well in high school, in fact, his grades were below average. He applied to Pepperdine for admission but was unable to gain admission. He started in the real estate industry directly after being denied admission and never bothered to pursue a degree since he became successful.

How did Graham Stephan build his net worth?

According to public records, he has a modest net worth of $7 million and is on track to double that amount over the next few years. Let’s take a closer look at how he gained his wealth.

Stephan had his first job at the age of 13. He worked at a marine aquarium where he was tasked with keeping inventory of exotic marine life. Even at such a young age, he was making more than $20 per hour. When he turned 16 he dabbled in music and made a moderate income as a drummer in a local band. After he graduated from high school at 18 but failed to be accepted into his college of choice, he decided to look into real estate.

He secured a real estate agent's license and started selling property in California. His very first sale was a home that was worth $3.6 million located in Beverly Hills. As he sold more homes as an agent, he also started investing in real estate for his own future. By the time he turned 26, he had amassed a large collection of properties all over California.

As much as he liked spending money on his dreams, he also believed in saving since he had seen his parents struggle through bankruptcy. His first property purchased in 2011 was also used as a rental property. This allowed him to get a good return on his initial investment while also creating a manageable source of income.

Not long after he started uploading inspirational videos to YouTube on his self-titled channel. He also talks about finance, real estate, and personal improvement. He has a rather large following and makes a generous amount of revenue from his channel alone. Graham was also chosen to take part in Selling Sunset which is a Netflix show that follows attractive real estate agents affiliated with the Oppenheim Group as they pitch homes to the wealthy.

Stephan is a popular YouTube personality, but he also happens to be a successful real estate agent and entrepreneur. While most people will tell you that you need a degree in order to get anywhere in life, there are alternatives.

He is a prime example that book smarts don't matter when you are determined to make it in the world. He was able to use his charisma, natural talent for sales, well defined daily routine and his determination to work to generate income from various sources.

How rich is Graham Stephan?

He is worth $7 million at the moment. With his main source of income being real estate, his net worth will fluctuate according to the market.