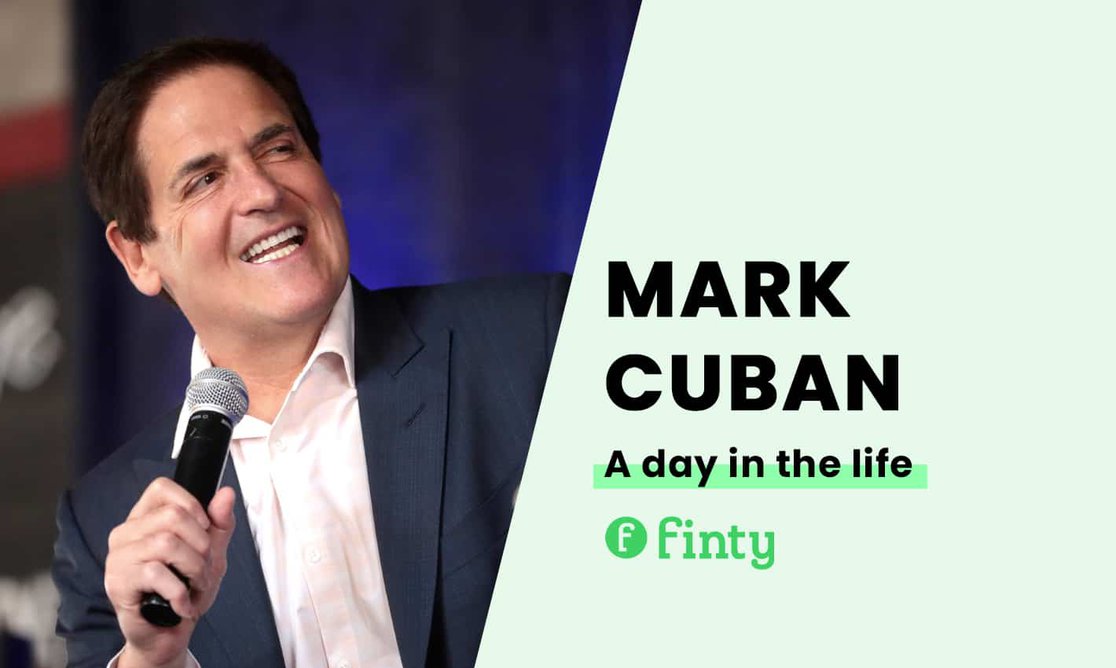 Many people dream of owning a professional basketball team, but for Mark Cuban — owner of the Dallas Mavericks — it's real. A serial entrepreneur, Cuban is best known for his appearances on "The Shark Tank" reality investment show. He's also the best-selling author of the bookHow to Win at the Sport of Business and has an ever-growing list of investments.

In what has been an amazing progression from his early days selling garbage bags door-to-door at age 12, Cuban has a net worth of over 4 billion dollars and is one of the world's richest men.

He is famous for his quote, "work like there is someone working 24 hours a day to take it all away from you". The billionaire entrepreneur lives up to his mantra.

Mark Cuban's daily routine is intense to say the least. He starts early and fits his business commitments around family, exercise, and reading for four to five hours.

Let's unpack his daily routine to see what we can learn from this shark.

Cuban's day begins at 6:30 am when he wakes up. Unlike many other entrepreneurs that decide to meditate to clear their mind, Cuban jumps straight into his work. The 62 year old states that his work is his meditation.

Cuban takes the time to drop off his daughter at school before launching into the first deep-work session of the day. when he tries to get through his most stressful tasks as early as possible, eating breakfast while working.

Mark's first meal of the day is a freshly brewed cup of coffee, served with two high-protein, low-carb cookies. Mark loves Alyssa's Bakery cookies, one of the company's he invested in through the Shark Tank.

After breakfast he continues with his workflow, wrapping up his top priorities by 10:30 am on most days. He might spend the next hour or two reading a book or his favorite financial news websites.

Mark finishes the morning's priorities at around 11:30 am, then heads to the gym or for a game of pick-up basketball. After returning home from his exercise, he spends the rest of the afternoon reading, a habit that he admits drives his wife, Tiffany, crazy.

However, reading is what he says gives him his business confidence. If his energy is low in the afternoon, he will take a nap to recharge ahead of the evening.

He rarely eats lunch, getting lost in his work and doesn't feel the need to eat.

He’ll typically wrap up the day between 5 pm to 6 pm and eat dinner. He prefers convenient and quick meals he can grab on the run. As the owner of the Mavericks, Cuban attends games regularly.

If he’s at home, he’ll sometimes order two McDonald’s salads, add them both to a bowl along with some cottage cheese, corn, and relish with cereal replacing croutons. He’ll eat his meal in front of the TV while he watches a basketball game.

Before retiring for the evening, he’ll sit in bed and watch episodes of his favorite shows. He wears earphones, so he doesn’t disturb his wife with the noise. He’ll put the TV on sleep mode, and says he often falls asleep during an episode with his headphones on.

Before turning in for the night, he will check his inbox one more time and fall asleep between 11:30 pm and midnight. Typically he aims for 7 hours of sleep a night. However, he’s a light sleeper, so he might wake up at 1 or 2 am and start working in the middle of the night if he has something on his mind.