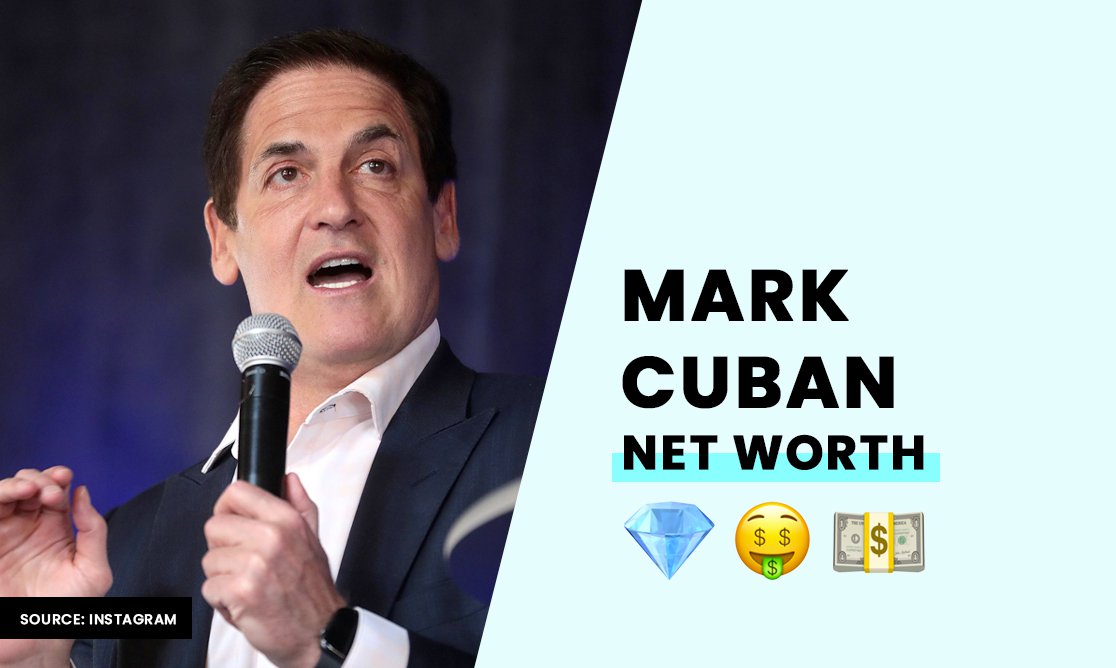 The estimated net worth of Mark Cuban is $4.5 billion.

Mark Cuban is a successful American tech entrepreneur and owner of the Dallas Mavericks NBA team. He also has holdings in Landmark theaters, Magnolia Pictures, and he is the acting chairman of HDNet, a cable TV network.

Cuban is well-known for his philanthropic work, providing many charities with essential funding. He is one of the biggest contributors to "the Fallen Patriot Plan," helping the families of soldiers who died in service to the United States.

Born July 31, 1958, in Pittsburgh, Pennsylvania, Mark Cuban grew up in a Jewish home with a working-class family. The Cuban's spent most of Mark's youth in the suburb of Mount Lebanon, along with his brothers Jeff and Brian.

Cuban to an entrepreneurial lifestyle at an early age. Cuban loved basketball as a child, and he was desperate to own a pair of top-rated basketball sneakers. So, at age 12, Cuban decided to sell garbage bags around his neighborhood to raise the money he needed for the shoes.

Cuban decided to skip his senior year of high school, enrolling at the University of Pittsburgh.

He joined the Pi Lambda Phi fraternity at university but decided to transfer to Indiana University after his freshman year. Cuban graduated from the Kelley School of Business in 1981, earning a B.S. in Management.

How did Mark Cuban build his net worth?

After graduating from university, Mark moved to Dallas, Texas, to work as a salesperson and bartender. His career as a salesperson for the company "Your Business Software" sparked his interest in the tech sector.

However, his career ended after a year with the company. Instead of opening the store, he met with a client to procure new business, resulting in his firing. With the support of his customer relationships earned during his time with Your Business Software, Mark launched his company, MicroSolutions.

The company started as a systems integrator and software reseller, with Mark growing the company to $30 million in annual revenues. He sold MicroSolutions to Compuserve for $6 million in 1990, netting $2 million from the deal.

He invested his profits into Yahoo! stock before the dot.com bubble in the late 90s and early 2000s.

Mark rose to fame after predicting the bursting of the dot.com bubble of 2000. The entrepreneur sold his stake in Yahoo! After the expiry of the lockup period, netting the investor $2.5 billion in cash.

After cashing out his investment, Mark realized his childhood dream of owning the Dallas Mavericks. The investor bought the team from owner Ross Perot in 2000 for $285 million. Today, the Mavericks have a conservative valuation of $2 billion, and Cuban is the team's sole owner.

Mark says he spends most of his day reading and staying on top of market developments in the tech sector.

How rich is Mark Cuban?

With a reported wealth of $4.5 billion, Mark Cuban is a successful tech entrepreneur and investor. He continues to grow his wealth through his investments, and he is one of the founding members of the hit TV show, Shark Tank along with other seasoned entrepreneurs and early stage investors Kevin O'Leary, Lori Greiner, Robert Herjavec, Barbara Corcoran and Daymond John.