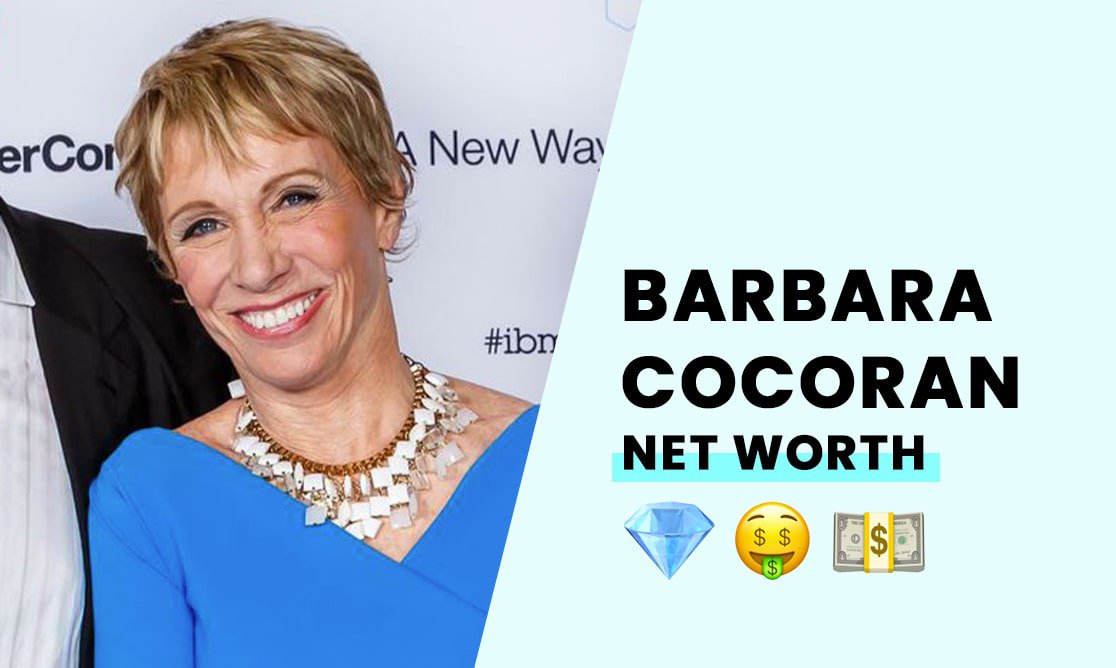 The estimated net worth of Barbara Corcoran is $100 million.

Corcoran is most famous for her role on the ABC investor show "Shark Tank," airing from 2009.

Born on March 10, 1949, in Edgewater, New Jersey, Barbara Corcoran grew up in an Irish-Catholic household with strict parents. Barbara has nine siblings, and her family struggled to get by when she was young.

Barbara attended St. Cecilia High School, where she was diagnosed with dyslexia. As a result, her studies suffered, and she transferred to Leonia High School. Barbara would overcome her challenges with learning, achieving a degree in Education from St. Thomas Aquinas College in 1971.

How did Barbara Corcoran build her net worth?

Corcoran says she held down 22 different jobs before finding success with her real estate career. The investor founded her real estate firm with a $1,000 loan from her boyfriend, Ray Simone, with the couple establishing Corcoran-Simone Real Estate in 1973.

Barbara split from Ray seven years later but retained control of the company. Corcoran-Simone changed its name to the Corcoran Group, with Barbara selling it in 2001 for $66 million. In the mid-70s, Barbara started publishing her real estate newsletter, "The Corcoran Report."

She's also written several books on real estate investing between 2003 and 2011. Some of her best sellers are "If You Don't Have Big Breasts, Put Ribbons On Your Pigtails: And Other Lessons I Learned From My Mom," "Nextville: Amazing Places to Live Your Life," and "Shark Tales: How I Turned $1,000 into a Billion Dollar Business."

Barbara also made small cameo appearances on other TV shows like "Drop Dead Diva" and "Grace and Frankie." Barbara and her husband, Bill, paid $3.5 million for their 2,700-square-foot Park Avenue home. In 2015, they bought a Fifth Avenue penthouse, paying $10 million.

Barbara married her husband, retired Navy captain, and former FBI agent, Bill Higgins, in 1988. The couple had their first child, Tom, in 1994. They also have an adopted daughter, Kate. Barbara says she gets her investor savvy from working with the right people.

She said she understood the value of working with a talented team early in her career, and it's a big component of how she manages to keep expanding her empire. Barbara also says she receives a lot of support from her husband, Bill, and she wouldn't be where she is today without him.

How rich is Barbara Corcoran?

With a reported fortune of $100 million, Barbara Corcoran is one of the wealthiest women in America. She is a successful investor and an accomplished author. Barbara continues to appear in the ABC investor reality show Shark Tank. She earns her money through her many investments, book deals, and her salary from Shark Tank.