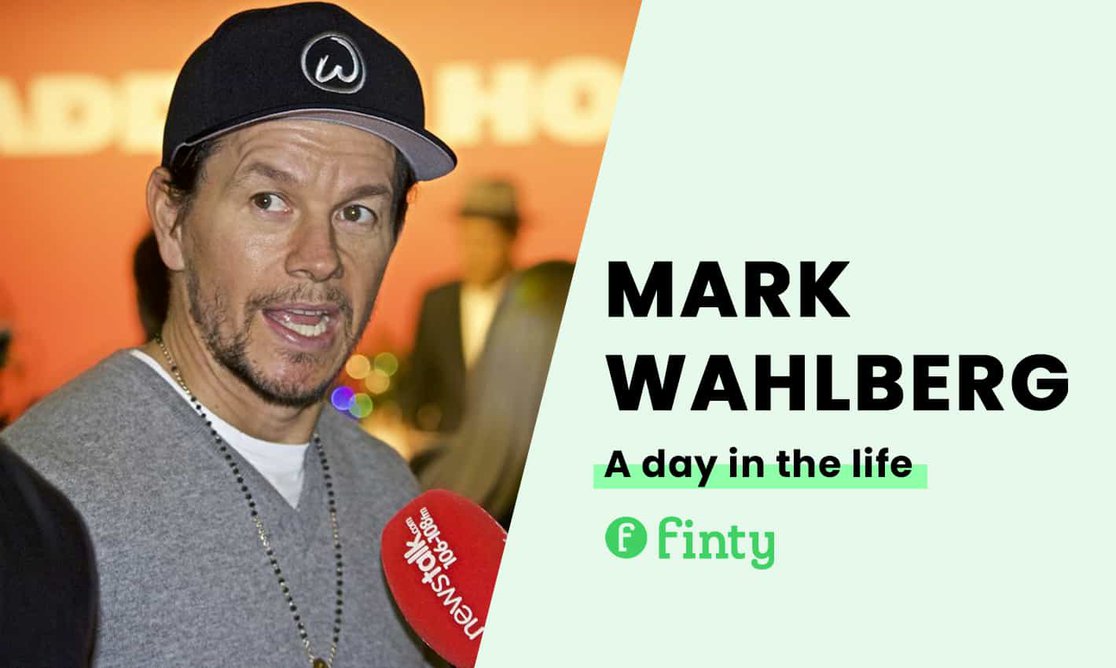 As a Boston kid, Mark Wahlberg grew up in a rough neighborhood. His early teen years saw him being regularly involved in fights, even being charged with attempted homicide after punching a storekeeper in town.

Born on June 5th, 1971, he grew up in the 90s era of hip hop, using it as his ticket out of a life that was rapidly spinning out of control.

After releasing two albums with his hip hop group, "Marky Mark and the Funky Bunch", Wahlberg started his acting career, taking a role in "Renaissance Man" in 1994, before landing his first starring role in the blockbuster thriller "Fear", in 1996.

He has since gone on to become one of the most successful actors in Hollywood with an impressive net worth. In 2017, he earned the moniker of the highest-paid star in show business.

Mark Wahlberg's daily routine is infamously structured with a notoriously early start at 2:30 am. He runs his day on a strict schedule, splitting his time between work, exercise, and family.

It might sound crazy to some most people, but Mark gets up bright and early at 2:30 am each day. He’ll spend the first 45 minutes of his day praying. As a devout Catholic, Mark takes his religion seriously.

After prayer, he prepares breakfast while his family sleeps. He starts the day with a bowl of steel-cut oats and blueberries, along with some eggs or peanut butter for healthy fats and calories.

His first workout of the day starts between 4:40 am to 5:15. His workouts involve using the “RAMP” technique, working on his “range of motion, activation, and movement preparation”. This workout focuses on stretching and mobility work for the hips and back. After warming up with RAMP, he switches to unilateral and bilateral strength training using heavy bands and free weights.

This workout is over by 5:15 am when he has his post-workout meal, consisting of three turkey burgers, some sweet potato, and a protein shake.

After eating, he gets showered and is out the door for his 7:30 am tee time at the golf club. He’ll arrive home between 8:30 am to 9 am, and by that time, his family will be awake and the kids are getting ready for school.

He will enjoy a snack of 10 turkey meatballs before heading to the cryo-chamber for a recovery session at 9:30 am.

After cooling off in the cryo-chamber, he moves on to another meal at 10:30 am. This time it is two hard-boiled eggs along with grilled chicken breast and a salad featuring avocado, olives, tomato, lettuce, and cucumber.

With the morning's activities done, he gets to work at his home office from 11 am to 1 pm, answering emails and calls and attending to his social media.

At 1 pm, he breaks for lunch, enjoying a New York steak with green peppers – an ode to his Boston roots. Mark enjoys his food — as you can probably tell — and likes the variety of beef and chicken in his diet.

From 2 pm to 3 pm, Mark puts in another hour of work before leaving to pick up his kids from school. Work involves answering more emails and texts, and he might have to make a few calls if he's planning a movie.

After returning home with the kids, he eats his sixth meal of the day at 3:30 pm, consisting of grilled chicken and bok choi. He likes to keep the carbohydrates low towards the end of the day.

The second workout of the day is scheduled for 4 pm. He usually starts his workouts listening to Sportscenter on ESPN, transitioning to music when it's time to hit the VersaClimber for his cardio.

At 5 pm, Mark takes a shower and goes for dinner with the family and spends a few hours of quality time with his four kids and wife, Rhea Durham.

The family sit down for dinner at 6:30 pm, which is usually a nice piece of fish, like seabass, halibut, or cod. He'll also add some vegetables or saute potatoes to the meal, depending on if he feels he needs the carbs at this stage.

At 7:30 pm, it's time for Mark to hit the sack. He says he needs between six to seven hours a night to ensure optimal recovery from his workouts.