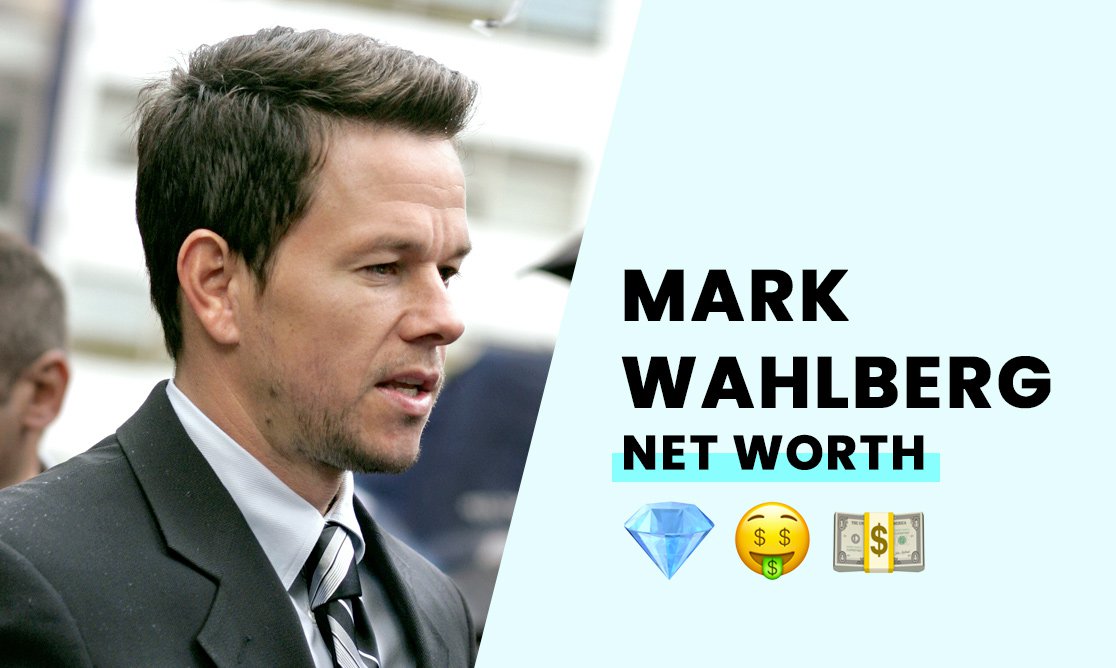 The estimated net worth of Mark Wahlberg is $300 million.

Mark is an American actor, music artist, entrepreneur, and producer.

He is one of the hardest-working men in Hollywood and has a reputation for getting up at 2:30am, where he spends the first hour of his morning in prayer to God before starting his day.

Born on the 5th of July 1971 in Boston, Massachusetts, Mark Wahlberg is the youngest of nine siblings. Wahlberg had a troubled youth growing up on the streets of Boston. During his formative years, he was a drug dealer, landing him in trouble with the authorities.

Wahlberg never graduated high school, and he chose to join a gang in Boston to earn living selling cocaine on the streets. When Mark was 17, he experienced his first arrest for the attempted murder of a convenience store clerk. The court sentenced mark to two years in prison, but he ended up serving just 45-days of that sentence.

However, the shock of the arrest changed his direction in life, and he started to put more of his time into his music, founding the group, “Marky Mark and the Funky Bunch.”

Mark attended High school briefly before dropping out at 15 to sell cocaine on the streets. Mark grew up in a low-income family, and he saw drug dealing as the only way to earn an income.

How did Mark Wahlberg build his net worth?

Mark started his entertainment career as a rapper. His group, Marky Mark and the Funky Bunch, were a surprise hit in the nineties.

Mark would rap with his friends and one of his brothers, who went on to found the group, “New Kids on the Block.”

His brother, Donnie Wahlberg, helped Mark produce his music, with the group having several singles making it to the US Billboard charts in the 90s.

With the success of his rapping career, Mark landed a modeling contract with Calvin Klein, and he started to gain a foothold into roles on TV shows.

Mark started his Hollywood career in the 1994 movie Renaissance Man. He landed his breakout role in the 1997 film, Boogie Nights, shooting him to superstardom in Hollywood.

Mark Whalberg believes he gets his success from his faith in God. He is a devout Catholic and attends church every Sunday.

He has what can only be called an insane daily routine, rising at 2:30 am every morning, spending 45 minutes to an hour praying before starting his day.

Mark also attributes his success to his routine, and he enjoys working out every day and eating a clean, healthy, and nutritious plant-based diet.

How rich is Mark Wahlberg?

With a reported net worth of $300 million, Mark Wahlberg is one of the most sought-after male actors in Hollywood and one of the industry’s biggest A-list stars.