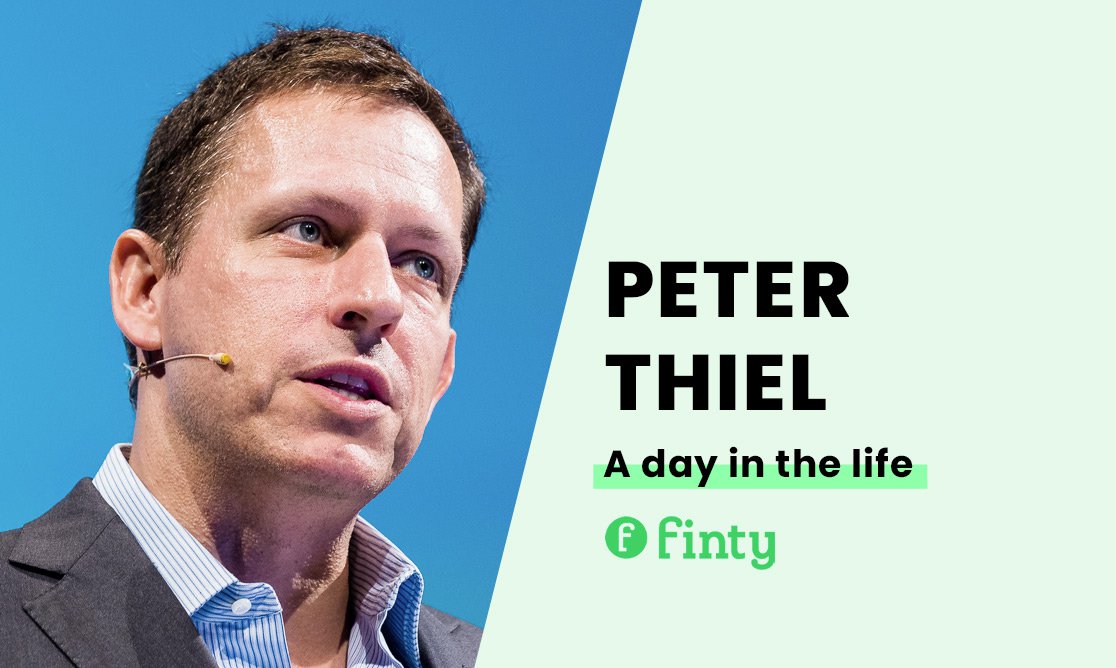 Peter Thiel is one of the world's most successful investors. With a net worth of over $7 billion, the investor has a reputation for founding some of the most successful businesses in the world, including the likes of PayPal and Palantir Technologies.

Thiel is a big believer in cryptocurrency, and has made several investments in the space. Thiel has a knack for finding innovative investment opportunities in tech, and he was notably the first outside investor in Facebook.

The $500,000 investment accepted by Zuckerberg was the only time the company's CEO sought outside funding. Thiel's investment into Facebook earned him a 10.2% stake in the company, as well as a seat on the board.

To date, one of Thiel's most impressive ventures is his founding of the Founder's Fund. This San Francisco-based VC fund helped facilitate the seed funding of many of the world's most well-known social media platforms, including the likes of LinkedIn, Yelp, and Quora.

Thiel has an interesting lifestyle, and he's frequently jet-setting around the globe for business or pleasure. Always thinking about the future, the billionaire bought land in New Zealand, where he intends to build a bunker in preparation for the end of the financial system.

This is what a day in the life of Peter Thiel looks like.

Similar to other billionaires, Thiel gets an early start to the morning. He says he rises from bed each day at 6:30 am. Notably, the man gets up at the same time each morning without the assistance of an alarm clock.

One of the consistent qualities in Thiel's daily plan is his commitment to habits that further his health and longevity. He believes that by keeping his routine in check and getting out of bed at the same time each morning, he programs his body for optimal mastery of the sleep/wake cycle.

Thiel starts his morning with a workout, and he takes his health seriously. Apparently, Thiel takes Human Growth Hormone (HGH) for its anti-aging effects. The billionaire doses himself with up to 3IUs of the exogenous hormone each day before exercise. Thiel claims his HGH use makes his skin look younger and reduces the systemic inflammation in his body, which causes the signs of aging.

Thiel prefers to eat a clean, healthy diet. He focuses on fruit for breakfast and follows a paleo-style diet during the day. He is strictly against sugar, stating that he never consumes it within any of the foods in his diet.

Peter Thiel states that he has no specific schedule for any day. He has no structured routine for work, but he's always chasing a goal that he has for himself in relation to a new deal or business opportunity. He relies on his team for regular information on his business interests, and he believes he works with some of the smartest people in the world.

Thiel has complained about his ability to manage time, often finding himself running out of time during the day. Being a polymath, it's unsurprising that Thiel enjoys long, in-depth conversations with people on a wide variety of topics. He often loses a sense of time in these engagements, causing him issues with maintaining his schedule during the day.

His goal each day is to learn something new. He works to expand his worldview every day, and he spends a lot of his time reading. Thiel states that some of his favorite books include classic titles written by futurist authors, such as Sir Francis Bacon's "New Atlantis."

He deleted the chess app on his phone and PC more than a few times due to his passion for the game (he was a nationally ranked chess player when he was younger) and the time he spends playing it daily.

He often works late, and he may have business engagements that take him out for dinner with business clients or colleagues several times a week. The investor also states that he doesn't keep a schedule for evening engagements, preferring to let things unfold as they should.

Thiel bounces between a Paleo and regular diet, depending on how he's feeling. He prefers avoiding carbs with his evening meals, focusing on getting in enough fat and protein to meet his dietary requirements.

He gets six to seven hours of sleep a night and is usually in bed at around midnight, with no trouble sleeping.