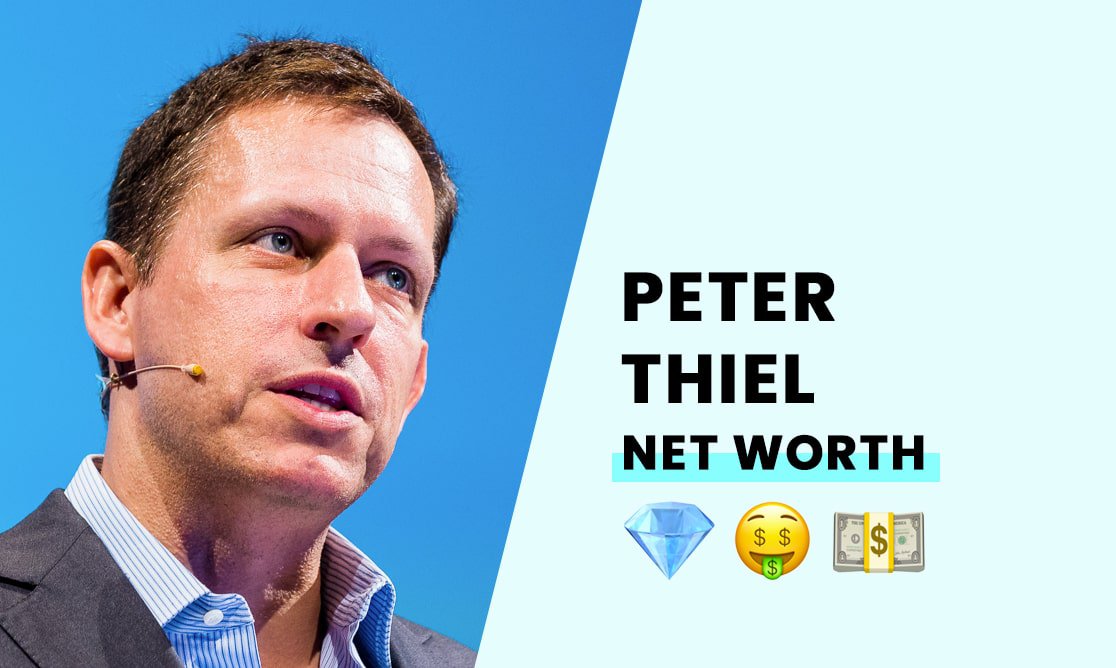 The estimated net worth of Peter Thiel is $7 billion.

Peter is a well known investor and entrepreneur. He is also known as being a successful hedge fund manager and venture capitalist. His biggest claim to fame is being the co-founder of the massive finance platform PayPal and the initial outside investor in the social media platform Facebook.

Peter was born in West Germany in 1967. He moved to the United States with his family a year later. He settled in Cleveland, Ohio where his father was employed as a chemical engineer. He also has one brother named Patrick. Much of his childhood however was spent in South Africa, and he was an avid player of Chess & Dungeons and Dragons.

Peter went to elementary school in South Africa, in fact, he attended 7 different schools during his time there. When he returned to the US, he went to San Mateo High School where he graduated as a Valedictorian in 1985. He went on to attend Stanford University where he obtained a BA in 1989. He then went on to complete his Doctor of Jurisprudence degree in 1992 at Stanford Law School.

How did Peter Thiel build his net worth?

He is worth just under $7 billion dollars as of 2021. He has his hands in many pots, all of which help him keep growing his massive net worth.

Peter started his career as a judicial clerk. Following a short tenure, Peter worked as a securities lawyer for Sullivan and & Cromwell. He stayed less than a year because he didn't find any value in the services he found himself providing. In 1996 he founded Thiel Capital Management.

Peter, Max Levchi, and Luke Nosek created PayPal and once they teamed up with X.com in 2000, they took the company public. Elon Musk was also involved with Paypal. Near the end of October of 2000, they sold the payment platform to eBay for $1.5 billion, $55 million of which went directly to Peter.

In 2004 Peter invested $500k in Mark Zuckerberg's Facebook as an angel investor. Later, he sold his shares in the social media platform for $1 billion dollars. He also invested in the development of 3D-printed meat by the company Modern Medow.

In 1998 Peter, Max Levchin, and Luke Nosek co-founded Confinity. It was intended as a payment company and PalmPilot cryptography company.

He has founded and operates a diverse range of companies ranging from finance to philanthropy. Some of his more notable ventures are:

When it comes to productivity, it is obvious that Theil has a strategy that works. With such massive net worth and a diverse range of companies under his belt, he claims the key to success is through extreme focus. His daily routine involves making an early start to the day but maintains an unstructured routine for work. When at work he makes a point of targeting his or a company’s top initiative and then focusing all his efforts on reaching that goal.

How rich is Peter Thiel?

The savvy investor has used his money to boost startups over the years. This has increased his net worth to about $7 billion dollars.