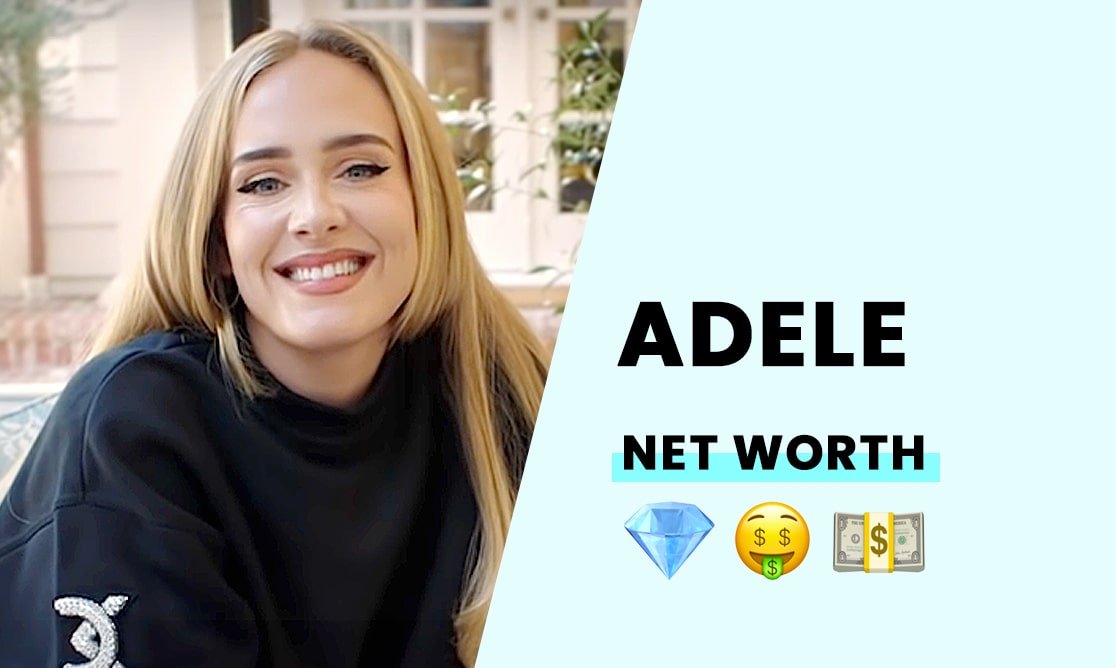 Adele's net worth is estimated at a breathtaking $220 million.

Adele, her full name being Adele Laurie Blue Adkins, was born in May 1988 in London, England. She was born to Penny Adkins, a furniture maker, and Marc Evans, a translator.

Adele resides in Los Angeles, California. The British-born singer and mother of one child is divorced from her past partner Simon Konecki. Her relationship with the sports agent Rich Paul went public in 2021.

How did Adele build her net worth?

Adele built the bulk of her wealth through her music career, and she's one of the richest voice talents in music. Most of her earnings come from touring.

Adele netted $74 million from the tour earnings, and she reportedly earned $10 million from her debut album "19" and $15 million for "21," her second studio album.

Adele also sang the headline track for the "Skyfall" James Bond movie in 2012, landing her an Academy Award, a Grammy, and a Golden Globe. 2012 proved to be the singer's best year, netting her $18 million in earnings.

After her success, she took a three-year hiatus, but the money kept rolling in for the singer.

However, the touring makes all the difference, with her 2016 tour showing combined earnings in 2017 of $150 million.

The way I write my songs is that I have to believe what I'm writing about, and that's why they always end up being so personal - because the kind of artists I like, they convince me, they totally win me over straight away in that thing. Like, 'this song is totally about me.' ~Adele

How has Adele spent her wealth?

Adele has translated her success from the stage into real estate. She owns an $11 million estate in West Sussex in England, a $9.5 million house, and another $10.65 million house in Beverly Hills, Los Angeles.

In 2022, Adele and her boyfriend, Rich Paul, bought and moved into a $58 million eight-bedroom and 12-bathroom Beverly Hills mansion previously owned by Sly Stallone. According to Hello Magazine, the estate has a "cinema, infinity pool, spa and a putting green, an art studio and eight-car garage."

In her garage, Adele is said to own a stylish collection of cars, including a Volkswagen Sharan, Range Rover Vogue, Mercedes Benz S-Class, Audi Q7, Cadillac Escalade, and Porsche Cayenne.

How rich is Adele?

Adele is incredibly rich. She is worth an estimated $220 million.

Is Adele a millionaire?

Yes, Adele is a multi-millionaire.

Is Adele a billionaire?

No, Adele has not yet cracked the glass ceiling of the billionaire club.

Adele's net worth is a result of her own work. She was not born rich. Far from it, Adele grew up in the town of Brighton on the south coast of England. Her estranged father, left her mother to bring her up on her own. She supported Adele by working as a furniture maker and adult-learning activities center.