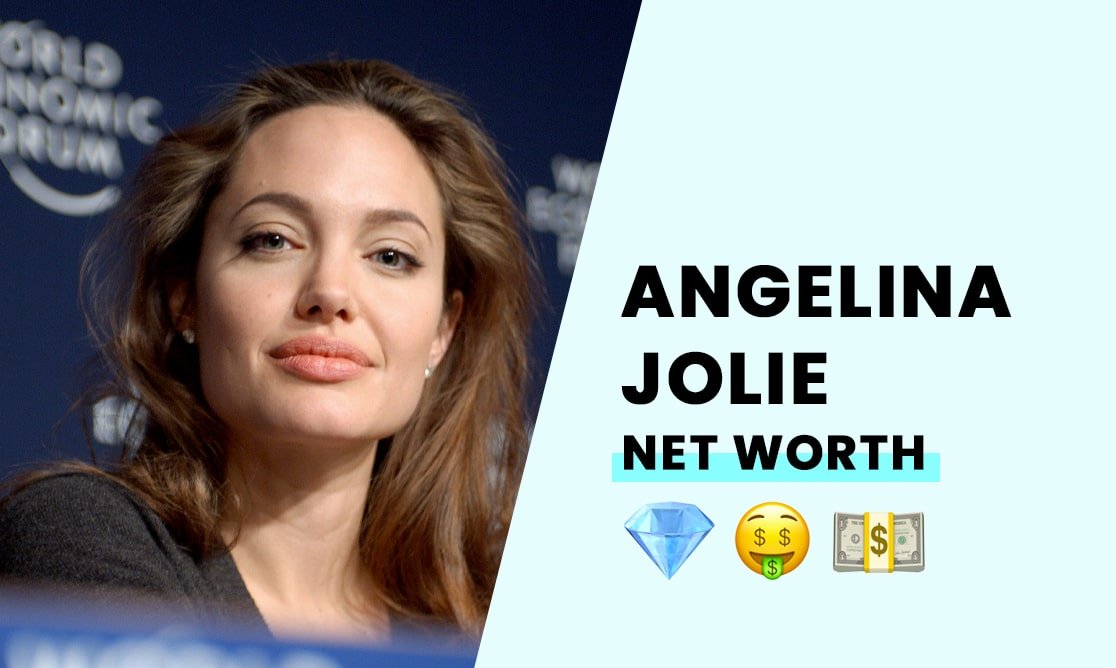 The estimated net worth of Angelina Jolie is $120 Million.

Angelina Jolie, aka Angelina Jolie Voight, was born on 4 June, 1975 in Los Angeles, California. She has one sibling and was brought up in New York by actor Jon Voight and actress mother Marcheline Bertrand.

Angelina Jolie is based in Los Angeles, California where she lives with her 6 children.

How did Angelina Jolie build her net worth?

Angelina Jolie built her wealth through her career as one of Hollywood's highest-paid actresses.

She burst onto the scene in the movie "Lookin' to Get Out in 1982. However, she caught the world's attention when she starred in "Hackers" in 115, alongside Johnny Lee Miller.

She went on to a successful Hollywood career, becoming one of the most in-demand actresses in the first decade of the 2000's.

Surprisingly, her biggest Hollywood success came from voicing the character of "Master Tigress" in the "Kung Fu Panda" franchise.

Angelina is also a producer, with credits for the films "Maleficent and Maleficent: Mistress of Evil," "The One and Only Ivan," and "The Breadwinner."

She also directed "A Place In Time and In the Land of Blood and Honey."

After "Maleficent," MAC signed her as the face of its "Maleficent" cosmetics and beauty collection in 2014.

Aside from being an actress, Angelina Jolie is also known for her humanitarian work. She has been a UNHCR ambassador, a champion in conservation, community development, and an activist for human rights and women's rights.

How has Angelina Jolie spent her wealth?

The famous actress owns a $24.5 million estate in Los Feliz, Los Angeles with a storied past having once belonged to legendary Hollywood film director Cecil B DeMille. Her sprawling six bedroom, 10 bathroom property is her main residence and is located just minutes away from her children's father, Brad Pitt.

Jolie also co-owns a chateau in the South of France that she bought in 2011 with then-husband Brad Pitt for mere $67 million. The spectacular 1,200 acre Chateau Miraval property has 35 rooms, and has its own vineyard where Chateau Miraval rosé wine is produced.

And finally Angelina also owns a property deep in the Cambodian jungle far away from the glitz and glamour of Hollywood. It is used as her humanitarian charity.

On the vehicle front, she is also the owner of a 2007 BMW Hydrogen 7, a classic Jaguar XJ, and what can only be described as a fleet of luxury family cars including a Range Rover Rogue and a Audi ASL.

How rich is Angelina Jolie?

Angelina Jolie is a multi-millionaire and one of the highest-paid actresses in Hollywood.

How much does Angelina Jolie make per film?

As one of the most famous and recognizable actresses in Hollywood, Angelina Jolie can command in excess of $15 million per film for a leading role.

Is Angelina Jolie a millionaire?

Yes, Angelina Jolie is a multi-millionaire.

Is Angelina Jolie a billionaire?

No, while she is one of Hollywood's highest-paid actresses, she is not a billionaire.