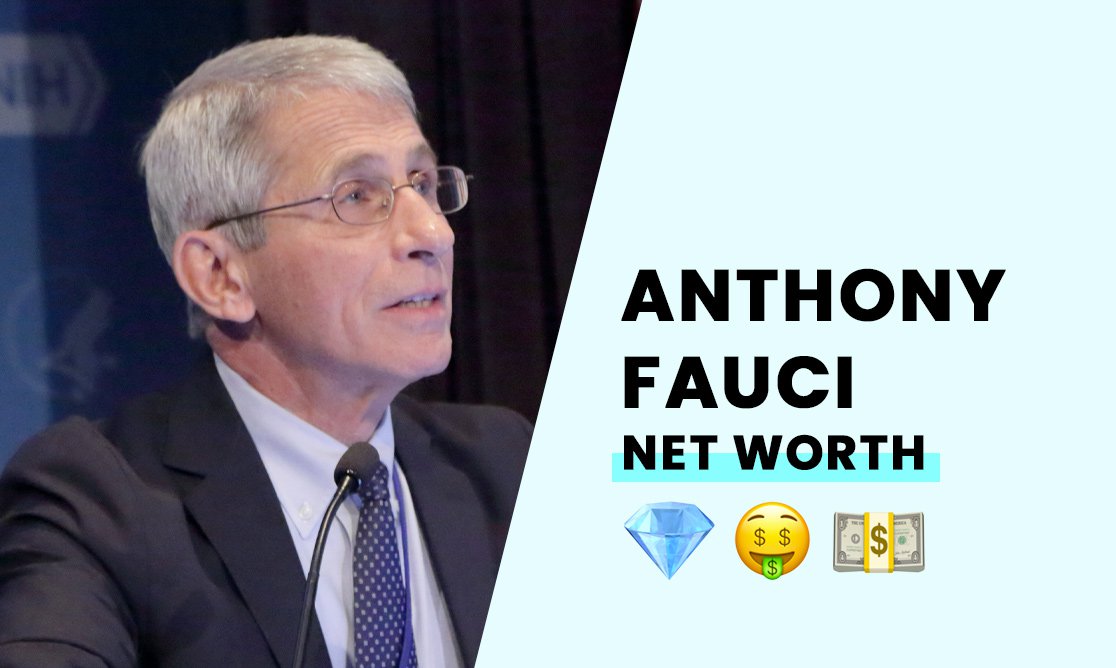 The estimated net worth of Anthony Fauci is $10.5 million.

Dr. Fauci was the trusted advisor for managing the COVID-19 pandemic and the 5th director of the National Institute of Allergy and Infectious Diseases.

He was responsible for discovering the viral infection causing AIDS. He made the discovery in 1981.

Fauci has had a long career in public health policy and served under several Presidents including President Donald Trump and President Joe Biden.

Born on December 24, 1940, in Brooklyn, New York City, Anthony Fauci is the son of Stephen and Eugenia Fauci.

Anthony's father owned a pharmacy in the neighborhood, and his mother worked in the business with her husband.

Fauci grew up in the Bensonhurst neighborhood, and he grew up in a Catholic household with his parents.

While growing up in Brooklyn, Anthony Fauci attended Regis High School, a private Jesuit school in the Upper East Side of Manhattan.

After his graduation in 1958, Fauci went on to attend the College of the Holy Cross, graduating in 1962 with a BA in classics and a pre-med track.

Anthony would work summers on construction sites while at school before enrolling at Cornell University's Medical College.

He graduated at the top of his class in 1966 as a Doctor of Medicine.

How did Anthony Fauci build his net worth?

Fauci completed his internship at New York Hospital-Cornell Medical Center and went on to become a senior researcher for the NIH (National Institute of Allergy and Infectious Diseases).

Fauci progressed through the organization, eventually receiving the position of the director of the National Institute of Allergy and Infectious Diseases.

President-elect Joe Biden asked Fauci to serve in the role of his Chief Medical Advisor, making him the advisor to six presidents.

He continued the role as the director of the NIH and came under fire from Senators like Dr. Rand Paul for his management of the coronavirus pandemic.

Given Fauci's high profile in politics and the media some have speculated that he has profited off the pandemic.

But 2021 investigations into his disclosures by OpenTheBooks.com show that Fauci's investments are spread across broad mutual funds.

Dr. Fauci earns more in his role as the president's advisor and director of the NIH than Joe Biden pockets from his annual salary as the leader of the country.

If Fauci serves his full term in his directorship and advisory roles, he will accumulate $10.5 million by the time he steps down in 2024 after which he will be on a pension of $350,000 per year, the highest in federal history.

Anthony Fauci described his position and work as "drinking from a fire hose."

Netflix launched a documentary biography about the doctor's life and accomplishments in 2021.

Fauci says he gets plenty of support from his family to help him persist through the challenges he faces at work.

His neighbors started pitching signboards on their lawns in 2021 to thank him for his help with managing the pandemic.

He says he draws inspiration from knowing that he is helping millions of Americans with his day-to-day decisions in office.

How rich is Fauci?

With a reported net worth of at least $10.5 million, Dr. Fauci is the highest-paid federal employee, earning more than the president of the United States.