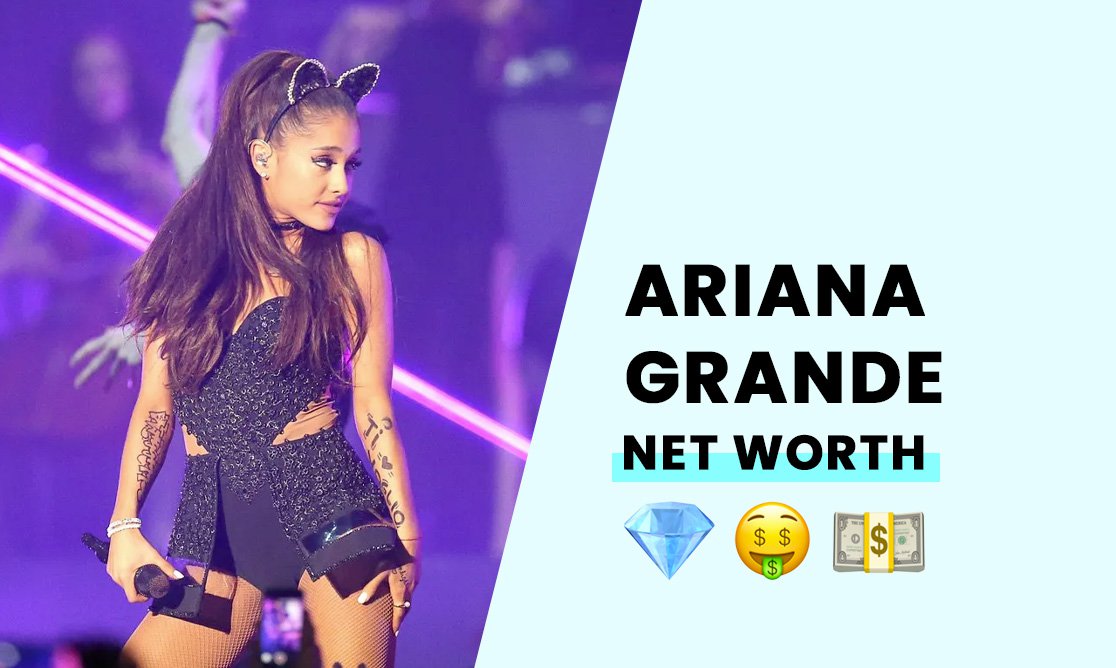 The estimated net worth of Ariana Grande is $200 million.

On June 26, 1993, Ariana Grande-Butera was born in Boca Raton, Florida. Ariana is the daughter of Edward Butera and Joan Grande. Arians have a half-brother, Frankie Grande, a producer, and entertainer.

Her parents moved from New York City to Florida before the birth of Ariana. The family split when she was eight years old, with Ariana choosing to live with her mother in their middle-class home in Boca Raton.

Ariana got her first acting role in a rendition of "Annie" in a play at the Fort Lauderdale Children's Theater.

Ariana attended North Broward Preparatory School through to high school, but she had to transition to homeschooling and remote learning as her career started to take off.

However, she managed to keep some attendance records, eventually graduating with her high school diploma. Ariana didn't attend college, choosing to chase a career in singing and entertainment instead.

How did Ariana Grande build her net worth?

Ariana started studying acting and voice while in elementary school. She enrolled with the Little Palm Theatre for Young People and the Fort Lauderdale Children's Theater. Ariana got her big break in 2008 after landing a casting role in the Broadway musical 13.

The actress landed a role as "Cat Valentine" on "Victorious," a Nickelodeon sitcom a year later. Ariana stayed with the show until its final episode in 2013. Ariana landed roles as Princess Diaspro in the Winx Club, and she also had cameos in episodes of the TV show iCarly.

Her "Dangerous Woman" tour netted a staggering $71-million, one of the top-grossing tours of 2017.

Ariana had back-to-back albums reaching the top of the Billboard charts in 2019 with "Thank U, Next" and "Sweetener."

She has several income streams providing her with revenue. Her income can vary, and she earned $50 million in just two months between May and July 2018.

Ariana Grande also became one as the hosts of The Voice alongside Kelly Clarkson, John Legend and Nick Jonas earning between $20-25 million per season – making her the highest paid star host in the 2021 season.

Ariana credits her success to her mother. She says that her mom would encourage her to chase her dreams, take her to auditions, and tell her that she would end up as a star.

Ariana has a strong work ethic instilled in her by her mother, and she continues to keep herself busy recording music and considering acting roles. Ariana states she uses the power of positive thought and visualization in her life to motivate and inspire her, and whatever she believes, she will achieve.

How rich is Ariana Grande?

With an estimated net worth of $200 million, Ariana is one of the world's most successful and wealthy entertainers. Her career is still in its prime, and she continues to climb the rich list.

Is Ariana Grande a millionaire?

Ariana Grande is well and truly a millionaire with a net worth of around $200 million. To put that into perspective, it would take 3,462 workers on the US average salary ($52,000) a whole year to catch up with Ariana Grande's net worth.

Is Ariana Grande a billionaire?

Ariana Grande is not a billionaire, although she is fabulously wealthy.

Ariana Grande is far from being broke, nor is she bankrupt.

Ariana Grande's net worth is a result of her own work. She was not born rich.