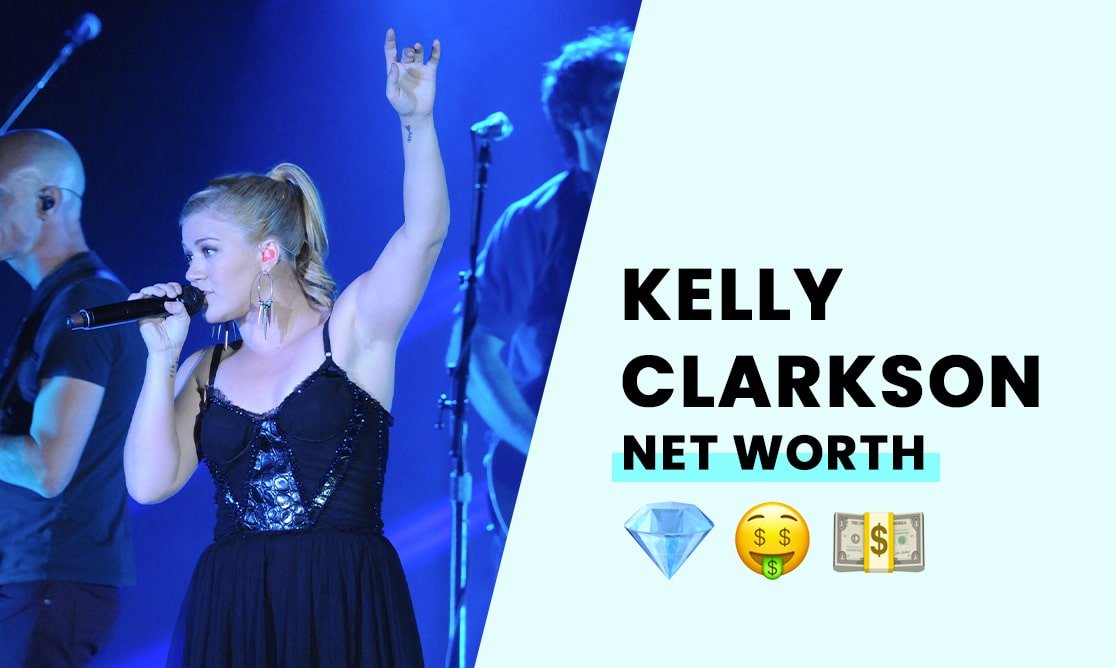 Kelly Clarkson's net worth is estimated to be approximately $45 million.

Kelly Clarkson, born Kelly Brianne Clarkson on April 24, 1982 in Texas, is an American pop/rock singer and songwriter who became the first winner of the television series American Idol.

She was raised in Burleson, Texas where she attended Burleson High School.

Kelly Clarkson and her kids live in Los Angeles, California.

How did Kelly Clarkson build her net worth?

In 2002, Kelly Clarkson, who had been working as a waitress, was discovered by a music producer.

She auditioned for the first season of American Idol and she won the competition, which launched her music career.

Clarkson released her debut album the following year, and it has since sold more than 5 million copies.

In 2003, she released her single, which became an international hit. In 2009, she released her third studio album. It sold over a million copies and received a platinum certification from the Recording Industry Association of America. Clarkson has since released three more albums.

As of May 2017, she has sold more than 25 million albums and 75 million singles worldwide.

In addition to her music sales, and live concerts, Kelly Clarkson also nets a fortune hosting The Voice. According to court documents and other industry insiders, she is paid $14 million per season to coach and judge on the Voice, making her one of the highest-paid stars of the show alongside Ariana Grande, John Legend, Blake Shelton, and Nick Jonas.

How has Kelly Clarkson spent her wealth?

Singer and TV personality Kelly Clarkson owns a 275-acre ranch in Montana and a $5.5 million mansion in Los Angeles close to all the action.

She has a collection of mostly suburban vehicles for driving around town, including a Chevy Camaro SS, Lincoln Navigator, Toyota Tundra, Mercedes Viano, and a Range Rover Vogue.

Everyone is different: different shapes, sizes, colors, beliefs, personalities, and you have to celebrate those differences.

How rich is Kelly Clarkson?

It would take 865 Clarkson's fans to work a whole year on the average US salary of $52,000 to catch up to her estimated $45 million net worth.

How much does Kelly Clarkson make per day?

Well, when you're pocketing $14 million per year salary from hosting American Idol that's an astronomical amount of money. That's $38,000 per day.

Is Kelly Clarkson a millionaire?

Yes, she is a millionaire, at least 45 times over.

Is Kelly Clarkson a billionaire?

Nope. Kelly Clarkson is not a billionaire.

Kelly Clarkson is not broke. She has not had to file for bankruptcy.

Nope, Kelly Clarkson is very talented and worked hard to get where she is today.