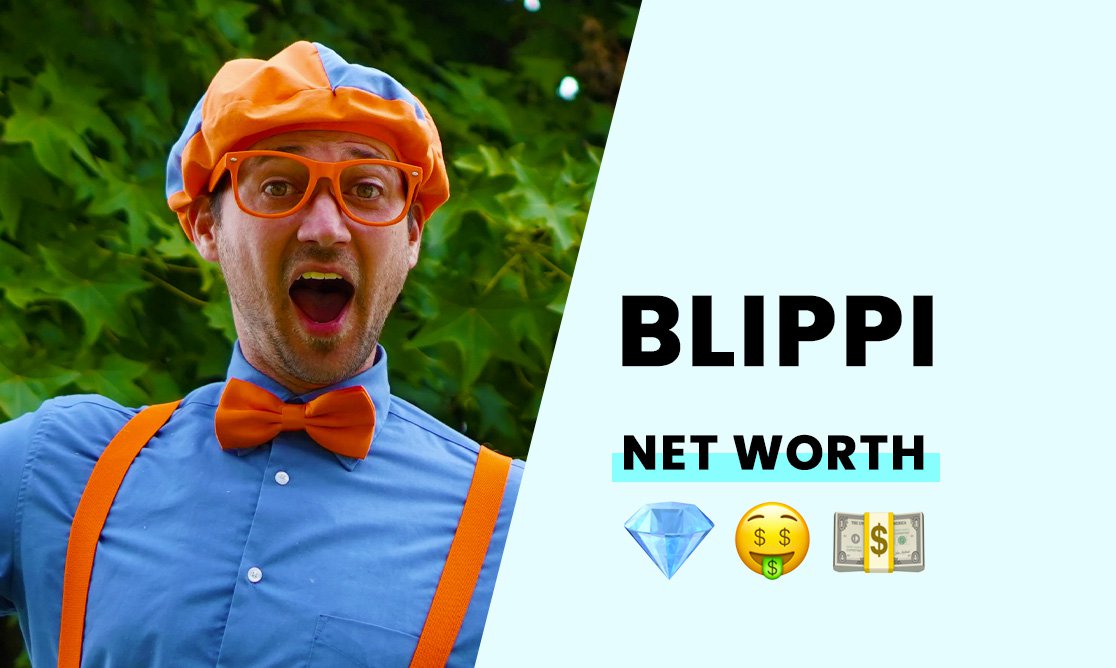 The estimated net worth of Blippi is at least $40 million - and could be much much higher.

The popular kids YouTuber and Cocomelon were involved with a UK company, Moonbug Entertainment Ltd, which in Nov 2021 agreed to be sold to two former Walt Disney Co executives in a staggering deal valued at around $3 billion.

Born on May 27th, 1988, in Las Vegas, Stevin John grew up in Ellensburg, Washington. The celebrity is known for saying that he grew up around tractors and cows during his youth in rural Ellensburg. Stevin would dream of being a fighter pilot and a limousine driver when he was a youngster.

After completing high school, Stevin's goal of being a pilot landed him in the Air Force as a loading master for the C-17 plane, featuring as a member of the 4th Airlift Squadron. He is a military veteran with an honorable discharge from the US armed forces.

How did Blippi build his net worth?

Blippi started his career as a kid's entertainer after completing his military service. Stevin John moved back to Ellensburg after his discharge. During his stint back at home, he hung out with his 2-year-old nephew. While watching TV with the youngster, he noticed how the majority of kids' entertainment programming on YouTube was low-quality.

Stevin started his Blippi channel and character, experiencing massive success. His channel features videos of Stevin dressed in bright orange clothing, performing dances on screen for kids. Blippi launched his channel in 2014, with his first video debuting on January 27th.

During his early days on the platform, Stevin would do all the filming and editing of his videos himself. After crossing the billion-views mark, Blippi would expand his operations to include a professional editing team.

The Blippi team started producing his videos in Spanish as well as English, expanding his audience.

He would also go on to expand his empire and found "Blippi Toys." He also branched out into digital downloads and DVDs of his content. Today, he earns revenue from his YouTube channel and his toy business.

Stevin John credits his success to thinking like a kid. During his time with his nephew, he realized there was a serious gap in the market for free, high-quality kids' content on YouTube. Stevin admits that he felt slightly silly during his first few attempts at Blippi videos, but he settled into the role after receiving encouragement from his nephew and his family.

According to interviews with Stevin, he says that people need to understand that they are braver and smarter than they seem and loved more than they know. He also believes in adopting a positive mindset, regardless of life's outcomes. He doesn't have "problems," preferring to see them as challenges.

How rich is Blippi?

With an estimated fortune of $40 million, Blippi is one of the biggest child entertainers on YouTube. He has a successful career earning millions in revenues from his YouTube channel and related side businesses to the Blippi channel.