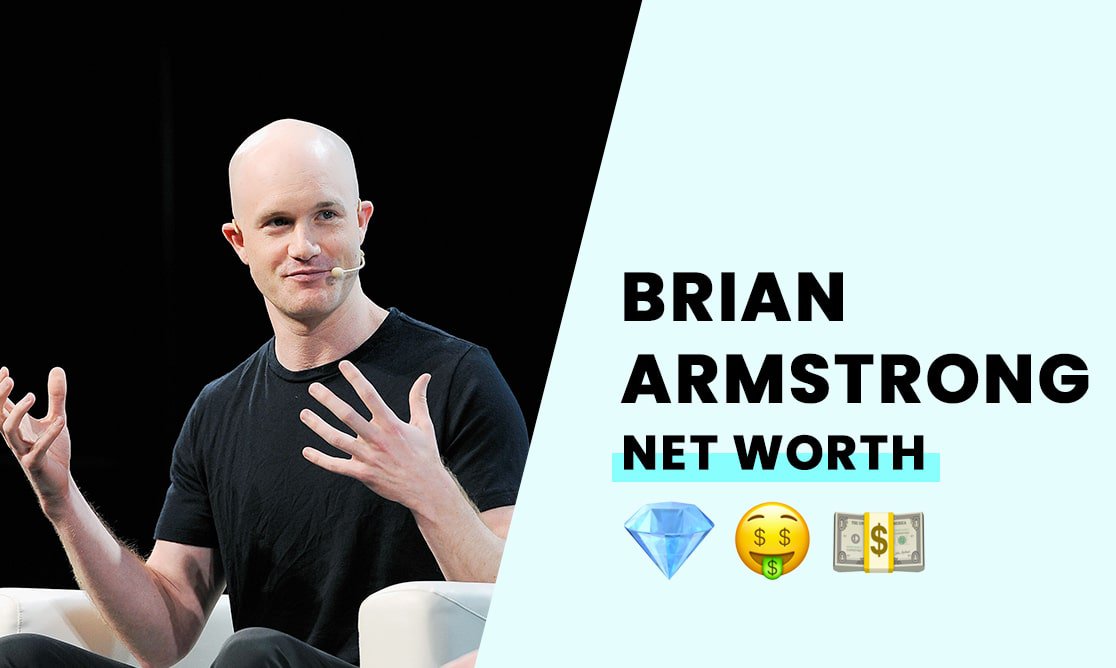 The estimated net worth of Brian Armstrong is $13 billion.

Armstrong is the CEO of Coinbase, the American crypto exchange. He has also published several books under his name and acted in one fiction film and one documentary. Brian is one of the youngest billionaires in the world.

Brian was born in San Jose, California, on January 25, 1983. Both of his parents worked in computer engineering, exposing him to programming from an early age. In an interview for Steven Bartlett's Diary Of A CEO podcast, Armstrong credited his parents and their encouraging influence on his education as a deciding factor in his success later in life, despite his introversion.

Brian came from a family of engineers. However, he decided to chase his dreams instead of following the family model. He attended college at Rice University and obtained a BA in economics and computer science. He further went on to complete his master's degree in computer science, which he obtained in 2006.

How did Brian Armstrong build his net worth?

Brian Armstrong completed his master's in 2006 and first ventured into entrepreneurialism when he started an educational company called Edtech during his school years. Armstrong wouldn't win prizes for his creative branding. Edtech was designed to help match students with tutors in their area. After graduation, he relocated to Argentina for a time and expanded Edtech even further.

Some of his early jobs were as a consultant at Deloitte, and he even did a stint as an IBM developer. During his time in Argentina, he found an interest in trading due to observing the effects of hyperinflation on the local economy.

His first exposure to Bitcoin came in 2010 when he read the now-infamous white paper written by Satoshi Nakamoto. The following year he signed on as a software engineer with Airbnb and helped take their payment system global. In this position, he discovered how hard it was to send money to South America and started looking for a crypto-based workaround.

In 2012, Armstrong wrote the first version of Coinbase in JavaScript and Ruby, the "cool" programming language at the time. He joined the Y Combinator startup accelerator and was given a $150,000 investment, then picked up Fred Ehrsam as a co-founder after meeting on Reddit.

The 2018 funding round had the company valued at $8.1 billion and went public at the end of 2020. At this point, the company had a market value of $85 billion, with $10 billion being Brian’s personal net worth.

How rich is Brian Armstrong?

Brian Armstrong has amassed a net worth of $13 billion. As the CEO of Coinbase, he holds a large chunk of Coinbase stock.