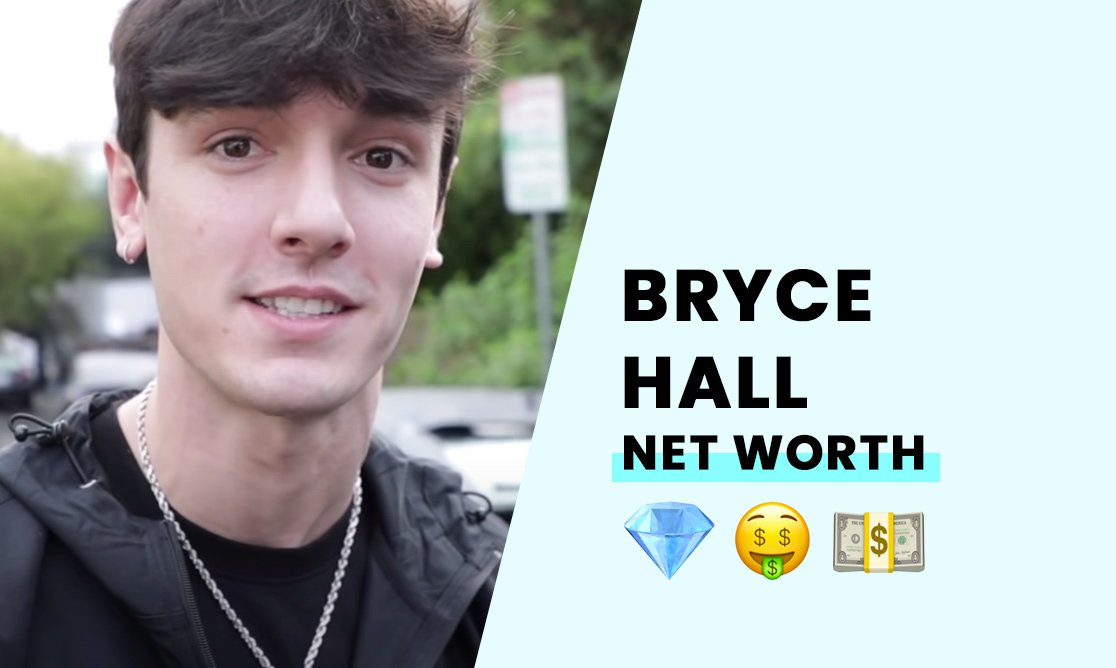 The estimated net worth of Bryce Hall is $2 million.

Bryce is a social media personality with a huge following on TikTok and Instagram.

Hall featured on the reality TV show "Reality House," and he also competed in the 2021 YouTuber's Vs. TikTokers Boxing event. Hall started his social media climb to fame in 2014 on the platform Vine. He is also a member of the Sway House and featured on the Press Play Tour.

Born on the 14th of August, 1999, in Maryland, Bryce Michael Hall grew up in an upper-class home in Ellicott City, Maryland. Bryce had problems with bullies growing up and decided to start posting on social media to escape his role in the real world.

There is no information on Bryce Hall's education or whether he graduated.

How did Bryce Hall build his net worth?

Bryce Hall built his fortune through his social media career. He started posting on the Vine platform in 2014, amassing a huge following before the death of the site. Bryce transitioned away from Vine to create a huge following on Instagram. He transitioned that success to his TikTok account, and he has millions of followers on both platforms.

Bryce moved from his Maryland home to Los Angeles in 2016. He started uploading more to his social media accounts as his following grew. In 2019, he was one of the influencers featured in the documentary "Jawline." The movie documents the start of his career and the scandal involving his former manager.

In 2020, Bryce received an invitation to move into the Sway House. TalentX Entertainment owns the house, and they use it to create content for their social media channels. Early in 2021, Bryce got into a social media beef with influencer Austin McBroom from the Ace Family.

The duos beef ended with them settling it in the ring in late 2021 in a YouTuber's Vs. TikTok'ers boxing match featuring on the undercard for the Jake Paul vs. Tyron Woodley fight. McBroom won the contest, outboxing Hall to earn a victory by TKO.

Bryce Hall attributes his success to his hard work as an influencer. He says he made the right move at the right time when signing up with Vine, but his greatest success was transitioning his following to Instagram and then to TikTok.

Bryce also believes that his commitment to creating content that people want to see is what makes him a successful influencer on both Instagram and TikTok. He continues to post content as often as possible but focuses more on TikTok than Instagram.

How rich is Bryce Hall?

With a reported wealth of $2 million, Bryce Hall is a social media star and influencer, with huge followings on Instagram and TikTok.

Hall owns a home in Los Angeles, and he earned a reputation in the neighborhood for throwing wild parties that upset his neighbors. The city utility famously cut off the power to his home during one of his unauthorized house parties.

Is Bryce Hall a millionaire?

With a net worth of at least $2 million, Bryce Hall is a millionaire.

Is Bryce Hall a billionaire?

Based on his net worth, Bryce Hall is not a billionaire.

Bryce Hall was not born into a rich family.