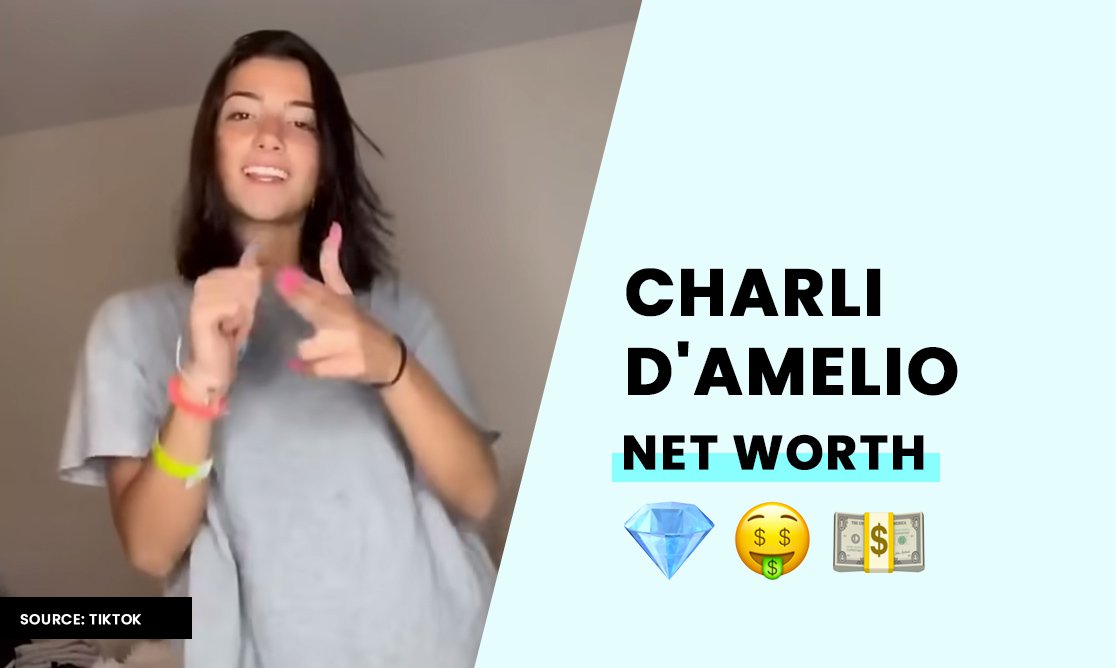 The estimated net worth of Charli D'Amelio is $12 million.

Charli D'Amelio is a social media influencer and dancer known for her content on the short-form video-sharing platform TikTok. After posting dance videos in 2019, she rose to superstardom as the most followed creator on the app.

Born in 2004 in Norwalk, Connecticut, Charli D'Amelio is the daughter of Heidi and Marc D'Amelio. Her mom is a former model, and her father is a former Republican Senate candidate for Connecticut State.

Charli grew up in Connecticut with her older sister, Dixie. Charli D'Amelio started dancing as a young child, becoming a competitive dancer until the age of ten.

Charlie attended the King School for most of her youth, but her parents pulled her out of class. Her parents chose to homeschool her after she started garnering fame on Tik Tok.

How did Charli D'Amelio build her net worth?

Charli D'Amelio is the most-followed personality on Tik Tok, with more followers than Khaby Lane and Addison Rae. Charli was the first influencer to pass the 100 million follower mark on the platform. However, despite having over 40 million followers than Addison Rae, she lags behind her earnings, only amassing $3 million in 2020, behind Addison's $5 million in revenues.

Charli builds the bulk of her earnings by offering sponsored posts to her 120+ million fans on the platform. She charges $100,000 for a sponsored post, and she famously made $1 million for a Superbowl ad for the brand Sabra Humm in 2020.

Charli started posting on Tik Tok in May 2019, with her first post being a lip-sync video featuring herself and her friend. A few months later, she would shoot to superstardom on the app for a side-by-side duet with another creator, "Move With Joy."

Charli's breakthrough that took her to the top of the Tik Tok rankings happened that October, after dancing to the "Renegade to the K Camp" song "Lottery." While she is responsible for popularizing the dance, she didn't create it.

In November, Charli and her sister joined The Hype House in Los Angeles, along with a collective of top teen TikTok creators. The influencer earns her income through sponsored posts, endorsements, merch, and her YouTube channel revenue.

She currently runs a podcast featuring her sister and her discussing their lives. The podcast, "Charli & Dixie: 2 Chix," is available for listening on YouTube and Spotify.

Charli's total earnings for 2020 were $3 million, making her the second-highest-paid star on the platform, behind Addison Rae. Charli continues to grow her wealth through her efforts on Tik Tok and her endorsement deals, and we expect her to challenge Addison Rae for the top earner on the Tik Tok app in 2022.

Charli publicly admitted she suffers from an eating disorder and has problems with her body image. As a result, she partnered with UNICEF in 2020 for their anti-bullying campaign.

How rich is Charli D'Amelio?

With a reported fortune of $12 million, Charli D'Amelio is the most-followed person on Tik Tok and one of its biggest earners.