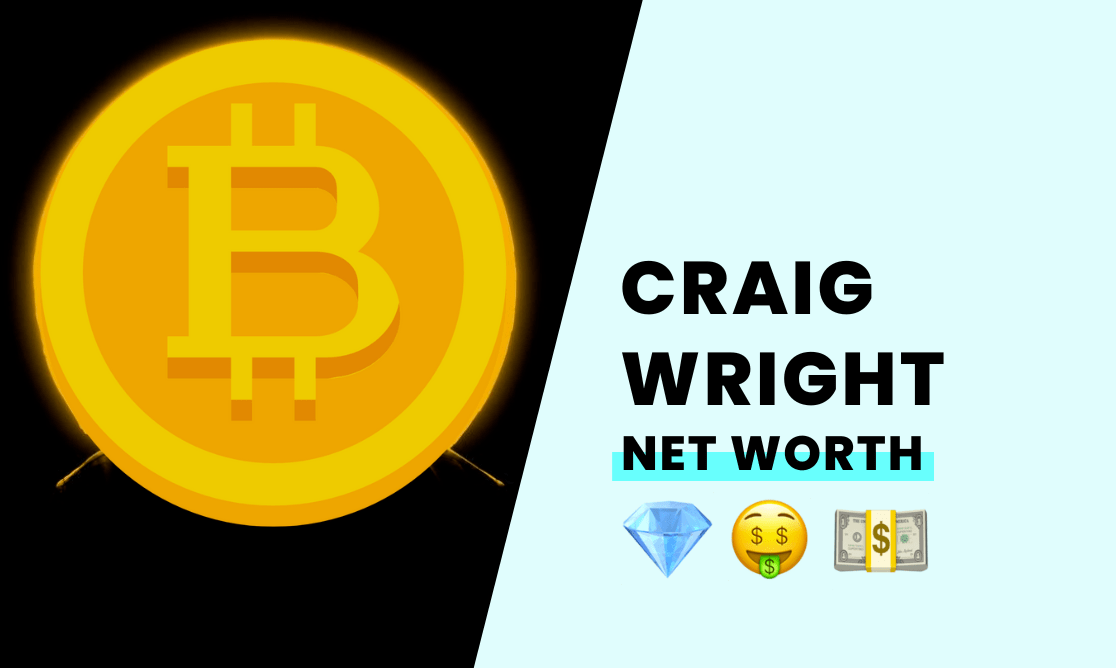 Craig Wright's net worth is estimated to be approximately $22 billion.

Craig Stephen Wright was born in 1970 in Australia. Not much else is known about his early life.

Wright studied at Padua University in Brisbane after finishing high school in 1987. He has several master's degrees. In 2017, he received a Ph.D. at Charles Sturt University, serving as an adjunct academic and researcher.

Craig Wright married Ramona Wright in 2017 at the age of 47. He and his wife currently live a quiet life in the UK.

How did Craig Wright build his net worth?

Craig is a computer scientist from Australia. His claim to fame — and fortune — is being the real Satoshi Nakamoto, inventor of Bitcoin. He won a court case brought by the family of his former business partner in 2021 that permitted him to keep 1.1 million Bitcoins, worth around $22 billion as of November 2022.

He is the chief scientist of nChain, a "global leader in blockchain research and development." His claim of the creation of Bitcoin stems back to 2009 when he made several claims that he launched the beta version of the cryptocurrency in addition to operating several mining operations during that time. His claim has not been proven.

Wright started as a sauté chef, working as a fine game meat caterer for several years. He also was a professional lecturer at Charles Sturt University. While this netted him just over $60,000 annually, he also pursued other business ventures during the intervening years. He has worked with several tech companies as a consultant and maintains a position as the director of Tokenized, "an award-winning all-in-one tokenization solution for institutions, government agencies, enterprises, and individuals."

Craig Wright was CEO of Tulip Trading Ltd., a Seychelles company that purported to be the legal owner of 1.1 million Bitcoins held in trust by Nakamoto. Tulip Trading built one of the fasted supercomputers in the world, named C01N, with "265,440 CPU cores... capable of 3.5 petaflops of peak performance."

Wright's Tulip Trading Ltd. brought a case to court in England alleging that the developers of the open source Bitcoin cryptocurrency "patch" the blockchain software such that coins lost to Tulip Trading Ltd. in a hack be transferred to a different wallet under the company's control.

Bird & Bird, who successfully represented the developers in the case, reported that the judge "determined that open source Bitcoin software developers, whose code is widely adopted and used to trade or store cryptocurrencies, do not owe fiduciary duties or a common law duty of care to those who use that code to store or trade their crypto assets."

In 2021, the family of Wright's deceased former business partner, Dave Kleiman, brought a case to court in Miami, Florida, alleging "the two men had worked together to create and mine the first Bitcoin in existence, and that Mr Wright had stolen it." The jury rejected their claim, awarding Kleiman's company $100 million in compensation for IP infringement and granting Wright the right to keep the Bitcoins.

How has Craig Wright spent his wealth?

According to reports, Craig Wright lives a quiet life in a small Surrey village. The area is known as the Beverley Hills of Surrey. His home is on one of the most expensive streets in Britain.

Wright has established a family trust that he says will be used to help the poor.

He brought a case of copyright infringement against a website for publishing the Satoshi Nakamoto white paper, which he won.

How rich is Craig Wright?

Craig Wright's net worth is based on his holding of 1.1 million Bitcoins, worth approximately $22 billion (November 2022).

How much BTC does Craig Wright have?