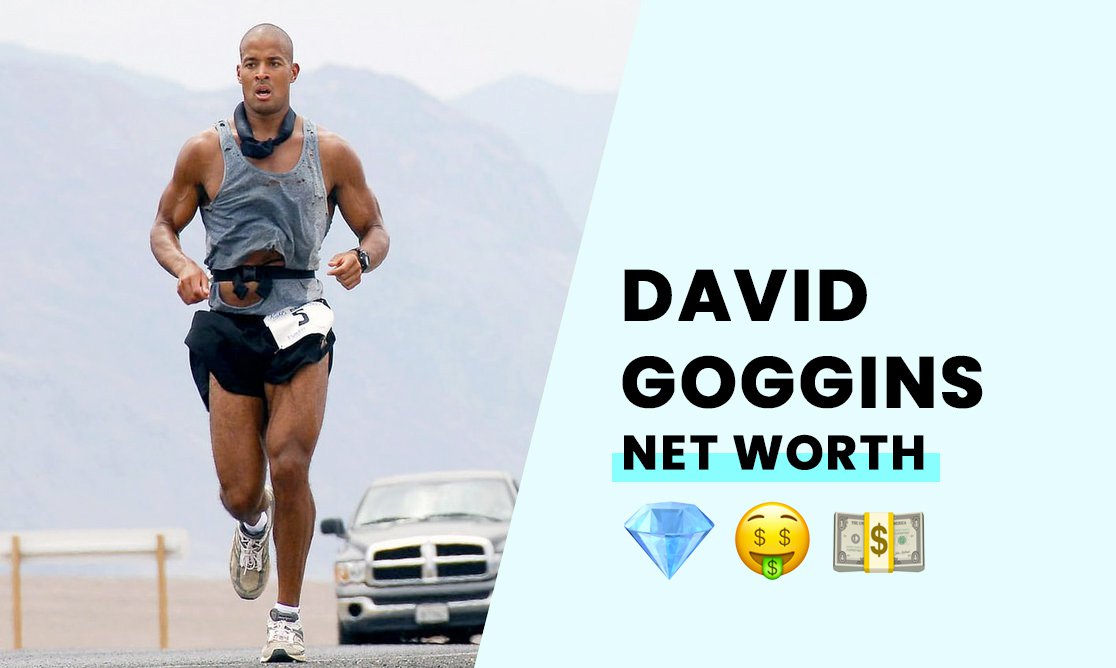 The estimated net worth of David Goggins is $2.5 million.

David Goggins is a Former Navy SEAL, and he is an accomplished author and motivational speaker. He has a successful YouTube channel where he releases videos motivating people to achieve more with their lives.

Goggins is famous for getting by on minimal sleep and going to extreme feats of strength and stamina to prove to himself that anything he wants to achieve is possible.

Born on 17th February 1975 in Buffalo, New York, David Goggins is the son of Trunnis and Jackie Goggins. David grew up in Williamsville with his brother, Trunnis Jr.

David would face bullying as a child, and he often experienced ridicule from others for working at his father's skating rink to support his family.

David had a rough childhood, facing abuse from bullies and his father. He decided to leave for the military after graduating high school. David Goggins joined the Air Force, later moving over to join the Navy. Before entering the armed forces, David had problems with eating, resulting in him gaining weight. However, he credits the Navy and the SEAL program for getting him back into shape.

How did David Goggins build his net worth?

David Goggins is the only man to complete all three induction training programs for the US Armed Forces. He has also made three attempts at completing the Navy's BUDs training program, succeeding with his efforts in 2001.

However, Goggins started his military career with the Air Force Pararescue teams. He earned acceptance to the training program, despite failing the ASVAB test twice. However, the Air Force diagnosed him with the medical condition, Sickle Cell Trait.

After recovering from the condition, David went into the United States Air Force Tactical Air Control Party (TACP) training program. He served as a TACP from 1994 to 1999. David decided to leave the Air Force and join the Navy.

However, it took him three attempts to finish the BUDs training program, and he eventually reached his goal, graduating with the 235 class in 2001. David started serving in the Iraq war as part of SEAL Team 5.

In 2014, David completed his Army Ranger training, graduating from the army ranger school. David won the "Top Honor Man" award in his class.

David Goggins is a special human being. He completes amazing feats of endurance that would leave many men crying on the floor. He's completed more than 60 ultramarathons and marathon events and also once held the record for pull-ups, completing 4,030 in 17 hours.

Goggins' daily routine is famously intense and involves a lot of exercise. David likes inspiring others to stay motivated to achieve their dreams. His YouTube videos are inspiring, even if you're not an athlete. He's well known for his catchphrases, "Stay Hard" and "Get after it.

How rich is David Goggins?

With an estimated net worth of $4.5 million, David Goggins earns most of his income from book sales and his YouTube channel. The athlete still completes amazing feats of endurance, and he has a cult following of dedicated endurance and performance athletes backing him. Stay Hard!

Is David Goggins a millionaire?

David Goggins is a millionaire worth at least $2.5 million.

Is David Goggins a billionaire?

David Goggins is not a billionaire, but if he earned a dollar for every pull-up and push-up he's done, he would be the richest person in history.

David Goggins has not filed for bankruptcy.

David Goggins did not get a head start in life because of his family's wealth. David Goggins is self-made and worked hard for what he has got.