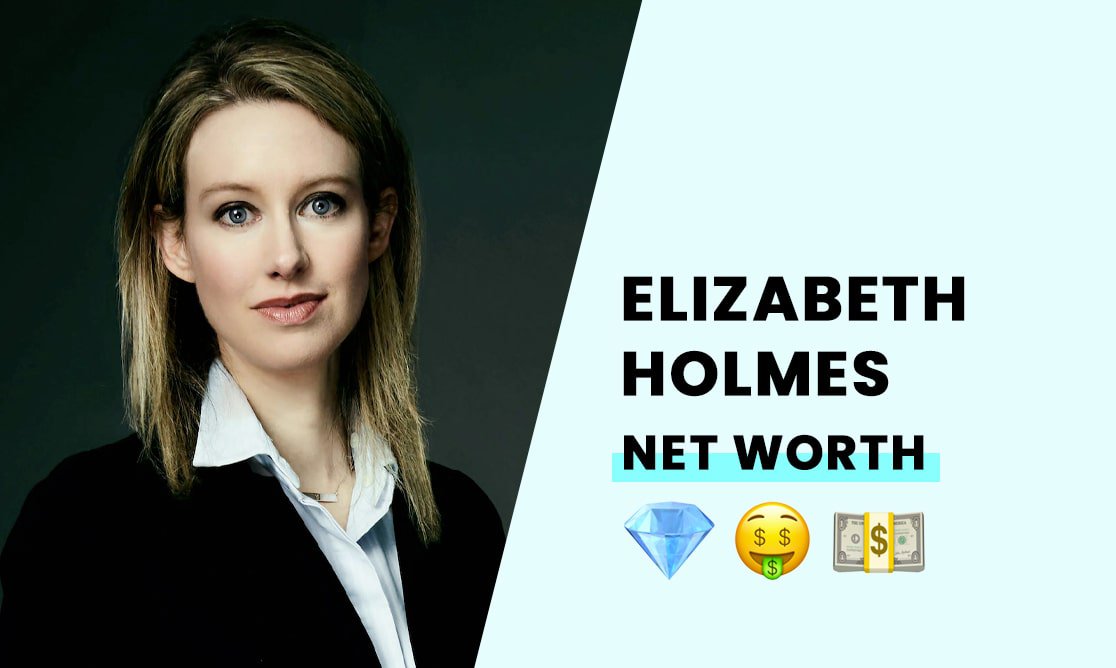 The estimated net worth of Elizabeth Holmes is $0.

Sadly Elizabeth Holmes, the once promising entrepreneur, has been embroiled with scandal with her former company Theranos.

The life sciences company was in the courts after being under investigation by the SEC following allegations of fraud arising from the company's products and Elizabeth's ethics in handling the company's affairs.

Born in 1984 in Washington, DC, Elizabeth Holmes is the daughter of Christian and Noel Holmes.

Her mother was a Congressional committee staffer, and her father a vice president at Enron, the infamous energy company accused of defrauding investors of billions of dollars.

She developed an interest in computer programming and attended the Stanford University Mandarin program to learn the language.

Holmes went on to enroll at Stanford, majoring in chemical engineering.

After her freshman year at Stanford, she went on to work at the Genome Institute of Singapore, testing blood samples in the wake of the outbreak of SARS CoV-1 in Asia.

Holmes filed her first patent application in 2003 for a topical drug-delivery patch system.

The following year, Holmes dropped out of Stanford to pursue a career in the healthcare tech sector.

How did Elizabeth Holmes build her net worth?

Elizabeth Holmes built her net worth as the founder and CEO of Theranos, a biotech company.

When the company reached its peak valuation of $9 billion, Elizabeth had a net worth of $4.5 billion on paper, thanks to her stock in the company.

At the time, she held the title of the youngest self-made billionaire in the world.

However, a scandal erupted around her company, with the State of Arizona filing suit against her company for making false claims about its healthcare device.

Holmes would avoid litigation by giving up her stock to shareholders.

However, it was only a short reprieve from the situation, with the Securities and Exchange Commission (SEC) charging Holmes with fraud in 2018.

The charges included defrauding investors of more than $700 million using false data on the efficacy of her products.

Theranos and Holmes also faced charges relating to making fraudulent claims about Theranos having contracts with the Department of Defense and lying about its revenue streams.

The SEC settlement forced Holmes to give up her remaining shareholding in the company.

She also received a ten-year ban from holding any officer title at a public company.

The company ended up dissolving in late 2018.

Elizabeth was found guilty in court of criminal fraud and conspiracy in January 2022.

Elizabeth Holmes idolized the late Steve Jobs, one of the founders of Apple.

She would frequently dress in a black turtleneck sweater, similar to Jobs’ dress style.

She would also appear in self-portraits in similar poses to Jobs, and she would say that she was the most important person in tech since the passing of Steve Jobs.

How rich is Elizabeth Holmes?

Elizabeth Holmes has a net worth of near zero dollars.

She was involved in a court battle that resulted in being found guilty of defrauding investors.