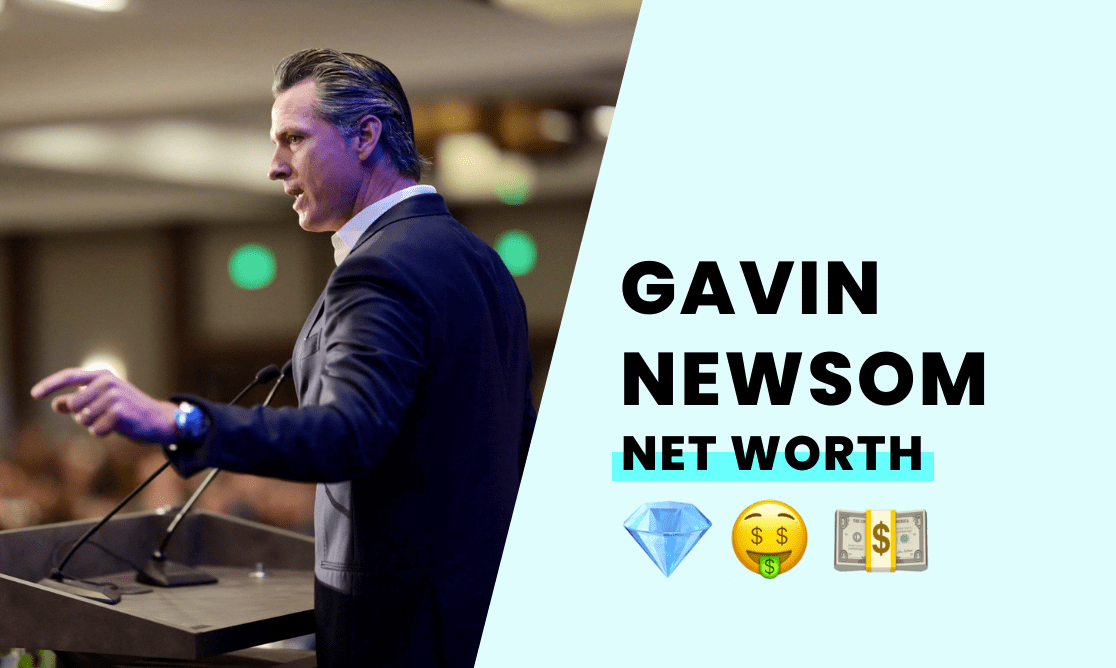 Gavin Newsom was born in San Francisco, California, on October 10, 1967. His parents were Tessa and William, a judge and attorney.

Newsom spent his early kindergarten years at Ecole Notre Dame Des Victoires but was transferred to a different kindergarten because of his dyslexia. Being dyslexic, according to Newsom, contributed to what he has called a difficult childhood.

He attended Redwood High School and graduated in 1985. With a partial baseball scholarship, he went to Santa Clara University. Newsom graduated with a B.S. in political science.

Newsom lives in Fair Oaks, California, with his wife, Jennifer Siebel. He has four children.

Before marrying Siebel, Newsom was married to Kimberly Guilfoyle from 2001 until their divorce in 2006. Guilfoyle, a registered Republican, served as an advisor to President Donald Trump and is in a relationship with his son, Donald Trump Jr.

Newsom is related to Nancy Pelosi through his aunt, who married her brother-in-law.

How did Gavin Newsom build his net worth?

Newsom may be a politician, but he started as a winery owner. In 1991, he and a group of investors founded Plumpjack Associates. The following year, they launched the winery. Newsom has launched I1 other businesses, each of

which has been partially financed by businessman and classical music composer Gordon Getty. Getty is the fourth child of the American industrial J. Paul Getty

Over time, his business grew to host more than 700 employees. By 2000, he had opened a wide assortment of companies covering a range of industries. From PlumpJack Winery and PlumpJack Café to PlumpJack Development and PlumpJackSport and retail.

In 2004, Newsom was elected as San Francisco's Mayor, which prompted him to sell his shares in many of his San Francisco-based ventures. He did, however, maintain ownership of those outside of the city.

He has also been a real estate investor. In 2009, Newsom generated a $750,000 profit from selling some of his property. Following his election as mayor, he entered politics fully and has secured his spot in the Democratic Party ever since.

How has Gavin Newsom spent his wealth?

According to reports, Gavin Newsom sold his Marin County mansion for $5.9 million in 2021 to move to his new $3.7 million home in Fair Oaks. Newsom bought the home in 2011 for a little over $2.2 million. His new home has six bedrooms and covers 12,000 square feet on 8.2 acres. The grounds contain a pool, tennis court, wine cellar, and separate guest facilities.

How rich is Gavin Newsom?

Gavin Newsom's estimated net worth is around $18 - $22 million. He made his money in business and real estate investments before becoming governor.

Is Gavin Newsom a millionaire?

Yes. Gavin Newsom is a millionaire.

Newsom's father was a judge and attorney for Getty Oil, so it's safe to say that he was born into wealth.