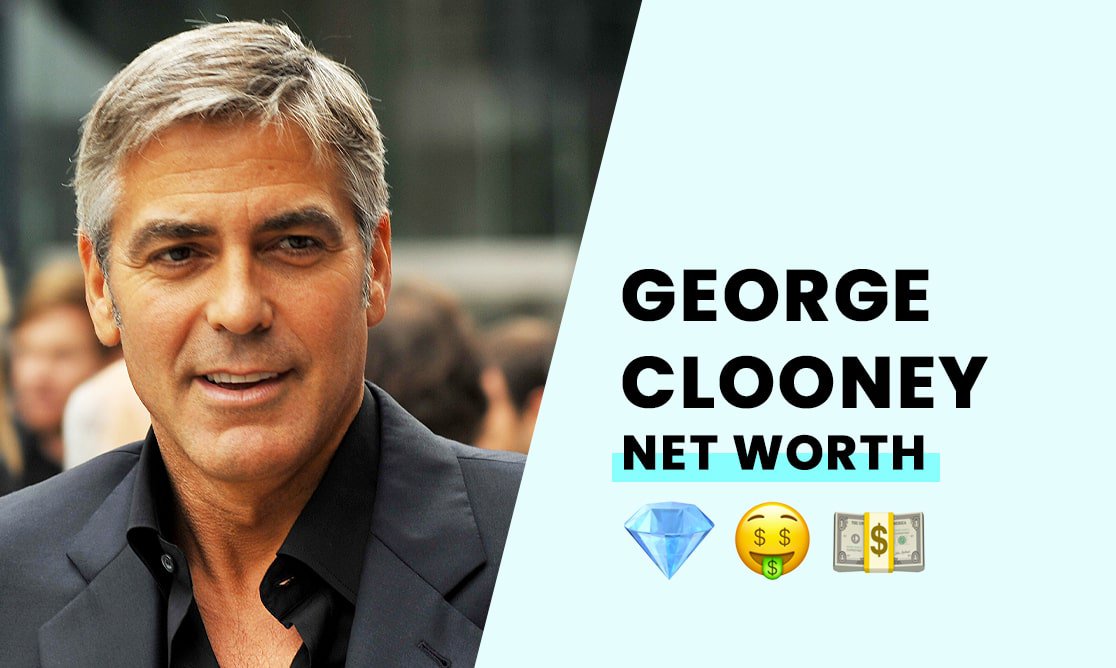 The estimated net worth of George Clooney is $500 million.

George is one of the most sought-after talents on the Hollywood A-list, and he earns $20 million per movie role. Clooney is also the founder of "Casamigos Tequila," He sold the brand to Diageo for $1 billion.

Born in Lexington, Kentucky, on May 6, 1961, George Clooney is the son of Nina Bruce, a city councilwoman and beauty pageant contestant, and Nick Clooney, a former TV host, and anchorman. Clooney grew up in a Catholic household but withdrew from the church to live a somewhat agnostic life.

George developed Bell's Palsy in the seventh grade, with the condition paralyzing one side of his face. The palsy made Clooney a subject of teasing by the other kids at school. However, he recovered from the condition after a year.

Clooney enjoyed playing sports in school, and he even went as far as trying out for the Cincinnati Reds after completing high school.

George attended Blessed Sacrament School in Fort Mitchell, Kentucky. After he graduated, the family moved to Mason, Ohio. Clooney attended Northern Kentucky University from 1979 to 1981, majoring in broadcast journalism. However, he dropped out before graduating to chase a career in acting.

How did George Clooney build his net worth?

During his final seasons on the show, Clooney started acting in Hollywood films, landing roles in "From Dusk til Dawn," "Out of Sight," and "One Fine Day." He also had a single part in a Batman film succeeding Val Kilmer as Bruce Wayne.

Clooney earned three Golden Globe Awards and two Primetime Emmy Award nominations as Dr. Ross on "ER." After leaving the show, Clooney started appearing in many smash-hit box office successes. His most popular film to date is the comedy crime drama "Ocean's Eleven," and he appeared in the rest of the Ocean's franchise movies alongside an all-star cast including the likes of Brad Pitt, Julia Roberts, Matt Damon, Don Cheddle, Bernie Mac, and Al Pacino.

Clooney won his first Academy Award for best supporting actor in the 2005 film "Syriana." George is also the first person in Hollywood history to receive an Academy Award nomination for acting and directing in the same year.

Clooney is the only actor to receive Academy Award nominations in six categories. George received the 2018 AFI Life Achievement Award for his contribution to the film industry.

George says he experienced success because he knew when to take a chance with his career.

He says his choice to quit university for an acting role changed his life.

How rich is George Clooney?

With a reported wealth of half a billion dollars, George Clooney is one of the most prolific talents in Hollywood history. He is also an outspoken advocate in the race to save the planet from the effects of climate change.