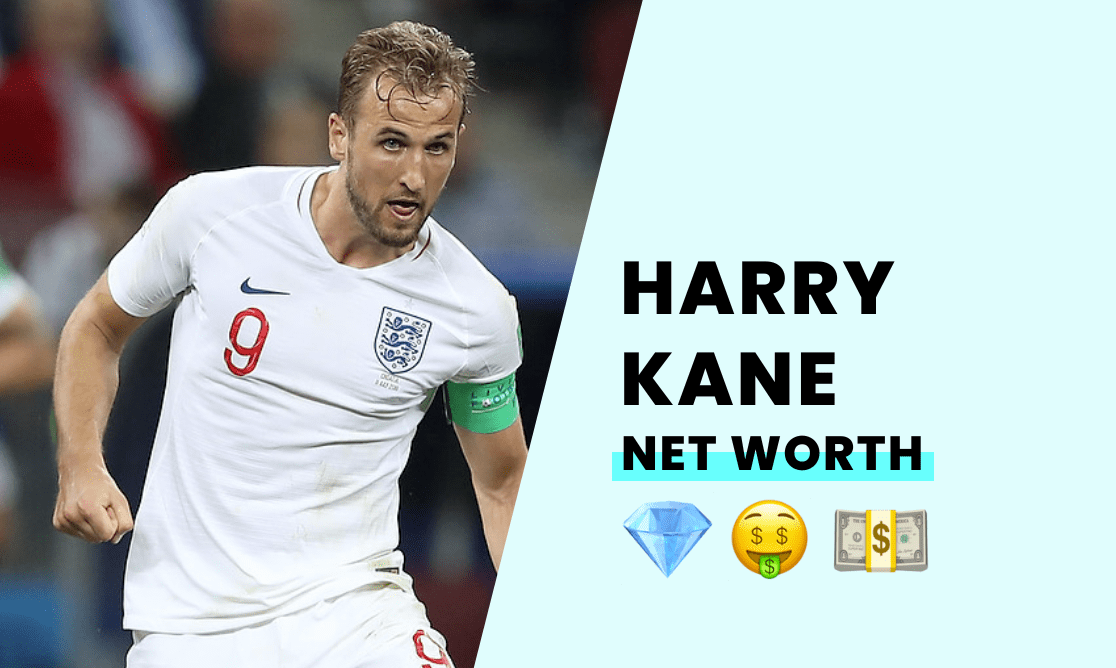 Superstar striker of EPL football Harry Kane has a net worth of around $80 million.

The English-born professional footballer (soccer player) is an exceptionally talented striker for both club and country.

Born on 28 July 1993 at Walthamstow, North London, into an English and Irish family.

He has one older brother, Charlie Kane.

The future goalscorer grew not far from the Tottenham Spurs stadium.

He played for a variety of London teams growing up, coming up through youth academies and teams of Ridgeway Rovers, Arsenal, Watford, and Tottenham.

Kane spent four years signed for Spurs but playing on loan at other clubs – Leyton Orient, Millwall, Norwich, and Leicester City – before his career playing for Spurs would kick off in earnest in the 2014-2015 season.

That season he would score 4 goals across all club competitions and also make his first cap for the English national team, scoring 3 goals that year.

How did Harry Kane build his net worth?

Harry Kane's dedication and ambition to be a world-class goalscorer pushed him to a high-paying sports career in professional soccer (football) scoring over 250 goals and massive serious salaries.

Kane's annual income of $12 million, personal investments of $17 million, and luxury cars worth $2 million bring his total net worth up to an estimated $80 million.

He is the highest paid player at Tottenham Hotspurs with a weekly salary of GBP £200,000 per week. Only fellow striker Heung-Min Son is close to rivaling Kane for that earning power.

Kane has won the EPL Golden Boot 3 x times for scoring more goals per season than anyone else - one award behind Arsenal legend Thierry Henry.

Football pundits rate him as a world-class striker, mentioning him in the same breath as other prolific goalscorers such as Messi, Cristiano Ronaldo, and Robert Lewandowski, as well as English greats Alan Shearer, Wayne Rooney, and Andy Cole.

In August 2021, Kane signaled that a big move to EPL winners Man City was a real possibility. But Spurs boss Daniel Levy had to dig deep to keep Kane at the club.

How rich is Harry Kane?

With an estimated personal fortune of $80 million, Harry Kane is one of England's richest footballers.

How much does Kane make per year?

Kane's impressive weekly salary is less than half of Cristiano Ronaldo's $600,000 at Manchester United.

Like the vast majority of English footballers, Harry Kane grew up in modest circumstances but thanks to the 'Beautiful Game' he has grown into a multi-millionaire.