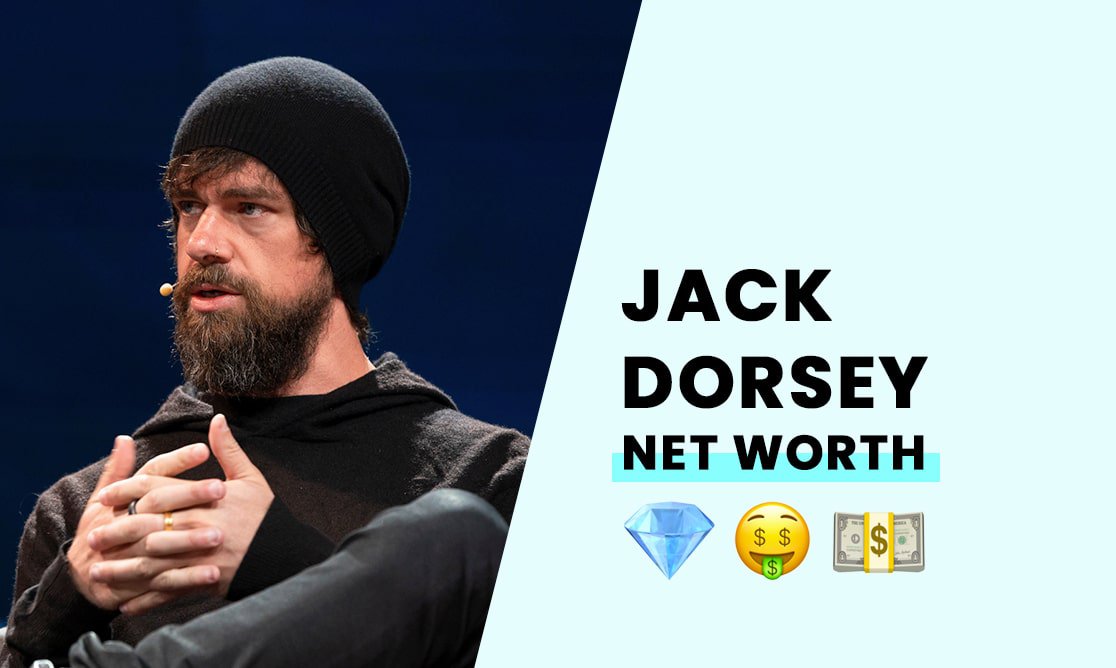 The estimated net worth of Jack Dorsey is $12 billion.

Dorsey is the former founder and CEO of Twitter. He is also a successful venture capitalist and philanthropist.

The bulk of Dorsey's net worth comes from his investment in the payments company Square. He holds 2% of the shareholding in Twitter and 43 million shares in Square.

He coded a dispatch software still in use with major cab companies. Infamously, Jack hacked the dispatch of the largest cab company in New York City when he was 17. However, as a white-hat hacker, he emailed the company, notifying them of his exploit.

He spoke to the CEO, asking them to hire him to tighten their online security. The company offered him a job, and Jack moved to New York City to start his career.

Jack attended Bishop DuBourg High School in St. Louis. In 1995, Dorsey enrolled at the University of Missouri–Rolla before transferring to New York University in 1997.

However, he would drop out of school the semester before his graduation. Jack came up with the idea for Twitter while attending NYU, but it would be years before he put the idea into action.

How did Jack Dorsey build his net worth?

Jack started his career working at one of NYC's biggest cab companies as an online security consultant. He would leave the company to found his first tech venture with his boss. However, it didn't go as the duo planned, and Jack took his second job working for the podcasting company Odeo.

While working at Odeo, Jack introduced his idea for Twitter to the firm in a brainstorming session. The company agreed to launch it as "project twttr." The company CEO decided to launch Twitter as an independent venture outside the Odeo umbrella.

As a result of the strategy, many Odeo investors felt the founders cut them out of their fair share on Twitter. Jack went on to win several innovation awards for his many tech companies.

The MIT Technology Review TR35 named him one of the top innovators under 35 in 2008, and The Wall Street Journal called him the "Innovator of the Year" in 2021. Dorsey has a seat on the board of The Walt Disney Company.

Jack stepped down from his role as Twitter CEO in 2021. He handed the reins to Parag Agrawal, the company's new chief officer.

Jack maintains a rigorous schedule of his time. He says that he categorizes his time into five or ten-minute blocks, and he's ruthlessly efficient at everything he does in life.

How rich is Jack Dorsey?

With a reported wealth of $12 billion, Jack Dorsey is one of the richest men in the world and one of the original titans of tech.