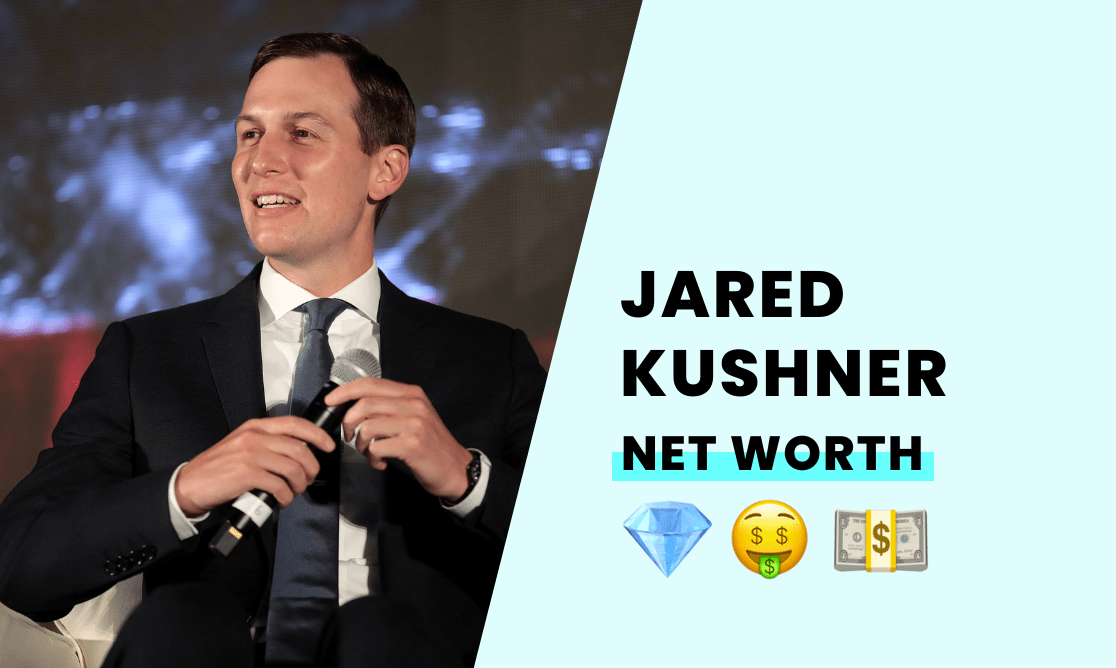 Jared Kushner's net worth is estimated to be around $800 million.

His wealth has been amassed from real estate, private equity, and politics.

Kushner was educated in Business and Law with two degrees from NYU School of Law and NYU Stern School of Business.

Jared is married to Ivanka Trump with whom he has 3 children.

He's the son-in-law of former President Trump, serving as a special advisor during his term. Kushner played a pivotal role in the Abraham Accords.

He came from a wealthy, well-connected Jewish New York family.

And to keep things competitive, his brother, Joshua Kushner, is a private equity investor with an even bigger personal wealth.

How did Jared Kushner build his net worth?

Like his father-in-law, Donald Trump, Jared's father, Charles Kushner, was a New York real-estate developer for many years.

Jared eventually took over the management and operation of the family business while his father was locked up in prison for illegal campaign contributions, tax evasion, and witness tampering.

He later purchased a prime piece of real estate in Manhattan and launched Kushner Companies in 2008.

In 2016, Kushner became a senior advisor to President Trump during his campaign.

Following the election, he retained his position as an advisor during Trump's tenure in the White House.

Kushner was critical in moving the U.S. Embassy in Israel from Tel Aviv to Jerusalem.

He was also instrumental in brokering the Abraham Accords, the historic agreement that ushered in the normalization of relations between Israel and several Arab states in the Middle East.

Following his tenure in the White House, Kushner didn't stay to help on Trump's 2020 re-election campaign. Instead, he launched Affinity Partners, a private equity firm. The Sovereign Wealth Fund of Saudi Arabia poured in funds.

He maintains his role as a real estate investor and director of Kushner Companies.

How rich is Jared Kushner?

Is Jared Kushner a millionaire?

Yes, a multi-millionaire 800 times over.