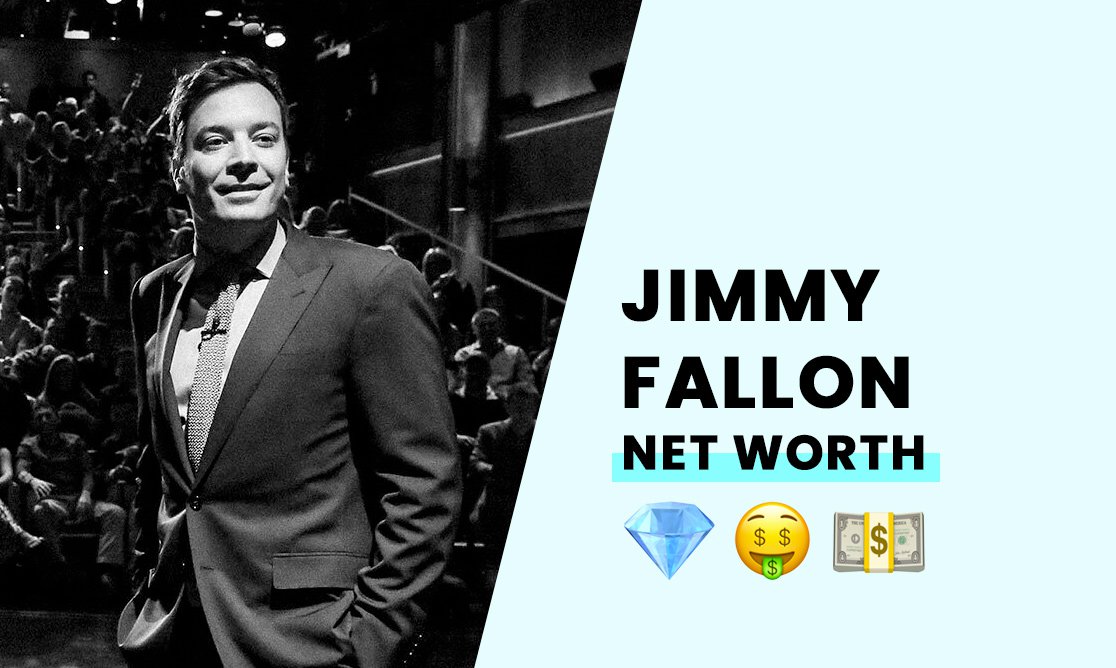 The estimated net worth of Jimmy Fallon is $60 million.

Fallon is an American TV presenter, producer, comedian, writer, singer, and actor. He is best known for his role in presenting the TV show "The Tonight Show with Jimmy Fallon." He receives an annual salary of $16 million for hosting the Show.

Born on September 19, 1974, James Thomas Fallon is the son of James and Gloria Fallon. Jimmy grew up in New York City with an obsession with the Show "Saturday Night Live." He would learn to play the guitar at age 12.

Jimmy attended St. Mary of the Snow Catholic school. He also served a role as an altar boy, and he said he toyed with the idea of becoming a priest when he was young. He performed in stage productions while attending Saugerties High School, graduating in 1992.

Fallon attended The College of Saint Rose in Albany, New York, using his time on the weekends to perform standup comedy. Jimmy decided to drop out of college a semester before his graduation in 1995. He moved to Los Angeles when he was 21 to chase a career in entertainment.

How did Jimmy Fallon build his net worth?

Fallon had his first audition for SNL in 1997 but didn't make the cut for the Show. However, he tried again at the age of 23, making it onto the Show's cast. He went on to perform with SNL for the 1998 to 1999 season. Fallon also earned a reputation as the Show's most-featured impressionist.

He took over from Conan O'Brien as the host of the Late Night Show in 2009, with the show rebranding to Late Night with Jimmy Fallon. Fallon would go on to succeed Jay Leno at "The Tonight Show" in 2014. Fallon is the first host in the Show's history to go on to host it without ever appearing as a guest.

Before Fallon, Jay Leno guest-hosted for Johnny Carson, Carson for Jack Parr, and Parr for Steve Allen. In 2010, Fallon received a Primetime Emmy Award for Late Night with Jimmy Fallon. He also earned awards for Saturday Night Live in 2012 and 2014 and for hosting The Tonight Show in 2015.

Jimmy credits his success to his faith. He says he is a lifelong Catholic, and he still attends church. He says he loves the smell of being inside the walls of his local church, and he believes his faith in God is responsible for his success.

How rich is Jimmy Fallon?

With a reported fortune of $60 million, Jimmy Fallon is one of the richest men in TV and entertainment. He lives and works in New York City with his wife, Nancy Juvonen, co-owner of the production company "Flower Films." In fact, if you earn the average US salary of $52,000, it would take 1,154 years to make as much as Jimmy Fallon's net worth.

Is Jimmy Fallon a millionaire?

Jimmy Fallon's status as a millionaire is secure.

Is Jimmy Fallon a billionaire?

Jimmy Fallon does not have a billion dollars, but he is a millionaire. And he's funny.

Jimmy Fallon is not broke.

Jimmy Fallon is not from a wealthy family and was not born rich.