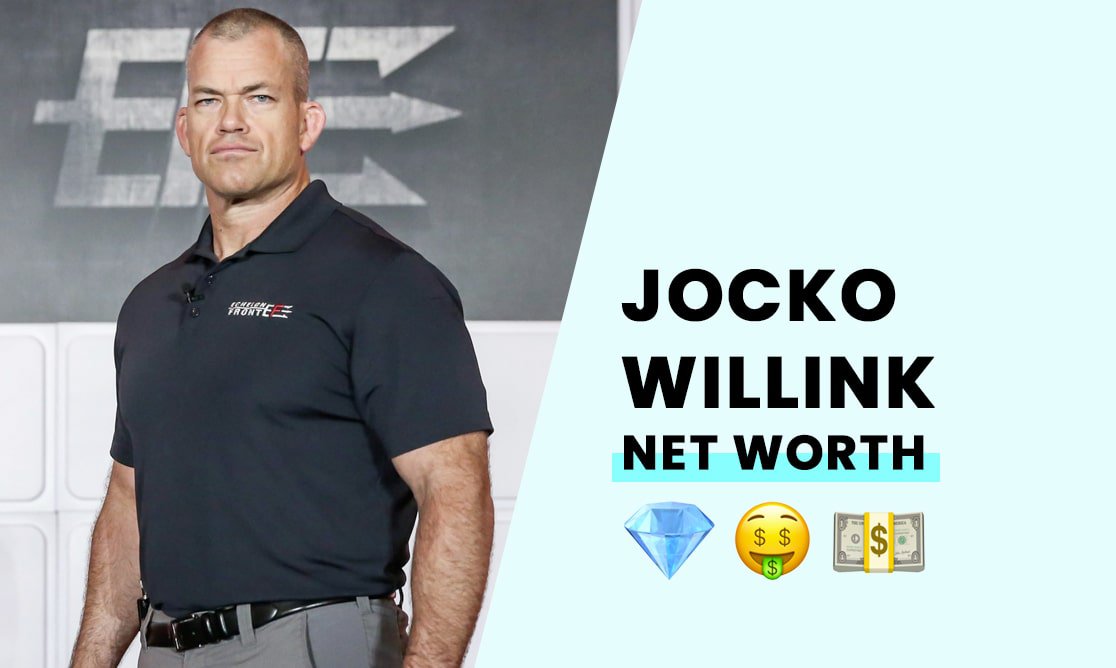 The estimated net worth of Jocko Willink is $6 million.

Jocko's real name is John Gretton Willink and he was born in 1971 in Torrington Connecticut. He is most known for being a motivational speaker and podcaster. A different set of people will recognize him as a decorated battle-proven former Navy Seal.

The Early Life of Jocko Willink

Jocko Willink was born in New England in 1971 and had two siblings. His early life was pretty typical and he spent most of his time being tenacious. This personality trait paired with his strict upbringing led him to enroll in a military school which further helped him once he joined the service.

After graduating from high school Jocko went on to secure a Bachelor’s degree from the University of San Diego. He then entered the military and embarked upon his journey through the navy training school. In addition to base naval training, he also underwent BUDS training to become a Navy Seal.

How did Jocko Willink build his net worth?

Jocko Willink built his net worth of approximately $6 million with a consultancy business, authoring books, and charging speaker's fees.

Jocko retired from the military in 2010 and then launched a consultancy business with his partner Leif Babin. The name of the company was Echelon Front consulting entity, and during that time, they both co-authored the book "Extreme Ownership: How US Navy Seals Lead and Win."

Jocko has a highly popular podcast named "The Jocko Podcast." He features a regular roster of guests and uploads talks on a weekly basis. His podcast covers a variety of topics focusing on leadership, fitness, self-help, and more.

Among his many talents, being a published author is yet another on the list. He has several titles penned under his name whose topics range from Leadership to a fictional children’s series. As a side note, he also dabbles in designing jeans for men in his spare time.

Jocko is also well known for his trim stature and well-defined physique. He owns and operates a gym called "Victory MMA and Fitness," targeted toward professional athletes, boxers, and fighters. He has also been awarded a black belt in Jujitsu due to his training techniques.

Jocko’s productivity habits began when he was a child and were further honed during his time in the military.

He maintains a strict schedule in both his professional and his personal life to help him reach his goals effectively.

Jocko also makes a point of setting aside time in his daily routine for his family and recreation to unwind.

The main thing he wants people to take away from his teachings is that there is no limit to what you can do when you put your mind to it.

How rich is Jocko Willink?

Through dedication to his morals and ethics and by teaching his ideals to others, Jocko Willink has been able to amass a net worth of just over $6 million.