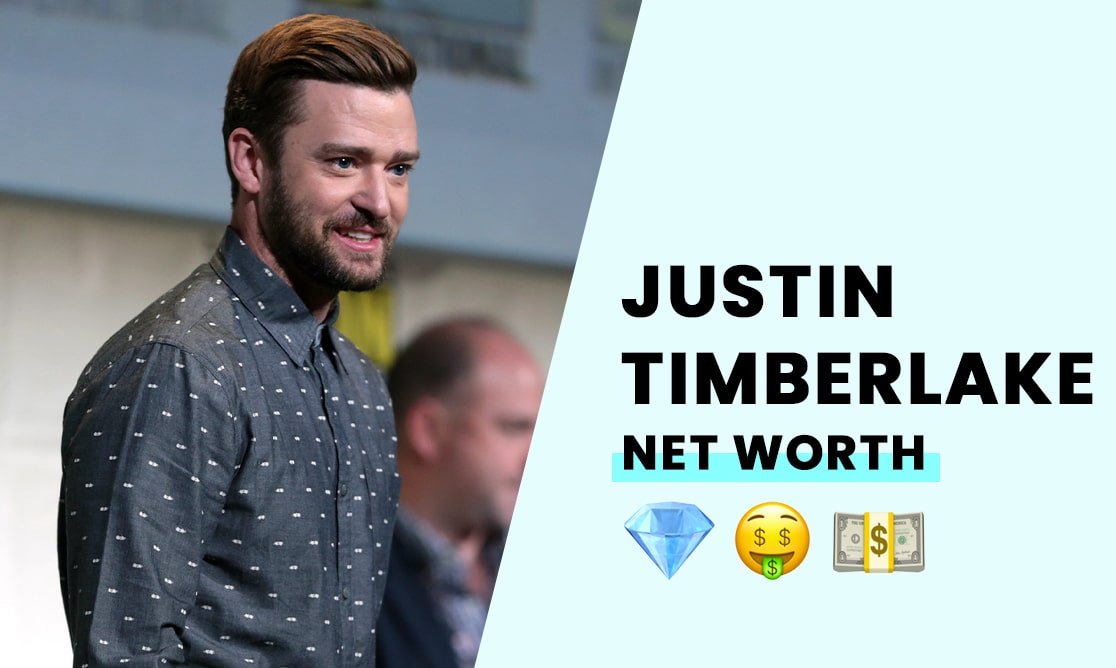 Justin Timberlake's net worth is estimated to be approximately $250 million.

Justin Timberlake was born in Memphis, Tennessee, on January 31, 1981. His parents are Janet and Charles Timberlake. His father directed a Baptist church choir.

Because of his involvement with Disney's "Mickey Mouse Club" show, Timberlake had to take remote classes with the University of Nebraska High School.

Justin Timberlake has two half-brothers from his father's second marriage, Jonathan and Stephen. He married Jessica Biel in 2012. The couple has two children together.

How did Justin Timberlake build his net worth?

Justin Timberlake has been in the music business since the 1990s. He's been building his net worth ever since.

He started as a child actor in the "Mickey Mouse Club" alongside several other big names like Britney Spears, Christina Aguilera, and Ryan Gosling. As he grew older, he became part of the pop boy band NSYNC. From 1995 to 2002, Justin and NSYNC rose to fame, churning out hit after hit. Their first three albums alone sold 300 million copies. As a group, they earned just under $260 million in the US alone in the year 2000. After NSYNC disbanded in 2002, Justin moved forward with his solo career.

He has toured on his own and with other artists, generating ticket sales of upwards of $900 million from 2003 to 2018.

However, Justin is more than just a sweet voice. As of late, he has also dabbled in producing.

Over the years, JT cashed in on his public image with various product endorsements, sponsorships, and brand partnerships. Brands he has worked with include McDonald's, Levi's, American Express, and Mastercard.

In 2022, it was confirmed that Timberlake had sold the rights to his music catalog to Hipgnosis Song Management, a British management company backed by Blackstone. Although the price was not disclosed, it was rumored to be around $100 million. Why would Justin Timberlake sell his music catalog? It means he has more financial stability and can plan his estate.

How has Justin Timberlake spent his wealth?

Justin Timberlake has a wide range of investments. He owns 901 Tequila and a clothing line, William Rast. A little-known fact is that Justin Timberlake and partners purchased MySpace in 2011 for $35 million, which he hoped to relaunch and take market share from YouTube, Facebook, and Spotify. Things didn't go to plan with the brand's relaunch. It was sold to Time Inc. for $87 million in 2016.

According to reports, Justin Timberlake, his wife, Jennifer Biel, and their two sons live comfortably and have several luxury homes. Justin bought his first Hollywood home in 2002 for $8.3 million and put it on the market for $35 million in 2021. The Spanish-style mansion on 13,000 feet of land has nine bedrooms and 13 bathrooms.

Justin also bought a penthouse in Lower Manhattan for $6,568,000 in 2010. The four-bedroom and six-bathroom property has a roof terrace, fitness center, and an enormous indoor swimming pool. Timberlake took a $200,000 loss on the apartment when he sold it in an off-market deal in 2018.

Then, there's the Montana ski home at the Yellow Stone Club in Montana. Justin pays $30,000 annually for the pleasure of owning a home in a ski resort. He also had to pay a once-off fee of $300,000 for membership when he first bought the home.

How rich is Justin Timberlake?

Justin Timberlake is one of the richest entertainers in the business. He's worth around $250 million.

No. Justin Timberlake is richer than Jessica Biel.

How much does Justin Timberlake make from McDonald's?

One of Justin Timberlake's most financially rewarding partnerships was with McDonald's for their "I'm Lovin' It" campaign. Timberlake was rumored to have been $6 million for his part.