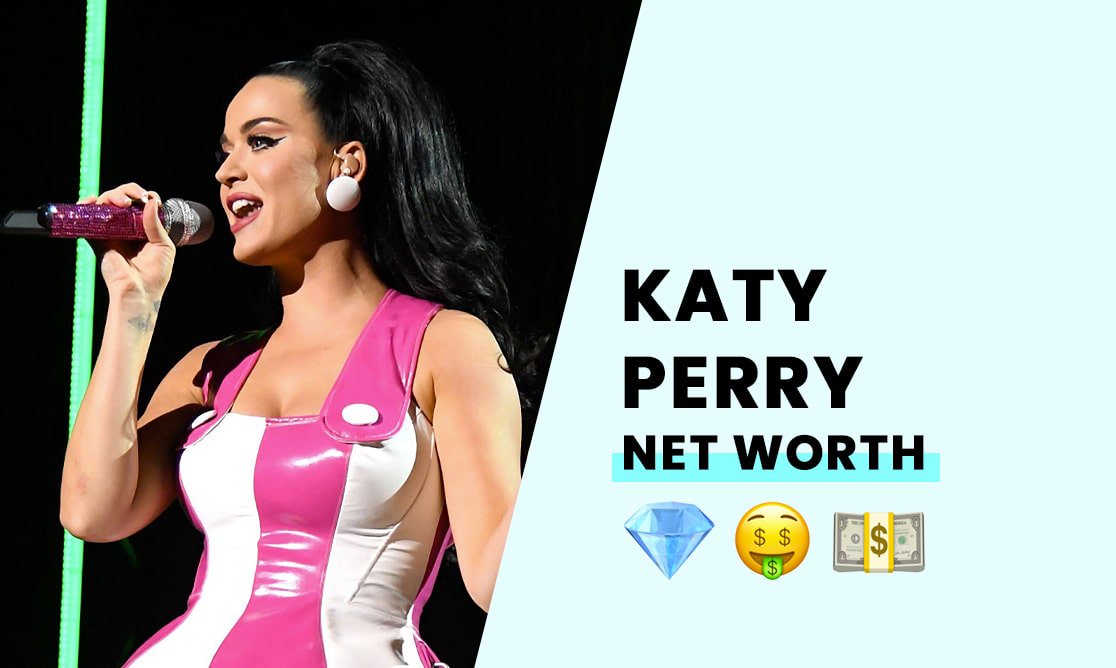 The estimated net worth of Katy Perry is $330 million.

Katy Perry is an American songwriter, singer, and reality TV judge on American Idol. Katy Perry is one of the highest-earning pop stars in history, and she has many hit records in her catalog.

Born in Santa Barbara, California, on October 25, 1984, Katheryn Elizabeth Hudson grew up in a Pentecostal home as the daughter of pastors Maurice and Mary Perry. Katie has two siblings.

Katy had a strict upbringing, and the family moved around the country during her youth, thanks to her parent's job as pastors and accepting residencies at churches around the United States. The family settled down in Santa Barbara when Katie was 11.

During her childhood, Katy's parents forbade her from listening to pop music, and Katy would have to sneak records from her friends and listen to them on headphones so her parents couldn't hear. She started her musical training at 9 years, taking vocal lessons with her sister so she could sing in the choir at church.

Since Katy's parents moved the family around the country periodically, Katy never attended junior, middle, or high school. Katy earned her GED through homeschooling at the age of 15.

How did Katy Perry build her net worth?

Katy caught the attention of rock artists Jennifer Knapp and Steven Thomas, and Katy moved to Nashville, Tennessee, after completing her GED to work with the duo. Katy released a gospel album, "Katy Hudson," on Red Hill records shortly afterward. While the album got good reviews, it only managed to sell 200 copies.

Katy made the transition to secular pop music after moving to Los Angeles at the age of 17. She signed with Capitol Records in 2007, working with producer Dr. Luke on "One of the Boys," her first pop album.

She experienced her first taste of commercial success with her 2008 single, "I Kissed a Girl." The album sold over 37 million copies in the United States, naming Perry as the sixth best-selling digital artist in history at the time.

Katy went on her first headlining tour in 2009, "Hello Katy." She wedded British comedian and actor Russell Brand in 2010 for short lived marriage.

She earned between $30 million to $50 million per year in album sales, touring, merch, and endorsements between 2009 and 2014. Katy would also make $25 million for her time hosting the reality TV show American Idol.

Katy says she earned her success through believing in herself. Her strong Pentecostal upbringing served to shape her life early on. However, she distanced herself from her childhood faith to go into pop music. Her upbringing helped her seek solace when she didn't know what to do with her career. She also credits meeting the right people at the right time as a large part of her success.

How rich is Katy Perry?

With a reported wealth of $330 million, Katy Perry is one of the richest female pop stars in the world. She continues to make pop music, and she has plans to tour in the future.