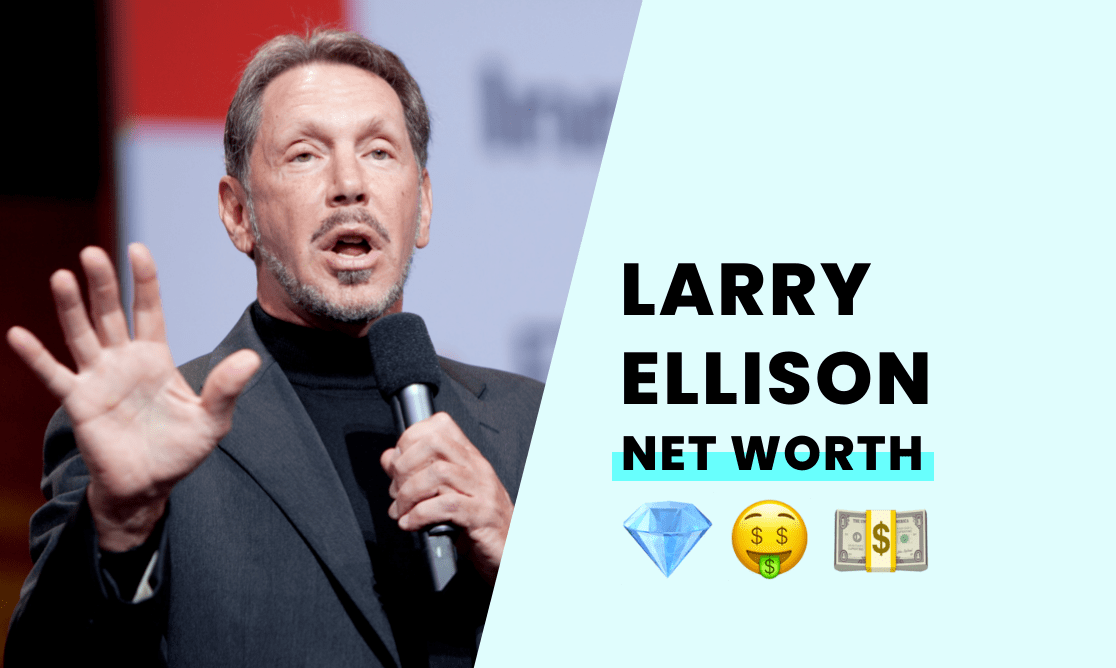 Larry Ellison's net worth is estimated to be approximately $85 billion.

Larry Ellison was born in New York City's Bronx on August 17, 1944. His biological father was a pilot in the U.S. Army Air Corps. When he was 9 months old, Larry contracted pneumonia and his biological mother decided to give him to her aunt and uncle for adoption. Larry grew up on Chicago's South Shore. It wasn't until he was 48 that he next met his biological mother.

Ellison attended South Shore High School in Chicago. He studied at the University of Illinois at Urbana–Champaign where he excelled. However, when his adoptive mother passed away, Larry dropped out without sitting the final exams of his sophomore year. He returned to university to study physics and mathematics after spending the summer in California. It was a pivotal year in his life since this was when Ellison first learned about computer design.

Ellison has been married and divorced several times. He has two children, his son, David, and his daughter, Megan.

How did Larry Ellison build his worth?

Due to his fascination with IBM’s relational database design, he decided to form a company called Oracle. This company was a database vendor servicing low-range and mid-range systems.

Larry Ellison's immense net worth can be traced back to a relational database he designed for the CIA he called "Oracle" while working for Ampex Corporation.

In 1977, Ellison and two partners invested $2,000 of seed capital — a lot of money at the time — and co-founded Software Development Laboratories (SDL). Two years later, SDL changed its name to Relational Software Inc. Its flagship product was a database called Oracle. In 1983, taking inspiration from their flagship product, SDL was rebranded as Oracle Systems Corporation.

By 2005, Ellison's salary at Oracle was almost $1 million a year, with additional performance bonuses and compensation. As of 2007, Ellison was earning just over $61 million from the company that year alone. The following year, he earned $84 million, and in 2009, $54 million.

In 2010, Oracle purchased Sun Microsystems, which gave them a bevy of products and rights to the HP lineup.

Ellison has a stake in several other tech companies, including 3 million shares of Elon Musk's Tesla, where he is also a director.

How has Larry Ellison spent his wealth?

Larry Ellison famously admires sailing and has owned several superyachts over the years. He gives all his yachts Japanese names. Musashi, a luxury yacht worth approximately $160 million, is 88 meters long with the capacity to sleep up to 18 visitors and carry a crew of 23.

Still, no matter how spacious and luxurious the yacht is, he can't live on it, and he doesn't. He owns a home in Florida worth $173 million on a 22-acre island. The main house consists of two parts: one faces the ocean and the other a lake. All in all, this property has 2,500 feet of waterfront. The 85,000-square-foot property contains 33 bedrooms and 34 bathrooms. The gardens contain an 18-hole mini golf course, a tennis court, a boat dock, a bird sanctuary, and PGA standard golf practice area.

In 2012, Ellison paid $300 million for 98% of Lanai, a small Hawaiian island now largely the preserve for the rich and famous with money to spare.

Ellison has been a generous supporter of charities. In 2016, for example, he donated $200 million to the University of Southern California to fund pioneering cancer research. His good friend, the late Steve Jobs, who was a photographer at one of his weddings, passed away from a rare form of pancreatic cancer.

A licensed pilot, Ellison owns two military fighter jets: a decommissioned Soviet-era MiG-29, and an SIAI-Marchetti S.211, which was previously flown by the Italian Air Force.

How rich is Larry Ellison?

Larry Ellison is one of the world's richest people. His net worth is estimated to be around $85 billion.