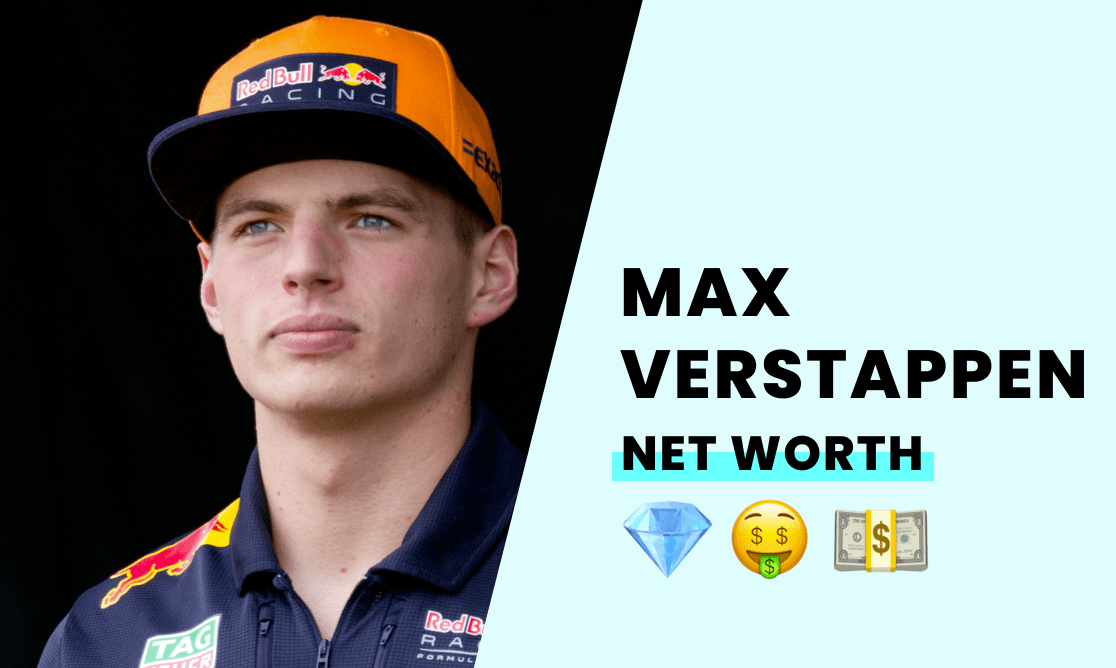 Max Verstappen's net worth is an estimated $250 million, making the record-breaking Dutchman the highest-paid driver in Formula One.

Born September 30, 1997, Max Verstappen, was born into a racing family on the border between Holland and Belgium.

Entering F1 before he was legally able to drive on the roads, Max had little time or need for formal classroom education. You could say he attended the school of life.

He has been linked with the Brazilian model, Kelly Piquet, since 2020.

How did Max Verstappen build his net worth?

World champion F1 driver makes most of his money from contracts with his team, prize winnings, bonuses and sponsorships, and brand endorsements.

Coming up through karting and junior racing teams, Verstappen debuted in Formula One in 2014 for Toro Rosso.

He started racing for Red Bull in 2016 and won his first world championship in the 2021 season.

Red Bull re-signed Verstappen in 2022 on a 5-year contract extension to the end of 2028, reportedly earning him a staggering $53 million per season.

He has sponsorships and brand endorsements with a growing list of Dutch and international brands, including Red Bull, CarNext.com, Jumbo, G-Star clothing, Ziggo TV, and Viaplay.

How has Max Verstappen spent his wealth?

Since the cash has rolled in, Max Verstappen has spent big on real estate. His main house — a $16 million penthouse — is in the exclusive enclave of Monaco.

As with many other F1 drivers, Max appreciates luxury cars. His collection includes cars from Aston Martin, Ferrari, Renault, Mercedes-Benz, and Porche.

And to cut down on travel time between F1 races, Verstappen uses his own $14 million private jet, which he bought from British entrepreneur Richard Branson.

How rich is Max Verstappen?

Approximately $250 million and growing. His massive salary from Red Bull is his main source of wealth.

Is Max Verstappen a millionaire?

Yes, Max Verstappen is a multi-millionaire with a good shot at becoming a billionaire.