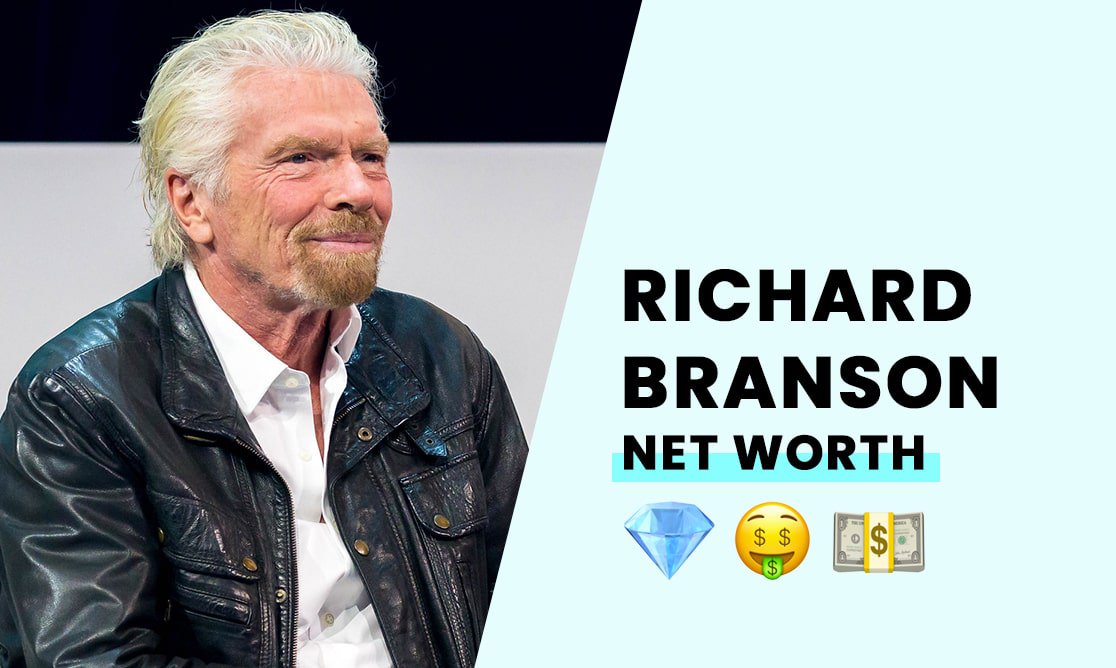 The estimated net worth of Richard Branson is $4.5 billion.

Sir Richard Branson is an English entrepreneur, and the founder of the Virgin Group, with a portfolio of more than 400 companies.

Branson started his career by founding Virgin Records, and he's responsible for finding some of the world's biggest music icons.

Born on the 18th of July, 1950, in London, England, Richard Branson has two younger sisters. His father was a barrister, and his mother was an airline hostess. Branson remembers growing up in near-poverty during his childhood in England.

Richard struggled at school. His teachers would eventually send Branon to a doctor, where he received a diagnosis of Dyslexia. As a result of his condition, Branson found school boring.

He decided to cut his schooling short, focusing on building the readership of his publication, "Student" magazine. Richard fondly remembers his principal telling him that he would either end up a millionaire or in jail.

How did Richard Branson build his net worth?

Branson dropped out of high school in 1966 to found "Student" magazine. Initially, the magazine focused on taboo topics, such as sexually transmitted diseases. As a result, Branson received censorship from the British government, requiring him to attend protests to overturn the ban on Student.

With the success of Student, Branson went on to found Virgin records in 1969, opening the first Virgin Records store in 1970 in Oxford, London. Branson expanded the brand to include the Virgin Record Label a few years later, renting an estate in rural England to attract recording artists.

In 2004, Branson announced the founding of Virgin Galactic, his space exploration company, long before Bezos and Musk got into the game. However, he didn't make it into space before either Musk or Bezos.

The Virgin Group currently controls more than 400 companies under the Virgin umbrella. Queen Elizabeth II knighted Branson in 2000 for his services to the empire. A 2002 BBC poll saw him mentioned as one of the top 100 Greatest Britons.

Branson is also an accomplished author, with several books under his belt. He famously acquired Necker Island in the British Virgin Islands in 1976 for $180,000. At the time, the island was uninhabited, and Branson built a sprawling mansion on the property, where he now spends most of his time.

Richard Branson says he attained success through his desire to achieve. He said that when BA was trying to force Virgin Airlines out of the market, his quick thinking and commitment to his business saw him through the early troubles with the company.

He’s since used his charismatic demeanor to energise and attract top talent to work for his companies. Never failed to play the showman to promote his businesses and injected personality into each enterprise he takes the Virgin brand into.

How rich is Richard Branson?

With a reported fortune of $4.5 billion, Richard Branson is one of the richest men in the world and the founder of the Virgin Group.