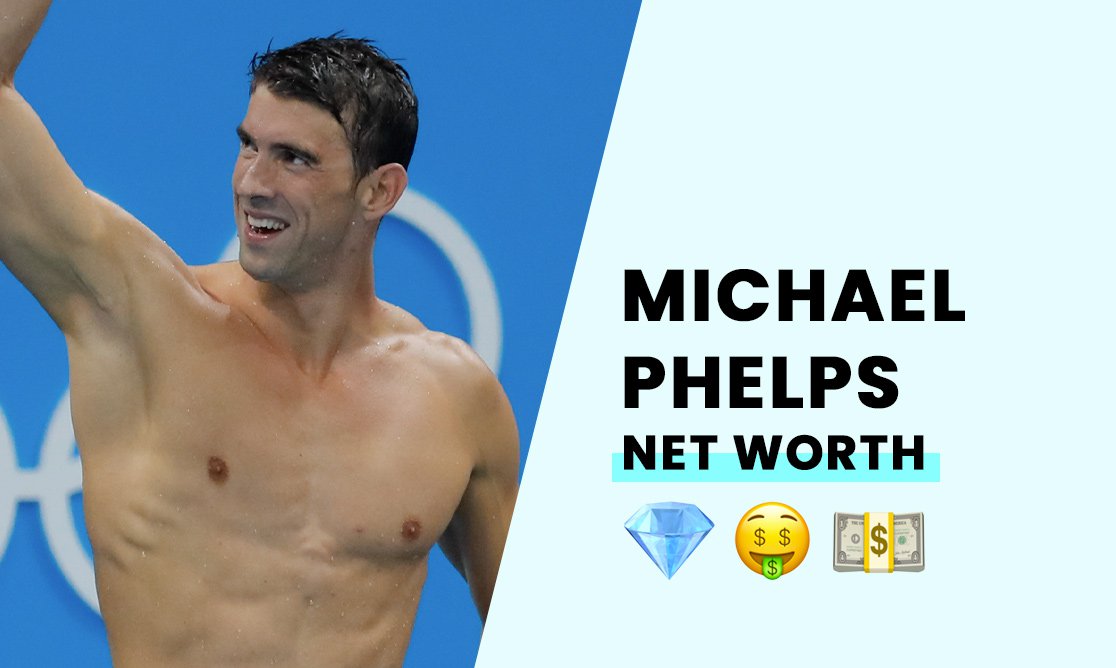 The estimated net worth of Michael Phelps is $80 million.

Phelps is a former American Olympian swimmer and the most decorated Olympic athlete of all time, holding a staggering 28 medals. Phelps is one of the highest-paid Olympians of all time, putting him in the same league as the Olympic sprinter, Usain Bolt.

Born on the 30th June 1985, in Baltimore, Maryland, Michael Phelps has two older siblings. He is the son of Deborah, a middle school principal, and Michael, a retired Maryland State Trooper. Phelps started swimming when he was seven years old after his sisters pushed him into the sport.

Phelps received an ADHD diagnosis in the sixth grade, and he claims swimming was the outlet allowing him to release his excess energy. Phelps had held the national record for the 100m butterfly event by the time he was ten.

As a result of his early success, coach Bob Bowman took Phelps under his wing, training him at the North Baltimore Aquatic Club.

How did Michael Phelps build his net worth?

Michael Phelps built his fortune through his swimming career and his time as an Olympian. Phelps broke the 200m world record at the World Aquatics Championship Trials in 2001, becoming the youngest athlete to set a world record on the day.

He won eight golds at the 2008 Beijing Summer Olympics, with Phelps breaking the record held by American swimmer Mark Spitz since 1972. At the 2012 London Summer Olympics, Phelps won four gold and two silver medals. The 2016 Rio Olympics saw him win five golds and one silver.

Michael attributes his success to his natural talents and his mentors. He says working with Bob Bowman changed his trajectory as an athlete, allowing him to push new boundaries. He states that his commitment to training and diet helped him get through his early years, building his foundation for success in swimming.

Phelps likes to set goals publicly to hold himself accountable for his performance. He says that he is evidence that you are never too young to reach for your dreams. Today, Michael Phelps lives in Phoenix, Arizona, with his wife "Ms. California" Nicole Johnson, and the couple has three children, Boomer, Beckett, and Maverick.

How rich is Michael Phelps?

With a reported wealth of $80 million, Michael Phelps is the most-winning Olympic athlete of all time and a legend in the sport of swimming.

Is Michael Phelps a millionaire?

Michael Phelps is a millionaire with a net worth of at least $80 million.

Is Michael Phelps a billionaire?

Phelps is not broke and has never been bankrupt.

Michael Phelps was not born rich. He had to work hard to get where he is today.