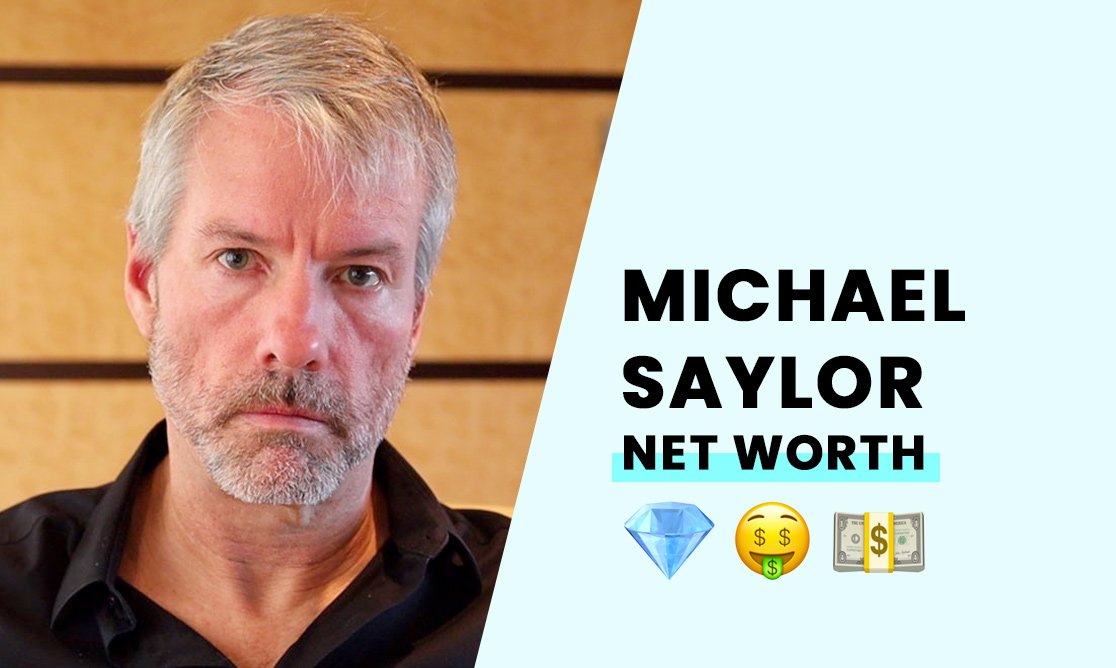 The estimated net worth of Michael Saylor is $2.6 billion.

Known primarily for his company MicroStrategy and Saylor Academy as his main businesses.

His secondary claim to fame is his bullish Bitcoin investments. Saylor is a crypto whale holding around 130,000 Bitcoins.

The early life of Michael Saylor

Michael was born in 1965 in Lincoln, Nebraska.

He spends most of his childhood between Nebraska and Ohio, where he lives near the Wright-Patterson Air Force Base.

He grew up with a patriotic father who was in the Air force and eventually he followed his father’s footsteps after he graduated.

Michael was the top student in his high school graduating as valedictorian of his class from Fairborn High.

He went on to attend MIT and graduated at the top of his class in 1987.

How did Michael Saylor build his net worth?

Saylor is worth $2.6 billion dollars generated through a diverse set of assets.

He has 29 patents currently that range from business intelligence to security and automation.

Michael has invested heavily in crypto to the tune of billions of dollars.

Saylor and the companies he controls, own about 129,699 Bitcoins.

How did Michael Saylor get started?

His career started when he joined The Federal Group, Inc, in 1987 after which he moved on to DuPont in 1988.

Not long after his stay at those two companies, Michael co-founded MicroStrategy Incorporated. The company focuses on offering cloud-based services, mobile software, and business intelligence.

In 1992 his company landed a $10 million dollar contract with the fast-food giant McDonald’s.

A couple of years later in 1997, he formed a subsidiary company named Angel, which was then sold for $110 million in liquid funds.

Two years after the cash sale of Angel, he created The Saylor Foundation which is focused on free education. In 2008, Saylor.org was launched.

The site provides college courses and content that is provided at no cost by many top universities such as Carnegie Mellon University and MIT.

By the year 2000, his main company had reached a net worth of just over $7 billion. There was a minor setback that cost him greatly when the SEC leveled charges against him, but he has since bounced back even stronger.

Michael is a visionary in the world of AI and technology.

He firmly believes that it is important to think outside of the box in order to create a better future.

When it comes to investments, he states that the only worth investments are in the form of improving technology.

By looking for paradigm shifts driven by elemental inventions, it is possible to improve the world around you and also step into the future in unorthodox ways.

How rich is Michael Saylor?

Michael Saylor has amassed a net worth of $2.6 billion dollars. His patents, businesses, and crypto investments are his main sources.