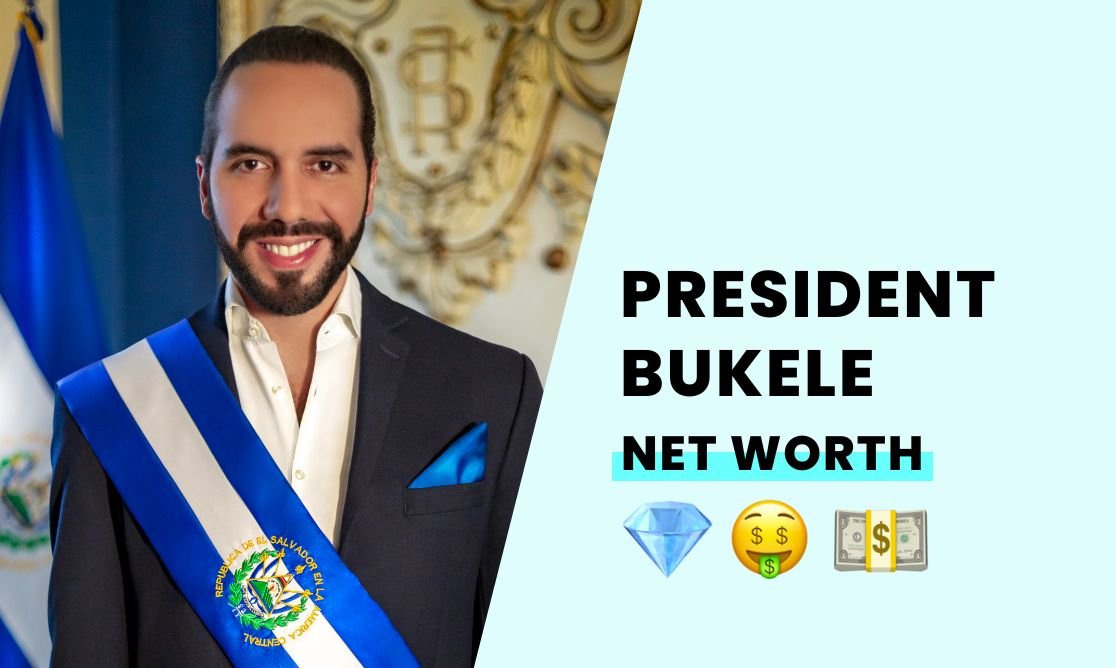 President of El Salvador, Nayib Bukele has a personal net worth estimated to be approximately $1-2 million.

Bukele was thrust onto the world stage in 2019 for his "Diamond Hands" approach to crypto, adopting Bitcoin as legal tender currency in El Salvador alongside the US Dollar.

How did he build up his money before politics and what led him to adopt Bitcoin so aggressively?

Nayib grew up in the Bukele family – which is more like a clan given how large and complicated it was.

The family business was started by his father Bukele Ortez who built a considerable business empire in El Salvador spanning advertising, textiles, pharmaceuticals, beverages, and automobiles.

By the age of 18, the young Nayib was running Yamaha Motor El Salvador.

Later he would serve as the President and Director of the family owned advertising agency, OBERMET.

How did Nayib Bukele build his net worth?

The future president entered politics first getting elected as the Mayor of Nuevo Cuscatian and later he became the Mayor of San Salvador, the capital city of El Salvador.

He enacted laws to clamp down on criminal gangs to reduce crime and lower the appalling murder rates. He also worked on expanding the local infrastructure.

Fast forward a couple of years to 2019 when Nayib ran for President and took office in June of 2019.

El Salvador's Portal de Transparencia (Office for Transparency) shows that President Nayib Bukele draws an annual salary and expenses of approx US$60,000 – modest by Western standards yet still leaps and bounds ahead of minimum wage workers in El Salvador.

The bulk of his wealth comes from his stake in the Bukele family business.

And doubtless he owns Bitcoin too.

How rich is Pres. Nayib Bukele?

Is Nayib Bukele a millionaire?

Why did President Nayib Bukele buy so many Bitcoin?

From all accounts, President Bukele's plan to go into Bitcoin centers on wealth creation for his impoverished nation.

Under his direction, the government to believed to have bought 2,380+ Bitcoins (July 2022) and have plans to develop a Bitcoin City in El Salvador’s east.

The President's Bitcoin play is a long shot for the country beset with all the problems you'd expect to find in Central America: corruption, poorly educated workforce, unbanked economy operating mostly on cash, stricken with generational poverty without any hope of breaking out of it due to crime, gangs, drugs, violence and horrendous rates of murder.

The President has elevated El Salvador's status internationally in the eyes of many casual observers and crypto investors.

If President Bukele's ambitious Bitcoin play works out then he'll have achieved something few others have managed.