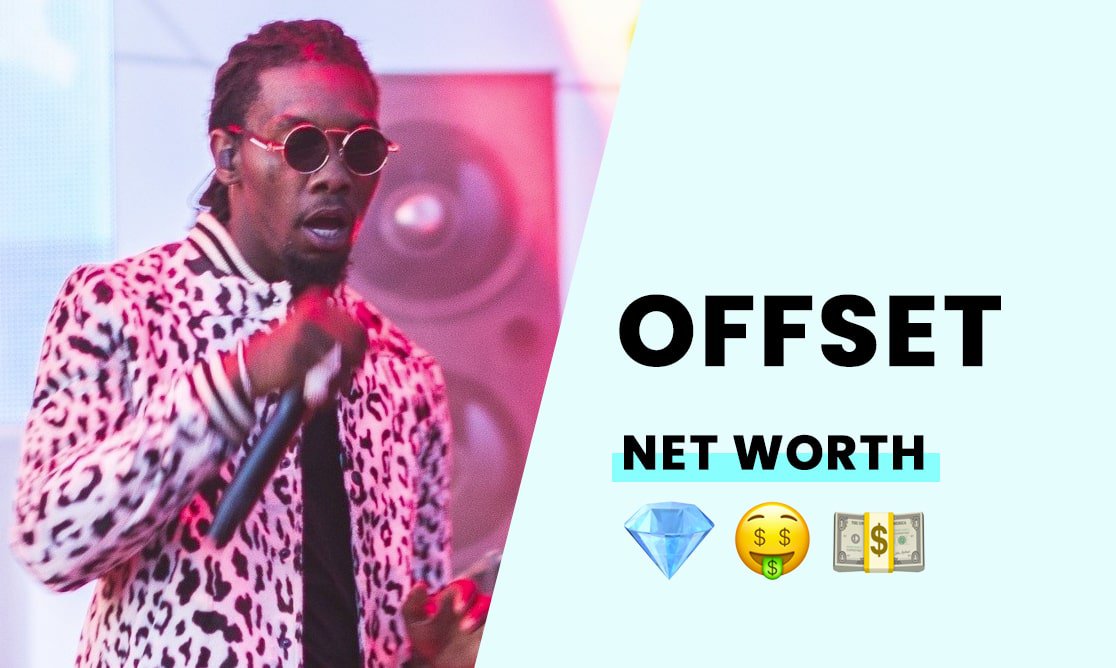 The estimated net worth of Offset is $26 million.

Offset is an American singer, rapper, and songwriter best known for his role in the hip hop trio "Migos." with rappers Takeoff and Quavo. And the husband of wealthy performer Cardi B.

Born in Lawrenceville, Georgia, on December 14, 1991, Kiari Kendrell Cephus, "Offset," had a middle-class upbringing with his family in Gwinnett County, Georgia. While growing up in Georgia, Offset met his childhood friends, Takeoff and Quavo.

The three friends are actually relatives of each other, with Quavo being Offset's cousin, and Quavo is Takeoff's uncle and Offset's cousin-once-removed. The trio grew up listening to hip-hop artists like the Hot Boys, Lil Wayne, Gucci Mane, and Outkast.

Offset went to school at the Riverside Military Academy. It's a private, college preparatory, boarding, and day school for boys. Offset attended the privileged school in grades 6 through 12 at the Gainesville, Georgia, campus.

How did Offset build his net worth?

Offset, Takeoff, and Quavo founded "Migos" in 2008. The trio would originally call themselves "The Polo Club" before adopting the permanent title of "Migos." The group would release their first mixtape, "Juug Season," in 2011, with their smash-hit single, "Versace," gaining the group attention in 2013.

Migos would release their first studio album titled "Yung Rich Nation" in 2015. The record reached the #3 spot on the US Rap chart, #5 on the US R&B/Hip-Hop chart, and #17 on the Billboard 200. The group went on to have another smash success with their 2017 single, "Bad and Boujee." The trio teamed up with Lil Uzi Vert for the track, with the song becoming an internet sensation.

Offset raps the lyrics in the song, "raindrop, drop top." This line went on to become the subject of viral memes online. 2017 saw Migos release the second studio album, "Culture." The album debuted at the #1 spot on the Billboard 200 chart, reaching certified platinum status.

The trio followed up on their success with the 2018 release "Culture II." Offset also collaborated with 21 Savage and Metro Boomin on the 2017 release, "Without Warning." The album featured collaborations with Quavo and Travis Scott, peaking at the #4 spot on the US Billboard 200 chart.

February 2019 saw Offset release his first solo studio album, "Father of 4." Offset chose to release the record with Quality Control Music and Motown, featuring other solo artists like Cardi B, J. Cole, Gunna, Big Rube, Gucci Mane, and CeeLo Green. The album debuted at the #4 spot on the US Billboard 200.

Offset says he gets his inspiration for his music from his time with Takeoff and Quavo, and he also states that his relationship and marriage to Cardi B is another huge part of his success.

How rich is Offset?

With a reported wealth of $26 million, Offset has a long way to go to catch up to his wife's wealth, Cardi B. However, the couple lives together in their NYC home with their three children, Kalea, 6, and sons Kody, 6, and Jordan, 11.