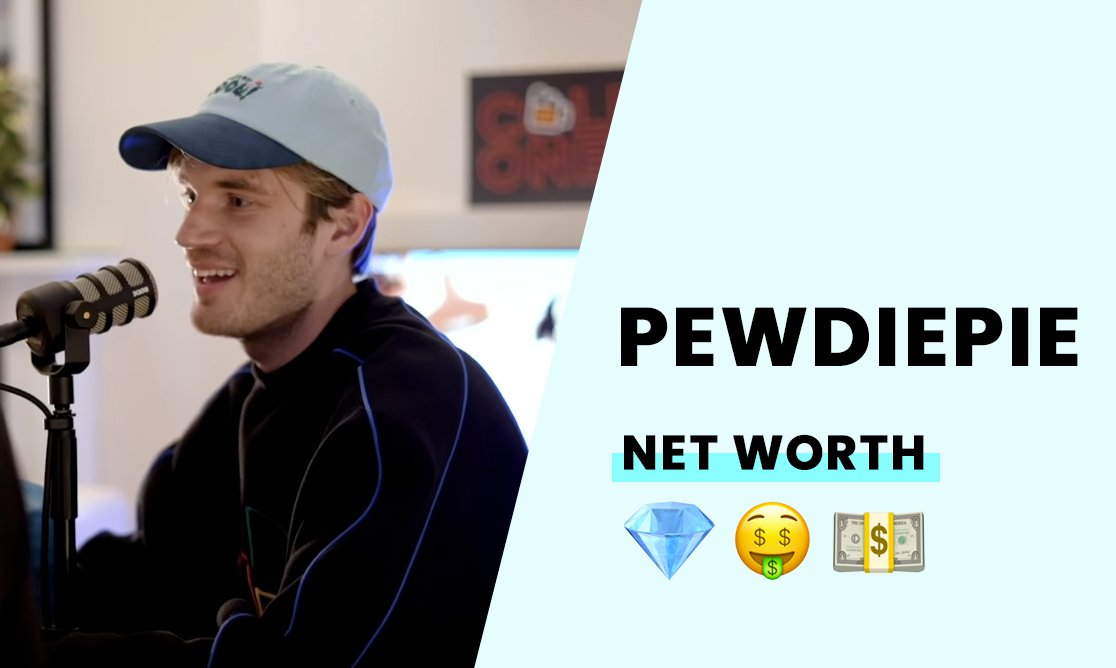 The estimated net worth of PewDiePie is $40 Million.

PewDiePie rose to fame as one of the first mega-influencers on YouTube. He’s the highest-earning YouTuber, and his channel has the 4th largest subscriber base on the platform. PewDiePie’s channel features him playing video games and other industry-related content.

Born Felix Arvid Ulf Kjellberg, on October 24, 1989 in Gothenburg, Sweden, PewDiePie’s parents are Lotta Kristine Johanna and Ulf Christian Kjellberg. PweDiePie’s father is an executive, and his mother is a Chief Information Officer.

PewDiePie has an older sister, Fanny, and he spent much of his early years playing video games before signing up for a YouTube account in 2013.

Felix graduated from Göteborgs Högre Samskola, enrolling at the Chalmers University of Technology to study a degree in Industrial Economics and Technology Management.

However, he found himself bored with his studies, dropping out to pursue a career in video gaming. Felix started selling photoshopped images online to save enough money to buy himself a gaming rig.

How did PewDiePie build his net worth?

PewDiePie built his fortune as a content creator on YouTube. Before the advent of Twitch, YouTube was the preferred platform for gamers to stream their content. PewDiePie was one of the first movers into the live stream gaming market, earning a reputation as the top gamer on YouTube.

He frequently earns the title of the top-earning YouTuber, and his channel has the largest following on the platform. Felix reportedly makes around $15 million to $20 million per year from his channel, and we estimate his career earnings at approximately $73 million.

PewDiePie also earns income through sponsorship deals on his platform, where a single shoutout can cost north of $450,000. Felix started his YouTube channel in 2006, under the original name of “Pewdie.” He got the inspiration for the name from the sound of guns firing; “Pew.”

The creator started to gain a following playing “Call of Duty” live. Felix launched the “PewDiePie” channel on April 29, 2010, after forgetting the password to his original account.

PewDiePie says he built his empire by being one of the first to recognize the gap in the gaming streaming market. He’s the inspiration for many top streamers on Twitch, and he says he never had any idea he was going to end up making so much money from his YouTube channel.

How rich is PewDiePie?

With an estimated net worth of $40 million, PewDiePie is the most successful YouTube creator of all time. He still streams through his YouTube channel, posting reaction videos, gaming content, and vlogs.

With more than 110 million subs to his YouTube channel, he has the fourth biggest following on the platform in 2021, behind T-Series (197m subscribers), Cocomelon (121m subscribers), SET India (118m subscribers).