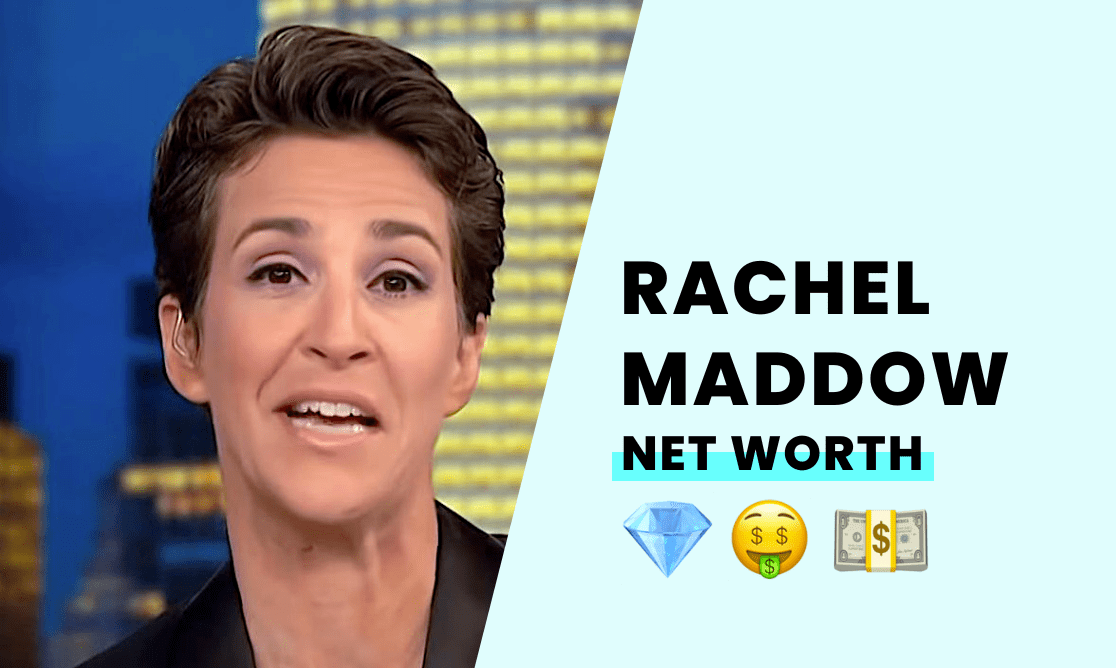 Rachel Maddow's net worth is estimated at $60 million.

How did Rachel Maddow build her net worth?

Rachel Maddow's net worth has been built on her salary as an anchor on MSNBC.

Maddow started her career on the radio in Massachusetts. In 2005 she was allowed to host her own radio show called "The Rachel Maddow Show." At around the same time, she started her television career.

In 2005, Maddow began making regular appearances as a panellist on Tucker Carlson's show, "Tucker." The two could barely be further apart politically.

Somewhat ironically for the liberal broadcaster, Roger Ailes of Fox News helped her find her footing in the industry with his technical advice. "It was a nice thing that he did for me, and it's been very valuable – it helped me get an advantage over my competitors," she told Rolling Stone in 2017.

In 2008, Rachel Maddow made it big. She was asked to take on the job as a political analyst on the "Race for The White House." She was very popular, and soon MSNBC launched "The Rachel Maddow Show." It quickly became one of the most popular programs on the channel, despite her tendency to launch into lengthy monologues.

Her salary was around $7 million, but in 2021, after Jeff Zucker attempted to poach her with a $20 million salary to be the face of CNN, Maddow agreed to a new contract with MSNBC, earning $30 million per year. She is the highest-earning news host on the station.

Maddow also has a podcast and writes for "Advocate Magazine." She is the first openly lesbian news anchor.

Besides her salary, Maddow has made money from the royalties generated by book sales and her small role as Vesper Fairchild in The CW's "Batwoman."

I loved being on the radio. Being paid to talk? It's like being paid to eat. ~Rachel Maddow

How has Rachel Maddow spent her wealth?

Maddow owns a colonial-style home built in 1869 on nearly 12 acres of land in Massachusetts. She calls it the "greatest place on earth."

In 2021, she sold her modern Manhattan apartment, previously owned by REM frontman Michael Stipe and with stunning views of the Hudson River, for $2.3 million.

How rich is Rachel Maddow?

Rachel Maddow is worth $60 million and makes $30 million a year as an MSNBC anchor.

No. Rachel Maddow was not born rich. Her father was a captain in the U.S. Air Force, and her mother was a school administrator.