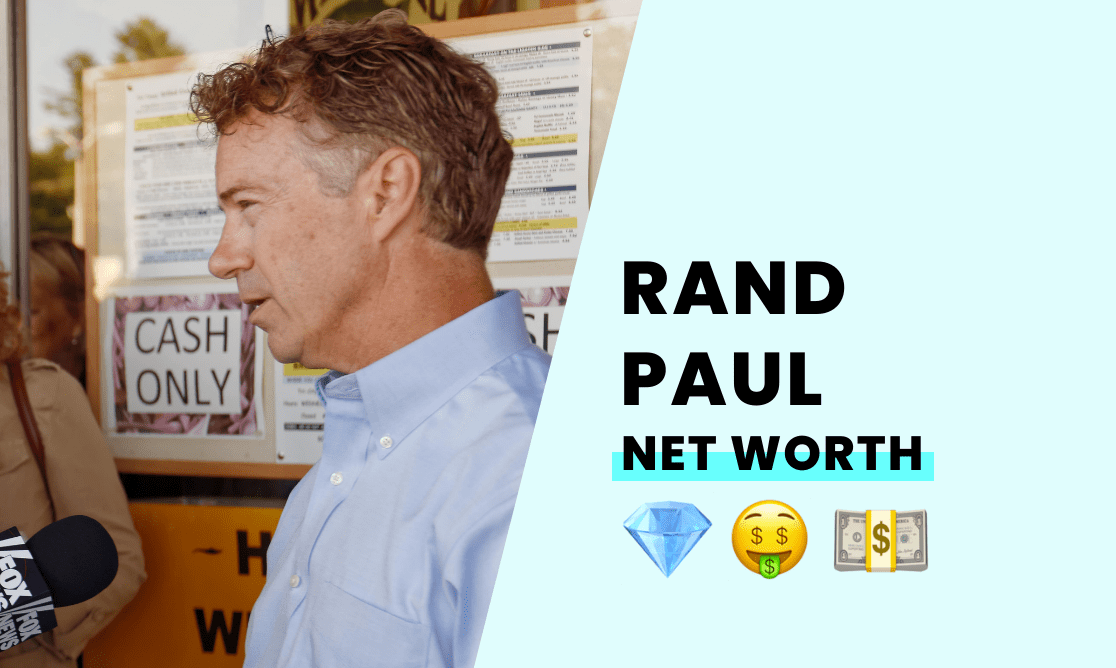 Randal Paul was born on January 7, 1963, in Pittsburgh, Pennsylvania. His parents are Ron Paul, a prominent politician and doctor, and Carol Paul. He was raised in Lake Jackson, Texas, from the age of five, after his family moved in 1968.

Rand went to Brazoswood High School. After graduating, he went to Baylor University but transferred to Duke University, where he ultimately attained a Master’s Degree in Medicine (Ophthalmology). He participated in swimming competitions and football during his school days.

Rand Paul is the middle child among his four siblings: Joy, Lori, Ronnie, and Robert. He is married to Kelley Paul, a freelance writer. The couple has three sons together.

How did Rand Paul build his net worth?

Paul worked solely in the field of ophthalmology for more than ten years until 2011, when he was first elected Senator of Kentucky with the Republican Party.

He first worked in Downing McPeak Vision Centers, then joined the Graves Gilbert Clinic, a private medical practice group in Bowling Green, where he practiced from 1998 until 2008. That same year he formed his practice across the street from his previous employer, Downing McPeak.

When he was elected, the two practices merged, presumably because Rand wouldn't have enough time. Paul's patients were invited to use the services of Downing McPeak at 1403 Andrea Street in Bowling Green. He's estimated to have made around $55,000 annually from his medical practice.

The filing also revealed that Paul had $15,000 - $50,000 in silver coins, plus investments in stocks and real estate. In total, his assets were worth approximately $1.8 million at the time.

Rand Paul's notoriety and fame have risen thanks to his fiery exchanges with Dr. Anthony Fauci during several Senate committee meetings.

How did Rand Paul spend his net worth?

Paul owns a collection of expensive cars, among them a Bentley Continental, BMW, Audi, and a Lexus. He owns a property in a gated community in Rivergreen. In 2017, several properties in the upmarket community went on the market ranging from $650,000 to $2.5 million.

Paul started an eye clinic in 1995 in favor of the less privileged people. The clinic, Southern Kentucky Lions Eye Clinic, offers free exams and surgeries. He believes that as a physician and a Christian, he is obligated to care for people’s health. He is a devoted member of the Lions Club International, which helps provide glasses and surgery to the less fortunate worldwide.

How rich is Rand Paul?

Is Rand Paul a millionaire?

Yes, he is a millionaire.

He was born into a comfortable and stable family home, but he was not born into riches.