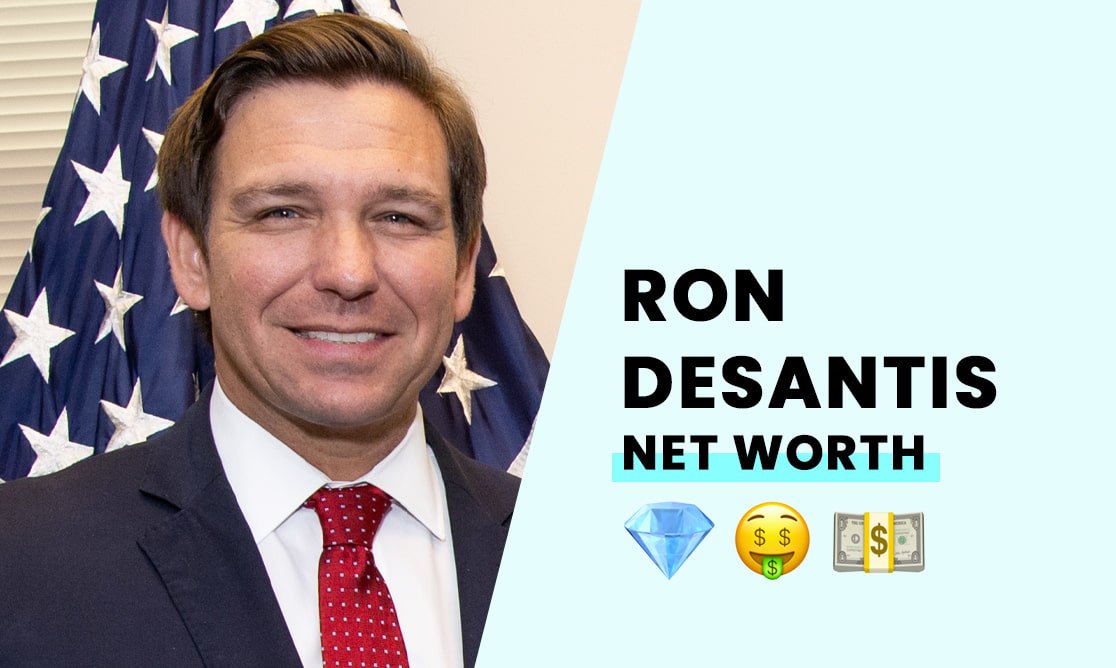 Ron DeSantis is best known as the Governor of Florida and a board-certified attorney. He is the 46th governor of the state and has held office in Florida since 2019.

Governor Ron DeSantis was born in Jacksonville, Florida, on September 14, 1978. He is the child of a long line of Italian immigrants who came to the U.S. in 1904. He grew up in Florida and had a sister who passed away in 2015. He was an avid baseball player and even joined the little league as a child.

DeSantis graduated from Dunedin High School in 1997 with good grades and attended Yale University, where he completed his Bachelor’s Degree in History. He spent a short time teaching history before he decided to get a law degree. He then attended Harvard University to study and graduated in 2005.

How did Ron DeSantis build his net worth?

DeSantis is estimated to have a relatively modest net worth of $350,000 or maybe as much as $1 million. Here's a closer look at the Governor’s income to better understand his current net worth.

Ron was a naval reserve officer. During his tenure in the service, he was assigned to the Judge Advocate General's Corps. This was while he was still a student at Harvard Law. He was also deployed to Iraq in 2007 and returned in 2008 to serve the Naval Region Southeast Legal Service.

He was appointed as an assistant U.S. attorney in Florida, remaining until his honorable discharge from the service in 2010. He ran for the U.S. House of Representatives in 2012, where he won for Florida District 6.

In 2018 Ron ran to become the Governor of Florida, a position that he secured and currently holds as of the date of this article.

Aside from savings from his previous jobs, he earns a salary from his position as the Governor of Florida. The annual salary is $134,181 each year, details of which are posted annually on the Florida Commission on Ethics website. Most of his net worth is in the form of assets, retirement plans, and savings in the Florida Retirement System.

DeSantis sold his home in Ponte Vedra Beach in 2019 for under $500,000 and has no other properties in his name. He resides in the Florida Governor’s Mansion at 700 North Adams Street in Tallahassee with his wife, Casey DeSantis, and their children. He is not required to pay rent during his tenure in office, which allows him to build his net worth.

How rich is Ron DeSantis?

Ron Desantis has built a net worth of approximately $350,000 - $1 million. He draws a salary from the State of Florida, which is funded by taxpayers.

We were unable to find much information on his parents. It would seem they led a fairly typical life and were not rich when Ron was born.

Is Ron DeSantis a millionaire?

DeSantis sold his home in 2019 for less than $500,000 and lives rent-free in the Florida Governor's Mansion. He was probably able to retain much of the proceeds of the sale and save much of his salary. It's unlikely that his net worth is much more than $1 million.

Is Ron DeSantis worth $52 million?

No. A viral tweet spread the rumor that he was worth $52 million. This conflated donations to his re-election campaign with his net worth, which is relatively modest.