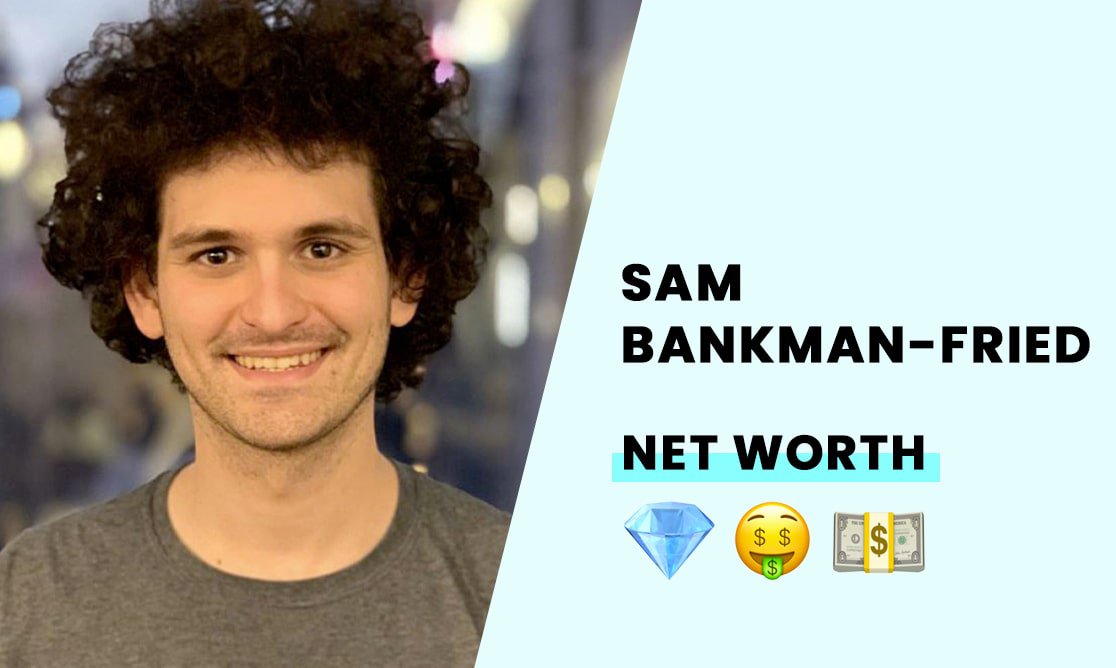 The estimated net worth of Sam Bankman-Fried is $22.5 billion.

Sam is best known as the creator of the highly successful FTX crypto futures exchange.

Crypto has come a long way in just the past few years. Sam got in at the best time, placing him among the top 400 richest people in the world.

While that may have given him the genes for finance, he was not a fan of education in his younger years.

Math camp during middle school, however, flipped the switch.

Sam graduated at the top of his class from high school and went on to enroll in MIT. He obtained a degree in advanced physics during his time there.

He also became a part of the fraternity Epsilon Theta and later went on to discover the benefits of effective altruism.

How did Sam Bankman-Fried build his net worth?

The short answer is that Sam worked on Wall Street before starting his own wildly successful crypto exchange. Let’s take a deeper dive into how he amassed his dramatic level of wealth.

Wall Street is where millionaires can be made overnight with the right stock picks.

For Sam, he went into his job at Jane Street Capital with the plan of using a generous portion of his large paycheck to invest back into key charities and causes.

He persevered in his position and donated to several causes during his time on Wall Street, while also growing his bank balance.

One of his friends got into the cryptocurrency game early on, but while he found it mildly interesting, he didn’t dive in at that time.

That changed in 2018 when he and Gary Wang founded FTX. Of course, the rest is history.

As cryptocurrency took off, Sam and Gary developed the exchange in various parts of the world to allow users to buy and sell their digital currency.

While he remains the youngest billionaire in the world, he plans to donate the bulk of his wealth to various altruistic causes.

Among other notable contributors, SBF was one of the top contributors to the Democrat Party for the Joe Biden election campaign.

Sam Bankman-Fried’s net worth is so high due to his wizardry with numbers and getting into the crypto market at the right moment.

He also practices something he calls effective altruism, which is mainly the philosophy of improving the world as a whole through researched actions.

He makes a point of earning money with the plan of giving it back to others.

This plan not only boosts his own wealth but also improves the stakes of specific groups chosen for investment.

How Rich is Sam Bankman-Fried?

He happens to be one of the richest people in the world at a valuation of just over $22.5 billion dollars.

Is Sam Bankman-Fried a crypto whale?

Probably yes. How much of his wealth is tied up in the FTX platform versus how much of any coin he owns is unclear.