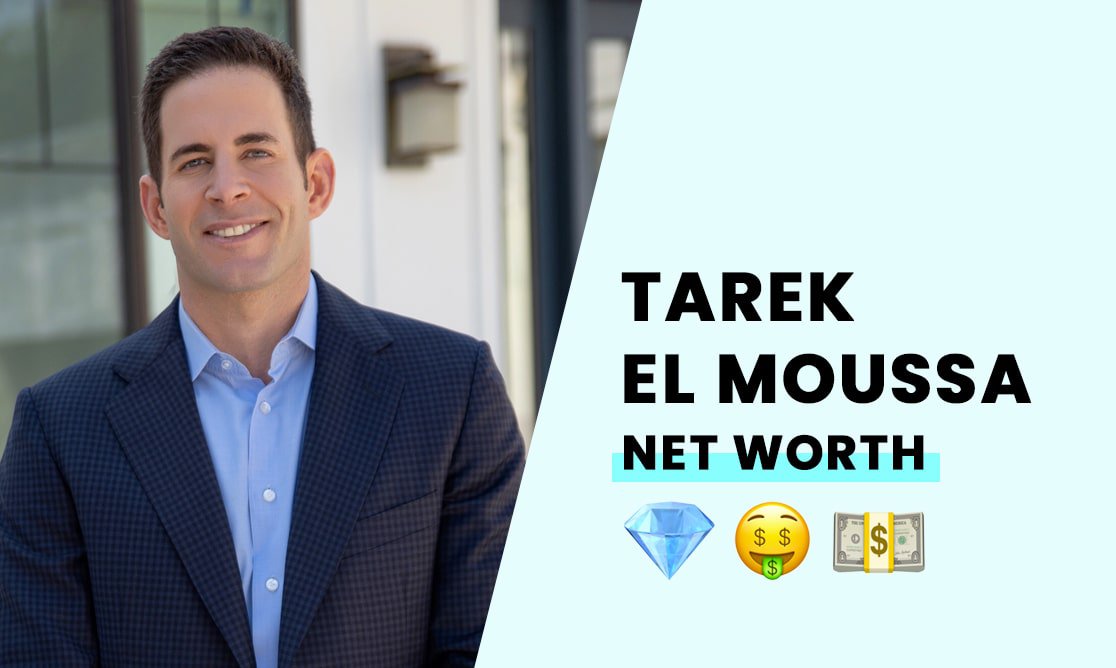 The estimated net worth of Tarek El Moussa is $10 million.

Tarek El Moussa is a reality TV personality and real estate investor, best known for his role as the host of "Flip or Flop." Tarek owns a real estate empire, along with his wife and fellow realtor, Christina Haack. Together, Tarek and Christina run "The El Moussa Group."

Born on 21 August 1981 in California, Tarek El Moussa is the son of a Moroccan national. In 2009, Tarek married Christina, and they have two kids, Brayden and Taylor. However, the couple divorced in 2016, citing the pressures of their careers as the cause for their split.

Tarek graduated from San Diego University, receiving his real estate license in 2002 at 21. For over five years, Tarek had an excellent career, setting records with his real estate sales. However, Tarek felt the market's pain in the 2008 financial crisis, and he adjusted his strategy to flipping houses.

How did Tarek El Moussa build his net worth?

Tarek El Moussa started his career in real estate at age 21. He gained his real estate license in 2002 and went on a string of sales of top homes, making himself a small fortune while earning himself a reputation as a top agent.

However, his business fell on hard times in 2008 during the economic crises, and he pivoted in flipping homes. During his career flipping houses, he met his wife, Christina, and the couple continued building their flipping empire.

One day, Christina had an idea for a TV show about the couple's career. They sent the audition tape to HGTV, landing a ten-season deal with the company to produce their show. The first episode of the show "Flip and Flop" aired on 16 April 2013.

After moving to California, the couple would also open a real estate agency named "The El Moussa Group." The couple says they moved to the stet because California has one of the biggest foreclosure rates in the country, and that's great for the business of flipping houses.

Tarek credits his success to living a low-stress and healthy lifestyle. He is a two-time cancer survivor, and he says his divorce from his wife took a toll on his physical and mental health.

He says he is grateful to have beat cancer and for the opportunity to make things better in his life. Tarek says that he likes laughing, and having fun is the best medicine for any health issue.

How rich is Tarek El Moussa?

With an estimated wealth of $10 million, Tarek El Moussa is a successful real estate investor and entrepreneur. He appears on his reality TV show, and El Moussa also has an investment in a construction company and a huge personal real estate portfolio.