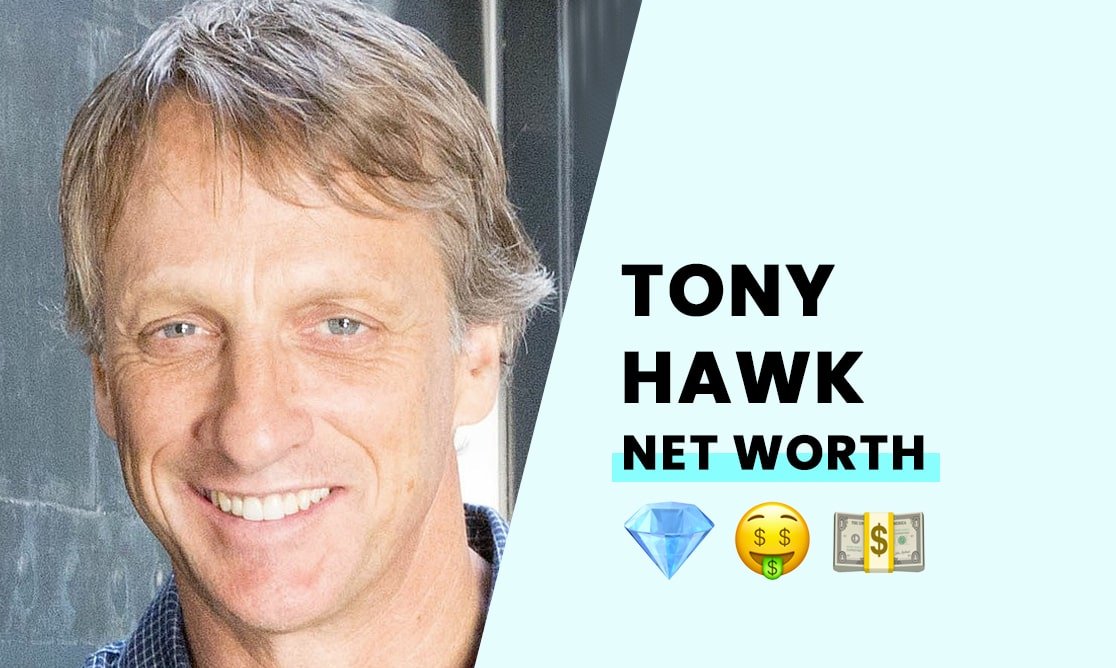 The estimated net worth of Tony Hawk is a whopping $140 million.

Not only is Tony Hawk a legend in the skateboarding world, he's also a recognizable name in sports, gaming and now NFT's. The man is part pro-skateboarder and part savvy business operator.

Tony Hawk's full name is Anthony Frank Hawk and he's also known as The Birdman. He was born and raised in Carlsbad, San Diego, California on May 12, 1968 and has three siblings.

Hawk attended Torrey Pines High School and did not attend college. Too busy skating. He began his career as the youngest skateboarder to become a nationally ranked competitor in the sport.

Tony Hawk's current partner is Catherine Goodman. He is no longer with Cindy Dunbar, Erin Lee and Lhotse Merriam. Tony Hawk has 4 children in total.

How did Tony Hawk build his net worth?

Tony Hawk began to make money from skateboarding at age 14 when he started by winning prize money at skateboarding tournaments and getting sponsored.

The longtime athlete was first sponsored by the Powell Peralta pro team in 1985. Then the rest of his skate career reads like who's who of board sports including Vans, Independent, Bones, and Nixon.

As his professional skating days drew to a close in 2003, Tony had more time to get into various business ventures as is the case for many professional athletes.

He founded his own skateboarding company called Birdhouse, a distribution company for skateboarding products called Blitz, and a video games series called Tony Hawk Pro Skater which was phenomenally successful.

How has Tony Hawk spent his wealth?

Hawk reportedly owns a 3-story apartment in Detroit, a house in San Diego, and a house in Encitas, California.

To get around Hawk owns a number of vehicles including Tesla Model S.

With his goal to give back to people and open opportunities to up and coming skateboarders, Tony started the Tony Hawk Foundation in 2002 to combat the lack of safe and legal skateparks in the US.

How rich is Tony Hawk?

Is Tony Hawk a millionaire?

Tony Hawk is a millionaire based on his net worth.

Is Tony Hawk a billionaire?

Tony Hawk is not a billionaire.