Will Smith's net worth 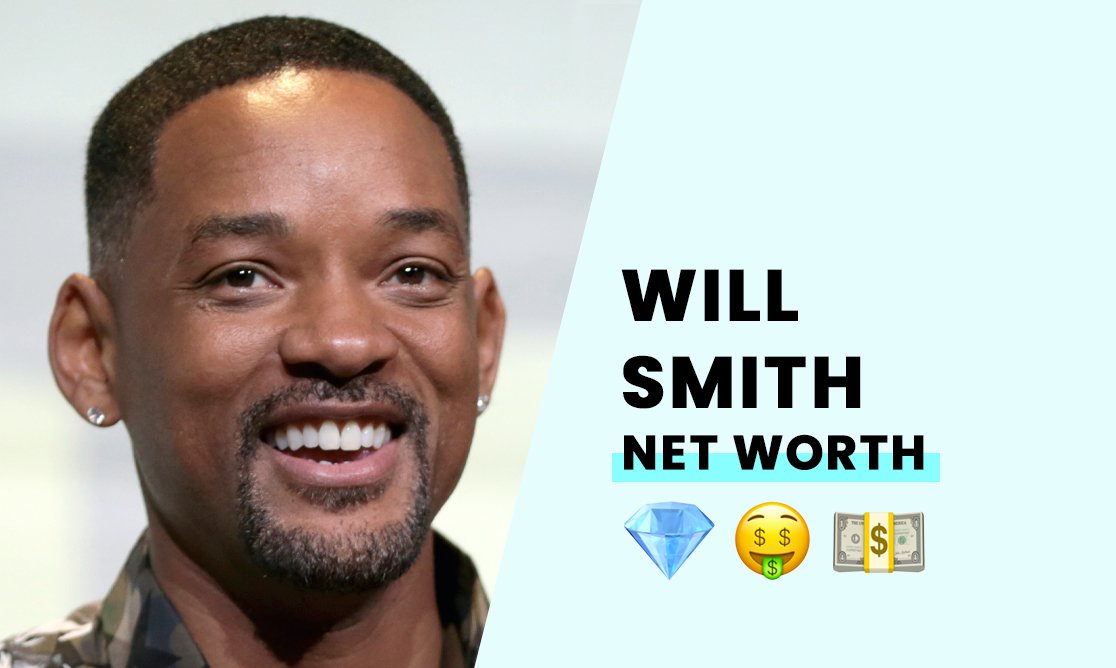 The estimated net worth of Will Smith is $350 million.

The Fresh Prince is an actor, producer, musician, and one of the most famous men in Hollywood. Will has a career spanning decades, and he's still one of the most in-demand A-listers in the industry.

Will averages an annual salary of between $40 million and $80 million for his movie roles, and he has hundreds of nominations and awards for his work.

Born in West Philadelphia, Willard Carroll Smith Jr. is the son of Willard and Caroline Smith. His father was a US Air Force Veteran and electrician, and his mother was a graduate of Carnegie Mellon University.

Will grew up in the neighborhood of Wynnefield, where he would meet childhood friend Jeffrey Allen Townes, the popular artist known as "DJ Jazzy Jeff."

Smith got his education at Overbrook High School. He was a good student, receiving a scholarship to study at MIT. However, Will had no intention of going to college, starting a career in music and acting instead.

How did Will Smith build his net worth?

Will started producing music and rapping with Jeff in the mid-80s. They caught the attention of Def Jam, signing to a record deal to produce the debut album, "Rock the House" in 1987.

The album went gold, and the duo went on to release "He's the DJ, I'm the Rapper" in 1988. The album sold over 3-million copies, and the pair would go on to release five studio albums.

However, Will hit Hollywood stardom with his role in "The Fresh Prince of Bel-Air" during the 90s. The show ran for seven years, between 1995 to 1997. DJ Jazzy Jeff would make several appearances in the show.

Will started his movie career with the smash hit "Bad Boys," where he starred alongside famed comedian Martin Lawrence.

The movie was a box office success, and he and Martin would do a sequel a few years later. Other notable box office successes for Smith include "Independence Day" in 1996 and the "Men In Black" Franchise, where he starred in the films alongside Tommy Lee Jones.

By the time his career peaked in the 2000's Smith was commanding a salary of between $20 million to $30 million per movie.

He recently experienced a career revival, signing movie deals with Netflix. He earned $20 million for his role in the 2017 Netflix Original "Bright" and $35 million for the sequel to the film. Will also has huge followings on social media platforms like TikTok, YouTube, and Instagram.

Will Smith believes that he earned his success through his drive and motivation to make it as a rapper and a celebrity.

He said he just kept focusing on what he wanted to achieve and recognized the opportunities when they came calling in his life. He also says he has a deep understanding of himself and his capabilities.

How rich is Will Smith?

With a reported wealth of $350 million, Will Smith is one of the most successful actors in Hollywood history.