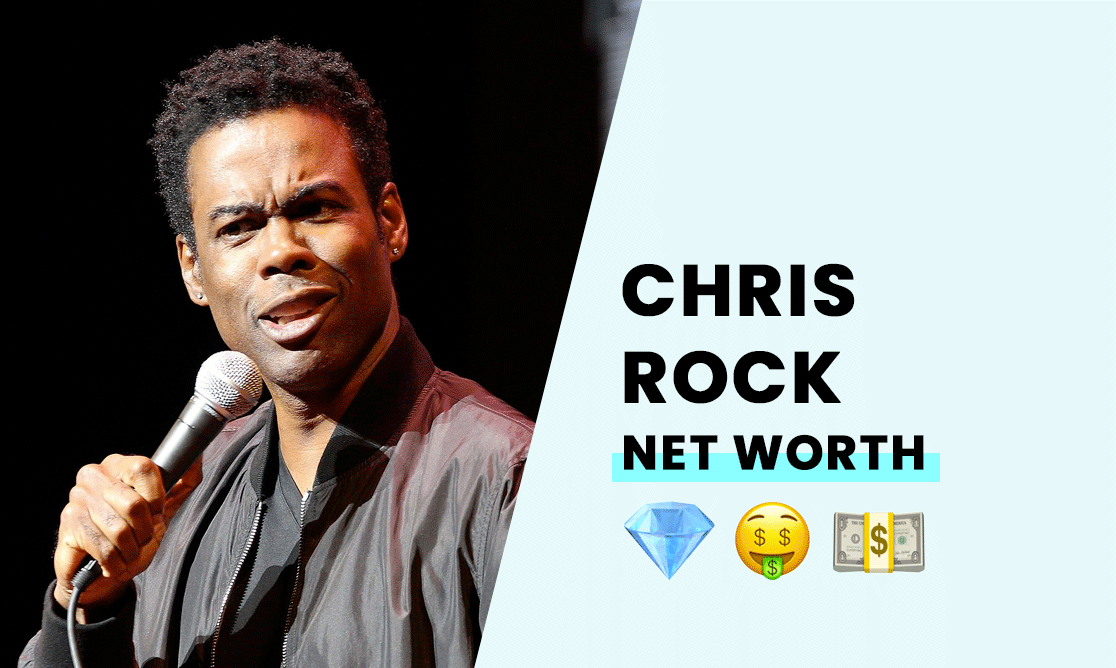 The estimated net worth of Chris Rock is at least $60 million.

Chris Rock, full name Christopher Julius Rock III, was born on February 7, 1965, in Andrews, South Carolina. He was raised in one of the poorest parts of Brooklyn, New York, with his family.

Rock attended James Madison High School in Brooklyn. As a black kid in a predominantly white school, he took a lot of bullying and physical abuse. His parents pulled him out of school when the bullying got worse.

The famous comedian and actor is now thought to be residing in Malibu, California.

He divorced his wife of 20 years, Malaak Compton-Rock, in 2016, which allegedly shaved tens of millions off his net worth at the time.

Rock has two children from his marriage to Malaak.

How did Chris Rock build his net worth?

Comedian and actor Chris Rock built his wealth from a long career in TV and Movie.

He got his start in the 1980s doing stand-up comedy in New York and got his big break into TV in the 1990s by joining the cast of Saturday Night Live.

Thanks to Eddie Murphy, he got a small acting part in Beverly Hills Cop 2 as a Parking Valet, which got him into movies.

And as his career continued to prosper in the 2000's he was able to land more prominent acting roles in films such as "Head of State" with Bernie Mac, "What to Expect When You're Expecting," 'The Longest Yard," and "Grown Ups" 1 and 2 with wealthy funnymen Adam Sandler, Kevin James, and David Spade.

He also moved behind the camera to produce and direct TV shows and movies.

Plus, as big kids will remember, he lent his distinctive voice to the character Marty in the animated movie "Madagascar."

Chris Rock's profile surged after he was slapped by Will Smith after making a joke about his wife's hair during the 2022 Oscars.

How has Chris Rock spent his wealth?

Over the years, Chris Rock has invested a sizeable chunk of his wealth into real estate.

His former family home in Alpine, New Jersey, is actually located in America's most expensive suburb – beyond that of Los Angeles or The Hamptons. It's probably worth more than $4 million but now belongs to his ex-wife.

Since the split from his wife, he is rumored to own a home in Malibu worth around $9 million.

The funny man of TV and movies also once owned a 3,700 square foot beautifully updated two-bedroom carriage-style townhouse in Brooklyn, listing it for around $3.85 million in 2017.

Among his collection of expensive cars, Rock is thought to own a classic Lamborghini Miura worth between $1.5 to $3 million.

How rich is Chris Rock?

Chris Rock is worth somewhere between $60 and $70 million.

Is Chris Rock a millionaire?

Is Chris Rock a billionaire?

No. He is not a billionaire yet, but he is one of the world's wealthiest and most successful comedians.

Chris Rock was not born into a wealthy family.

He has developed a successful career in TV and Hollywood based on his ability to make people laugh.