How does Bitcoin make money? 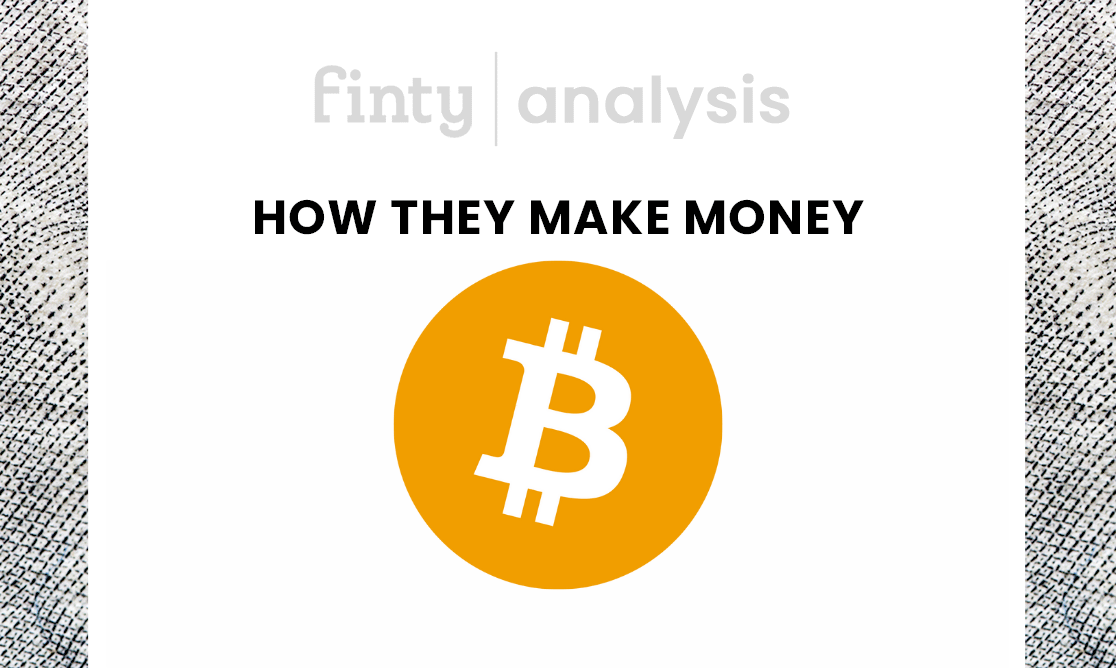 The question “how does Bitcoin make money” is actually a misnomer, but we’ll come at this in a couple angles.

Bitcoin is not a company in any sense but it is the world's premier cryptocurrency. Bitcoin makes money for those who hold it by becoming more valuable.

It is the brainchild of Satoshi Nakamoto, a pseudonym for the creator of the whitepaper, released in October 2008. No one knows the true identity of Satoshi.

What does Bitcoin do?

Bitcoin is attractive to people due to its decentralized nature. No government or financial entity controls the price of Bitcoin or any governance on its use. Experts hail it as an alternative to the dollar and the future of money.

The first block of BTC arrived on January 3rd, 2009. Initially, Bitcoin traded for less than a dollar. You might have heard the infamous story of a Florida man who ordered two Papa John's pizzas on May 11th, 2010, paying 10,000 BTC for the food.

How does Bitcoin work?

You can purchase or trade Bitcoin on "decentralized" (Binance, Kraken) or "centralized" (Coinbase, Crypto.com) crypto exchanges.

You'll need to register a wallet for transacting in BTC, allowing you to send BTC to anyone, anywhere in the world, with low transaction fees and fast processing times.

Miners "mine" Bitcoin "blocks," receiving coins with each block they mine.

Bitcoin blocks are in high demand, with miners across the globe competing for the remaining coins. BTC has a limited supply of 21-million coins, and experts expect miners to mine the last block in 2140.

Bitcoin “makes money” by offering investors, traders, and developers opportunities to make money from it. Let's look at the three ways you can make money with Bitcoin.

Mining BTC was very profitable in the early years of Bitcoin. However, as mining farms grew in size in China and the US, mining Bitcoin became very competitive and less profitable for smaller mining companies and single mining rigs.

Government bans on Bitcoin mining in China saw the US take a large percentage of market share from Chinese mining companies, like Ant Pool. Some investors state that the shift to the US for miners raises the risk of a "51% attack" where one mining group could gain control of the BTC network, manipulating the price.

Traders are not investors, and they hold for the short-term, not the long-term.

Investors in BTC, also known as "Hodlers," invest in BTC for the long term.

They buy dips in the price action, using "dollar-cost averaging" to lower their entry price into the market. They usually have investment horizons of three years or longer.

Developers building infrastructure for the Bitcoin network, such as "the Lighting Network," can earn fees from processing transactions and providing solutions to allow mass Bitcoin adoption.

Bitcoin has an issue with processing transactions in a timely manner.

However, the integration of the "Lightning Network" solves this issue, boosting the processing power of the BTC network to 1 million transactions per second.

However, some experts believe using Lightning centralizes the currency, removing its decentralized nature and benefits that made the digital asset popular in the first place.

Bitcoin is a "Proof-of-Work" (POW) cryptocurrency. It is under threat from other "Proof-of-Stake" (POS) crypto assets that don't rely on the miners to verify transactions.

BTC uses a huge amount of electricity to power its network, and ESG investors avoid it, choosing other POW assets, like Ethereum, PolkaDot, and Luna, in favor of the older POW model.

Some of the coins, crypto assets and commodities in direct competition to Bitcoin include the following: