How does Twitch make money? 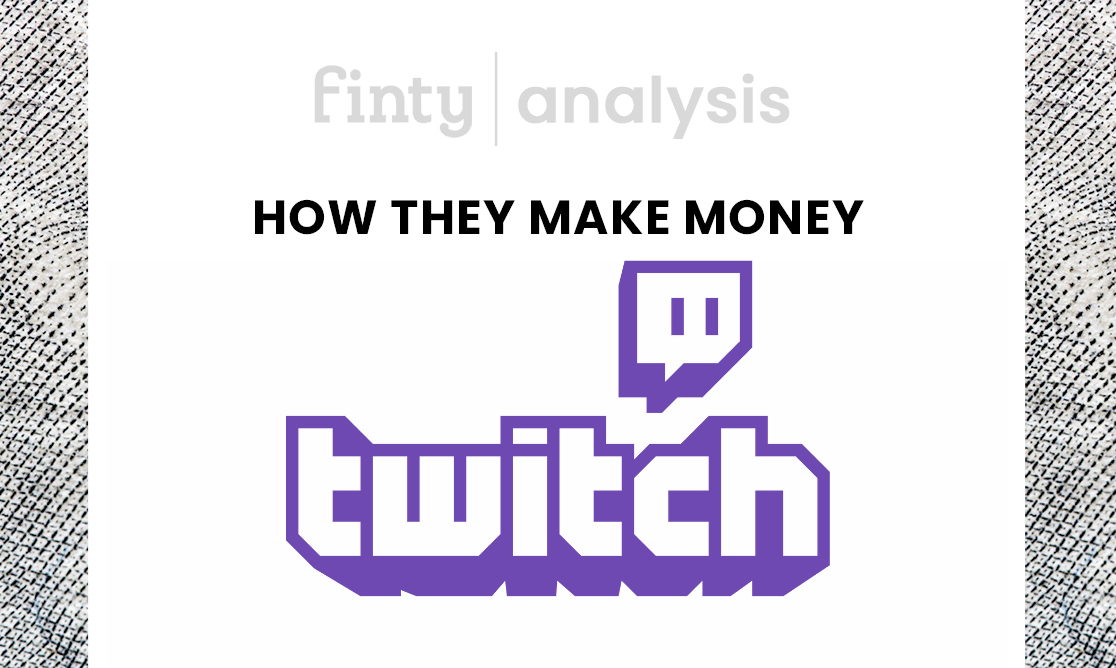 Justin Kan and Emmett Shear founded Twitch in 2007. The platform was originally launched as Justin.tv, rebranding to Twitch in 2014. Twitch has headquarters in San Francisco, California, and it has over 150-million registered users viewing and serving content on its platform.

Amazon acquired Twitch in 2014 for $970-million in an all-cash deal. At the time, Jeff Bezos, Amazon's CEO, saw the deal as a way for Amazon to enter the on-demand streaming market. The platform has 9.2 million streamers participating on Twitch, with the platform seeing a 135% growth in streamers in 2020 alone.

With the gaming sector going from strength to strength, this is how Twitch turns first-person shoot 'em ups into revenue.

What does Twitch do?

Twitch is an online streaming platform where creators can live stream content to their audience of subscribers. Twitch focuses on providing a platform for video game streaming, where viewers can watch their favorite streamers play video games and participate in a chat.

While the platform focuses on streaming gaming content, it also has a range of other genres streaming daily, including cooking, music, and art. The platform operates an on-demand content streaming service as well as its live streaming events.

Users can access the platform through its Android and iOS apps or a range of devices like desktops, Smart TVs, and Microsoft Xbox. Twitch allows its creators to engage directly with their fans through an online chat.

Users have the option of subscribing to their favorite creator's channels. They can make donations to the creator in chat and purchase merch from their store using the official Twitch currency, known as "Bits."

How does Twitch work?

Twitch changed the online streaming market forever. Previously, creators like PewDiePie dominated the streaming gaming market through platforms like YouTube. However, YouTube's algorithm and "Adpocalypse" event in 2016 saw an exodus of streamers from the platform to Twitch, boosting its user base.

Users can engage with creators in chat using various unique engagement tools to increase their fanbase. The platform was the first streaming service to introduce "emotes" or icons allowing users to post them in chat to express their feelings on the streamer's behavior.

Fans can show off their dedication to a streamer by subscribing to their channel for a fee. They receive a subscriber badge, allowing the creator to focus on their chat engagement over others who don't subscribe to their channel.

Twitch has low barriers to entry. Anyone with a computer, laptop, or internet-enabled device can start streaming as long as they have access to a camera and microphone.

Twitch makes money by charging fees on premium subscriptions, video advertising campaigns, and through commissions on merch sales. The company also has a dedicated cryptocurrency used on its platform, called "Bits."

Twitch users can subscribe to creator channels using a tiered subscription model. Subscriptions are available at price points of $4.99, $9.99, and $24.99 per month.

Twitch has an internal currency, "Bits," that users purchase and donate to streamers. Users can buy Bits packages, with price tiers of 100 Bits ($1.40) to 25,000 Bits ($308). Creators receive a portion of the Bits sales made by their subscribers.

The creator gets the lion's share of the rewards, earning between 60% to 80% of the Bits revenue. The platform's top earner is the streamer "Ninja," with estimated annual earnings of more than $25-million.

Twitch displays video ads on pre-recorded video content and during live streams. Creators earn a portion of the ad revenue based on CPM (Cost Per Mile) performance. CPM prices are seasonal, and pay-outs vary depending on the time of year, ranging from $2 to $10 per 10,000 views accumulated by the creator.

Twitch continues to grow its user base, with millions of new streamers joining the platform during the pandemic. Currently, the site has nearly 10 million streamers producing content.

Twitch competes with other tech giants for market share. Some of its top competitors include: